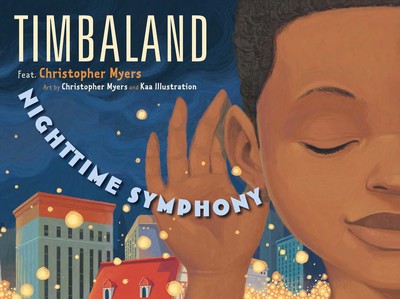 For this last post focused on the role of literature in supporting music’s importance as a multimodal approach to living and learning in the global society, we consider books that reflect the cognitive support between language and music. The development of both music and language for young learners has been revealed as a somewhat reciprocal process. Recent research, has revealed that the brain regions that process syntax are also responsible for other communicative forms such as music. Concepts about print, conventions of print, rhythm, rhyme and patterned texts are each nurtured by music. Phonological awareness and auditory discrimination of letters and notes, important in language learning, are also important in developing communication through music. Literature offers resources that support these processes. Poetry, obviously, provides rhythm and often rhyme; onomatopoetic words within text can sharpen listening skills; language can help develop a sense of dynamics, tempo, and emotional qualities; and books that point to the importance of listening to the sounds around us link the natural world as a form of communication.

While titles reflecting rhythmic and rhyming language are not difficult to identify, a few that appeared in 2019 caught my attention. Trains Run, written by George Ella and Ben Lyon with illustrations by Mick Wiggins, captures the rhythm and flow of trains with the graceful rhyming language and the repeated phrase of “Trains Run.” Pokko and the Drum, by Matthew Forsythe, tells of a little frog who receives a drum as a gift. Although she is told to play quietly, as she marches through the forest, other animals hear the sound and are compelled to join with their own instruments, thus creating a band. Listening to the sounds around them, these band members form an unlikely community collaboration. Another book speaks of listening to the sounds and music around us. In Timbaland by Christopher Myers, a father soothes his child by listening to the lyrics and harmony of night sounds. The Roots of Rap: 16 Bars on the 4 Pillars of Hip Hop by Carol Boston Weatherford and illustrated by Frank Morrison not only focuses on this musical form, but the lyrical words and rhythmic words and images support readers as they experience “wordplay rhyming, triple timing, keeping the lyrics real.”

In concluding this discussion, I want to share a favorite book that focuses on music and how it has been impacted by creativity and inspiration over time. Because by Mo Willems and illustrated by Amer Ren begins with the inspiration of Beethovan on Franz Schubert who wrote “Symphony Number 8 in B Minor” and continues to the time a young girl, so inspired by her first orchestra concert, that she begins the path to becoming an orchestra conductor. This book includes the various topics we mention this month in a story that speaks to music’s continuing power over time and literature’s role in creating understandings about music through story.

I look forward to other suggestions on this topic, since there are many more titles just from 2019.