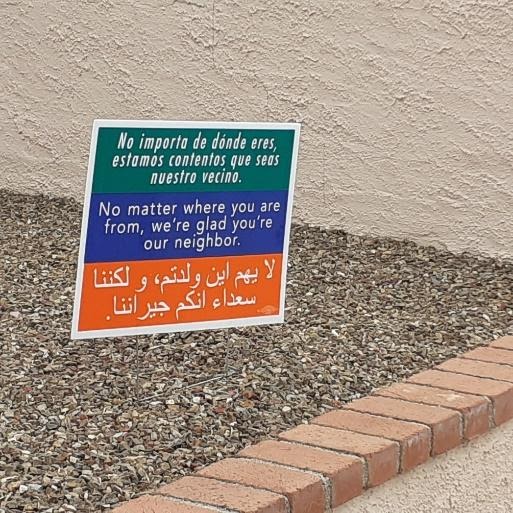 As I mentioned in in my first post for WOW Currents, I am interested in bilingual and multilingual picturebooks and how they arrange the different language texts on the page. To frame my research in this area, I use a sociolinguistic lens called Linguistic Landscape. This approach is more commonly used to examine how languages are displayed in public spaces (for example a streetscape) on signage, and it is interpreted as a reflection of the status and vitality of languages and their associated communities. Which languages are on printed signs, and which are handwritten? When several languages are on one sign, which is larger, which is first?

I have used this approach to examine the interior of picturebooks as if they were each a linguistic landscape of their own. Considering we often use the metaphor of entering another world when we read a book, this works quite well.

I began by examining bilingual picturebooks from New Zealand with English and Māori text. Te Reo Māori, or the Māori language, is one of two official languages in New Zealand, and while we have Māori medium education in New Zealand, educators in English medium settings are also being encouraged to bring more Te Reo Māori into their classrooms. Māori has a strong presence within New Zealand English in everyday usage, and has experienced a Renaissance since the 1980s; however, it is still an endangered language. For all of the reasons, there is an increase in the number of bilingual texts where the full text is given in both languages. When I looked at some of these books using a linguistic landscape lens, the books which had the explicit purpose of helping readers to learn Māori, gave the Māori text more space; it was often larger and given first. 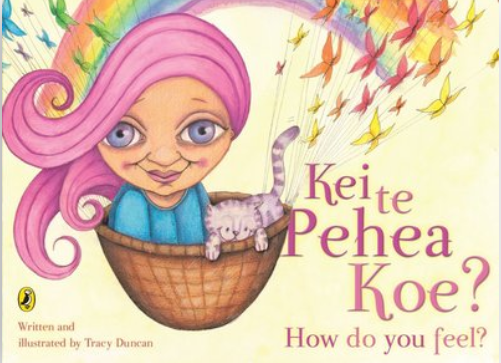 I went on to look at Spanish-English picturebooks in the Marantz Collection at Kent State University, and most of the books I looked at gave English priority over Spanish by giving it first–not necessarily larger–but also sometimes giving author bios and other paratextual information in English only. Someone I spoke to about why English often comes first in Spanish-English bilingual picturebooks discussed the idea that if Spanish came first, the books might go into a “foreign language” area of a book shop or a library and so would be less widely available. 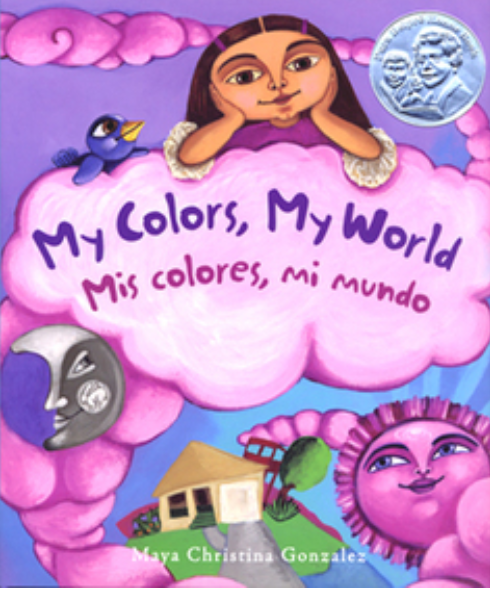 In 2017, I was based at the International Youth Library in Munich, Germany where I examined picturebooks with more than two languages. One, for example, contained 11 languages, representing all of the official languages of South Africa. When I researched the sociolinguistic context behind the country of publication of each of the books, the order and space given to each language usually represented the number of speakers of each language in that context; the languages with the most speakers came first, the language with the second most speakers came second, etc. Where this wasn’t the case, the languages included in addition the “host” country language (for example, Japanese) might be a range of international languages such as English, French and German, which you could imagine a parent may wish their child to know. Or, in one book that didn’t completely reflect the sociolinguistic context from which it came, when I researched the author, it was a reflection of the languages her family used. 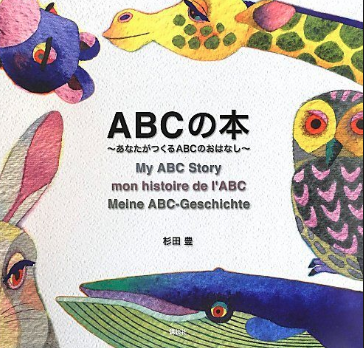 Of course, it makes sense that a picturebooks as a cultural artefact, reflects the sociolinguistic context in which it is written. In an article I wrote for The Conversation in 2018, I argue that picturebooks can also challenge these linguistic hierarchies, and particularly when there is an endangered indigenous language, they can be used as a tool to change the power structures behind every linguistic landscape.

Author Bio
Nicola Daly is a senior lecturer in the Division of Education at the University of Waikato, Hamilton, New Zealand where she teaches courses in children’s literature and language learning and pedagogy. Her research focus is multilingual picturebooks and her recent publications can be found in The Linguistics Landscapes International Journal, the Journal of Multilingualism and Multiculturalism, and the New Review of Children’s Literature and Librarianship. She has been a recipient of several fellowships related to her research in children’s literature including the Internationale Jugendbibliothek Fellowship (2017); Marantz Picturebook Collection Fellowship (2016); Dorothy Neal White Collection Fellowship recipient (2014), and most recently, the Fulbright New Zealand Scholar award (2019-2020). She has also co-edited several books including, Daly, N., Limbrick, L. & Dix, P. (Eds.) (2018). Understanding ourselves and others in a multiliterate world. London: Trentham Press.