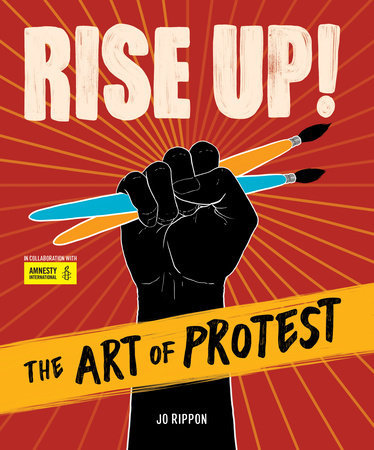 In a time of political division and global uncertainty, despair can be offset by hope through taking action to make a change; a perspective found in global books on activism and conservation. Instead of ignoring global issues or waiting for adults to take action, these books portray the commitment and actions of young people who act to make a difference. These themes go across nonfiction and fiction as well as across ages, providing young people with examples of real people who work for change and with story worlds in which characters act for a cause that matters to them. 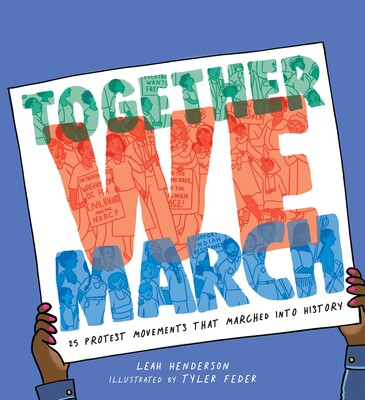 Nonfiction around activism and protest includes information books and biographies, many written for middle-grade readers, but accessible for all ages. Rise Up! The Art of Protest by Jo Rippon (2020) is organized around photographs of protest posters from around the world over the last 100 years related to human rights—gender equality, civil rights, LGBTQ+ rights, refugee rights, peace, and the environment. Inspirational quotes from key figures are woven throughout the book as well as information on peaceful youth protesters who “speak truth to power.” This book can be paired with Together We March: 25 Protest Movements that Marched into History by Leah Henderson (2021) with illustrations by Tyler Feder. This history goes across time and place to describe marches for human rights issues. Each protest is given a two-page spread that include lively language and bright cartoons of people carrying banners and posters. Kidstory: 50 Children and Young People who Shook Up the World by Tom Adams (2021) is a collection of short biographies of young people around the world who influenced a cultural, political, or social change, including activists, inventors, artists, and athletes. Each spread is illustrated and includes inspiring words from each young person along with the story behind their actions and achievements. Finally, Walking for Water: How One Boy Stood Up for Gender Equality by Susan Hughes (2021) with illustrations by Nicole Miles is the story of a boy in Malawi who learns about gender equality at school and realizes that his twin sister is denied access to education because of the amount of time she spends each day walking to the river for water. He comes up with a plan that ripples out to change many lives. These books highlight ordinary people who made a difference, encouraging children and teens to consider their own responsibilities and to engage in further research about the events and people briefly described in each book. 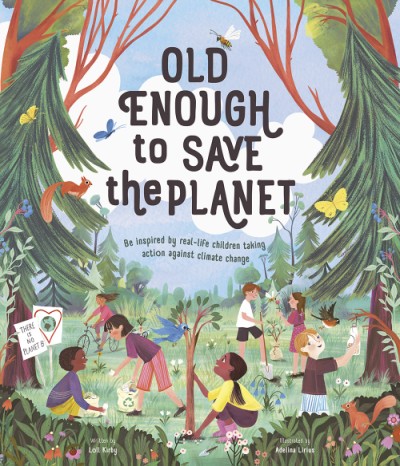 Environmental issues are also receiving attention in global literature. Old Enough to Save the Planet by Loll Kirby (2021) introduces 12 children from around the world who have made positive impacts in their communities as eco-activists, ranging from tree planting to composting to water conservation. Anna & Sumia: The True Story of Saving a Black Rhino (2020) is a picturebook about wildlife conservationist Anna Merz who shared her home in Kenya with an orphaned black rhino, Samia, carefully teaching her independence so she could return to the wild. Plasticus Maritimus: An Invasive Species by Anna Pego, illustrated by Bernardo Carvalho (2020) is translated from Portuguese. Pego is a marine biologist who warns of an invasive species in our oceans that she has named plasticus maritimus. She documents the plastics that fill the ocean and the harm they do to plants and animals and presents a seven-step action plan. If You Take Away the Otter by Susannah Buhrman-Deever and illustrated by Matthew Trueman (2020) examines the food chain on the Pacific coast of North America and details what happened when sea otters were hunted to near extinction, leading sea urchins to destroy kelp forests and endangering the fish that depended on kelp. When otters were protected by new laws, the losses were reversed and the kelp forests and all who depended on them returned. These books present the threats to our environment as very real but also make it clear that there’s still time to make changes and reverse the damage—but only if that action occurs soon before the damage is too great. 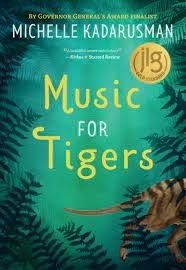 Environmental issues are also at the heart of fiction novels as young people are faced with difficult decisions that influence both their personal lives and the world. Music for Tigers by Michele Kadarusman (2020) is a middle grade novel about a Canadian girl who wants to spend her summer practicing her violin but finds herself instead in a Tasmanian rainforest camp with her nature-obsessed Australian relatives. She gradually uncovers family secrets, including their protection of the supposedly extinct Tasmanian tigers, and is transformed in the process. An intriguing middle-grade dystopia from Australia, How to Bee by Bren Macdibble (2020), is set in a future world in which bees are no more and farm folk manually pollinate flowers and fruits. Peony is taken from the farm she loves by her mother to the city where the wealthy live, leading to a decision of who she wants her family to be. Pairing this book with the visually stunning informational picturebook, Honeybee: The Busy Life of Apis Mellifera by Candace Fleming and Eric Rohmann (2020), would support discussion and continued inquiry. 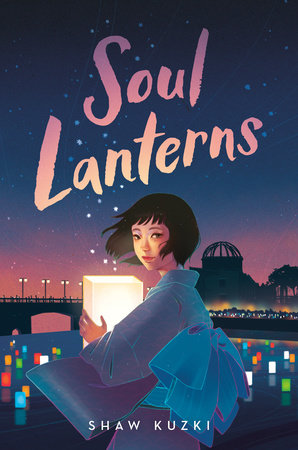 Realistic and historical fiction novels address social issues as well and the ways in which young people take action in difficult situations. Soul Lanterns by Shaw Kuzki (2021) is a translated contemporary fiction novel set in Hiroshima, where a memorial lantern-floating ceremony is held each year to commemorate those who died in the WWII bombing. Nozomi feels removed from this event, but her understandings change as she and her friends create an art project to uncover and share stories of hidden traumas with the community. Strong as Fire, Fierce as Flame by Supriya Kelkar (2021) is historical fiction set in 1857 India where 12-year-old Meera escapes a life in which she has no say and death on her husband’s funeral pyre to end up as a servant to a British general in the East India Company. When a rebellion against the British colonizers spreads, she must choose between the safety in a British household and standing up for herself and her people. Facing the Sun by Janice Lynn Mather (2020) is a young adult novel set in Bahamas where four friends experience unexpected life changes when a hotel developer purchases their community’s beloved beach. Told in multiple viewpoints, the book reveals the complexities of each girl’s relationships with the beach, their families and community, and each other.

These themes of children and teens taking action to make a difference for their friends, families, and communities are increasingly found in fiction and nonfiction, especially in books for middle grade readers. There portrayals recognize young people as responsible and able to contribute to their immediate communities as well as the broader global society. They provide readers with demonstrations of the personal courage and commitment needed to act in the midst of controversy and destruction as well as the strategies they can use to act with others to create change. In addition, these demonstrations are of ordinary people who do extraordinary things, giving readers a sense of possibility in their own lives. Given the many social and environmental uncertainties in our world, these books can make a difference in encouraging young people to take on this responsibility and recognize the need and possibility of change.

Journey through Worlds of Words during our open reading hours: Monday-Friday, 9 a.m. to 5 p.m. To view our complete offerings of WOW Currents, please visit its archival stream.