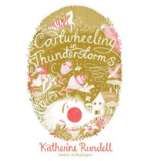 In the middle of a particularly good race on horseback, she had just swerved away, over a stack of firewood and off. It was one of the hazards of being her friend, that you might be left for hours, days-even once, a week–waiting for her to return, while she rambled over the bush, singing softly, eating fruit, telling stories to the aloe plants and birds. She was a funny one, and there was nothing you could do about it. (p. 11)

Wilhelmina Silver lives a life of complete and utter freedom on Two Tree Hill farm in Zimbabwe. Will, or Wildcat, as she is called by her father, the farm foreman, spends her days riding horses, saving monkeys, roasting bananas over an open fire, fighting and wrestling with her best friend, Simon, cartwheeling and finding beauty and joy in her surroundings. She is loved and adored by all on the farm, including Captain Browne, the owner. She is pure light, hope, and truth.

“It wasn’t until Will’s wildcat life came under threat that she realized how dearly she loved it” (p. 25). Will’s father becomes sick with malaria and dies, just as her mother did several years prior. Her love for her father is fierce and Will is heartbroken. Captain Browne promises to take care of her, but then marries Cynthia Vincy, who has no use for a child who is not like other little girls. Inevitably, Will is sent to Leewood School in England. She has known no other home or way of life than Zimbabwe and is taunted and bullied by the shiny, perfect girls who can’t see past Will’s different exterior and ways. Will shrinks and withers in this new environment, deciding to run away.

Katherine Rundell uses her lyrical and poetic writing to entice the reader into loving Wilhelmina and, in turn, makes us hurt for her as well. We admire her spirit and her joy of life. We root for her because she is uninhibited by the constraints of society. Rundell beautifully takes the reader into Will’s internal dialogue as she is persecuted for her differences. When all hope seems lost for Will, Rundell introduces the reader to tough no nonsense Mrs. James, who sees through Will’s rough exterior and brings to Will, and to the reader, hope that everything is going to be okay. “I do know how difficult school can be, my love. I hated it myself. If you go back, it won’t be like cartwheeling in sunshine. It would be more like cartwheeling in the wind” (p. 231). Rundell deftly weaves a story of the juxtaposition between beauty and ugliness in our world and teaches the reader about the importance of grit, perseverance, and resilience. Doing what is difficult can create beauty.

Will’s story is one of cultural differences bringing intolerance. The girls at Leewood are fearful of Will because she is so different. Will does not know the cultural code and is ostracized and belittled. This story will resonate with middle grade readers as they struggle with being understood. Other texts complimenting Cartwheeling in Thunderstorms are Stargirl (Jerry Spinelli, 2002), connecting intolerance of differences; Esperanza Rising (Pam Munoz Ryan, 2000), connecting the sharp contrast in cultural and socioeconomic differences; Each Kindness (Jacqueline Woodson, 2012), and The Hundred Dresses (Estes, 1945). These last two address similar themes of intolerance to difference, but show the reader that you may not be able to make it right if you choose to hurt with words and deeds.

Katherine Rundell spent her childhood in Zimbabwe, Brussels, and London. She is the author of Rooftoppers (2013), winner of the Waterstones Children’s Book Prize and the Blue Peter Book Award. Rundell is a fellow at All Souls College, Oxford. Her childhood in Zimbabwe was the inspiration for Cartwheeling in Thunderstorms. According to her biography, she begins each day with a cartwheel! More information about Rundell can be found on her website.