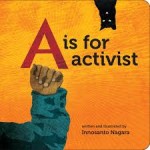 Innosanto Nagara’s ambitious declaration parallels Eel’s change of heart which initiated Karen’s and my month-long investigation into Responsible Citizens and Workers. A is for Activist embodies an edginess designed to encourage teachers and students to contemplate action. Our classrooms need to include more moments of agitation where teachers and students are nudged to evaluate their current lives and ponder civic responsibility.

Karen’s and my initial exploration into Responsible Citizens and Workers led us to consider subsequent steps for this next school year, when we meet new preservice teachers and seventh graders. This last blog is designed to show our expanding vision of possibilities based on this initial inquiry.

Our broader outlook on responsible citizenship led us to consider avenues for helping students take action to make a difference in their world. We hunted for role model citizens in new texts and quickly uncovered Niels Skov, a WWII Danish resistance fighter in Courage and Defiance. Sylvia Mendez, a Latino girl and her family who fought for school integration before Ruby Bridges, emerged from Separate is Never Equal. Protagonists like Parvana in The Breadwinner alongside real-life heroes like Irena Sendler in Irena’s Jars of Secrets soon appeared.

What follows is a compilation of text trios, Young Adult historical fiction or informational texts, alongside picture books, coupled with media resources, grouped to offer three different perspectives on one concept or historical time period. These text trios are designed to offer adolescent readers an opportunity to construct knowledge that “emerges through hopeful inquiry with others,” (Freire, 1986).

Related Media Resources for Teachers and/or Students
Immigration History Research Center, U of Minnesota, Immigration Stories – Past and Present

Picture Books
Which Side Are You On, Lyon, 2011

Picture Books
The Grand Mosque of Paris: The Story of How the Muslims Rescued the Jews During the Holocaust, Ruelle, 2010
Irena’s Jars of Secrets, Vaughan, 2011

Picture Books
Side by Side: The Story of Dolores Huerta and Cesar Chavez, Brown, 2010
Si Se Puede! Yes We Can: Janitor Strike in L.A., Cohn, 2005

Picture Books
One Well: The Story of Water on Earth, Strauss, 2007
The Boy Who Harnessed the Wind, Kamkwamba, 2012

Picture Books
Yasmin’s Hammer, Malaspina, 2010
This Child, Every Child: A Book About the World’s Children, Smith, 2011

Related Media Resources for Teachers and/or Students
Rights for Every Child, UNICEF
Teaching Guide for Smith’s This Child, Every Child

In closing, inspiration for Karen’s and my exploration came from three entities we must recognize. Grace Klassen, seventh grade English teacher from Exeter, California, initiated this investigation by sharing her Child Labor inquiry she developed 20 years ago. Deborah Hopkinson helped us imagine the potential within every citizen or student who chooses to accept her/his civic responsibility by offering insight from Niels Skov in Courage and Defiance. “Swim against the stream” (Hopkinson, 2015) is a notion we keep returning to as we consider next steps. Lastly we must express our gratitude to 45 seventh graders and 12 preservice teachers who keep pushing us to envision teaching as an active verb. We invite you to inspire curiosity and open-mindedness in your students and then take action in order to make a small contribution in your world.