Darryn Joseph is an author/illustrator based in Aotearoa/New Zealand with affiliations to the Ngāti Maniapoto tribe. He is also a university senior lecturer (a professor in American terminology) of Te Reo Māori, the Māori language at Massey University in Te Ika a Māui, the North island of New Zealand. In 2003, he won an award for a short story written in Te Reo Māori and was then commissioned by Huia Publishers (based in Wellington) to write a sci-fi chapter book in Te Reo Māori. RT3: Ki Tua o Rangi Ātea (2004) led to two further books in a trilogy: RT3: Ki Tua o K-T-Pae (2005) and RT3: Ki Tua o Tāwauwau (2006). In 2010, Hewa won the Library and Information Association of New Zealand Aotearoa (LIANZA) Te Kura Pounamu Award for children’s books in Te Reo Māori. According to Darryn, “Hewa is about a boy who wants to help protect his family and friends from a baddie. It involves American military software, a futuristic battleship called the USS Barack Obama and artificial intelligences gaining sentience and self determination.”

Most recently, Darryn had a bilingual picturebook published called Whakarongo ki Ō Tūpuna: Listen to Your Ancestors illustrated by Munro Te Whata (Oratia, 2019). The book is based on a poem Darryn wrote for a much-loved former English teacher and mentor who he was with as she lay gravely ill in hospital. During a night vigil he maintained at her bedside, he penned a poem in her honor. Several months later he rewrote the poem as a picturebook and sent the manuscript, unsolicited, to Oratia Press, who, to his surprise, said they wanted to publish it. 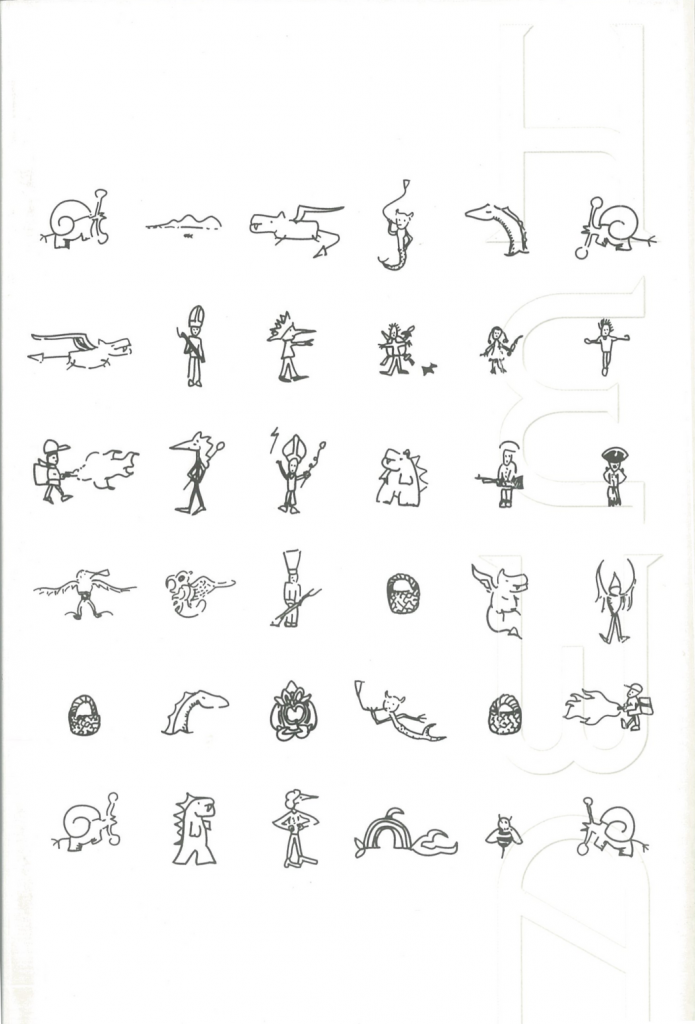 Darryn wrote the picturebook, Whakarongo, referring to a range of Māori Gods or atua. The gods he chose are the gods relevant to where he grew up in Taranaki, New Zealand. He chose both masculine and feminine gods. He refers to the well-known male god Ranginui, the Sky God here:

Relax now, girls and boys, and don’t stress out. Look up to the swiftly passing clouds cloaking your ancestor, The Majestic Sky Father.

Later he refers to Hine-raukatauri, the Goddess of Music, referencing an illustration of men and women participating in a music class in a retirement home:

All right then, keep moving, nannies and grandads, let’s not be lazy. Be entranced and entertained by this ancestor, Flute Music.

Darryn explains that the book’s reference to gods is strongly linked to a Māori proverb:

He kapiti hono, he tātai hono.

That which is joined together becomes an unbroken line.

He explains that this proverb is used in Māori culture to delineate the deceased from the living, and to remind those left behind that the departed leave a legacy. Their personage has now joined the collective culture and the web of life, the tātai whakapapa from the gods to humanity, reflecting a beautiful holistic philosophy where Māori gods are naturally embedded. 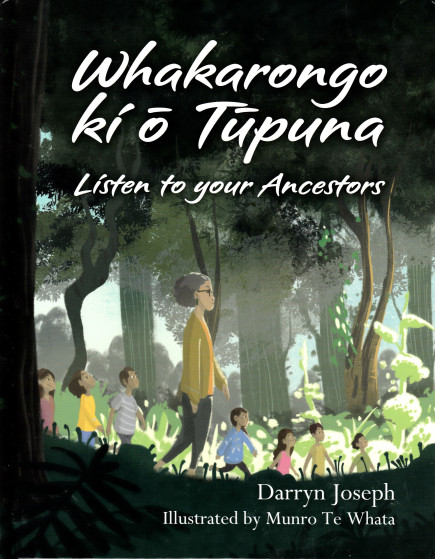 The beautiful richly-colored illustrations by Munro Te Whata depict many natural outdoor scenes of forests, trees, beaches and skies, and a strong Māori community. Space for the bilingual text is a natural part of each illustration, always Māori first and English second, presented in the same size type and font. Darryn explains that the book was not originally conceived as being bilingual but because of the smaller size of the publisher and the number of Māori readers, he was convinced to add English text to the original Māori text and make this a bilingual picturebook. He notes that had the book been published as originally conceived, as a monolingual Māori text, he would have missed some amazing feedback. For example, a company bought 100 copies to give to their employees, and a grandparent reported useing the bilingual text with a grandchild as a gateway to their shared Māori language learning.

Most of Darryn’s work is in Te Reo Māori, and when asked about the importance of children in Aotearoa/New Zealand having access to picturebooks and chapter books in Te Reo Māori, he replies that it is an issue of equity and access for there to be as many books available in Te reo Māori as possible. He notes that there are some laudable initiatives, but until he sees more works created “in the indigenous tongue by indigenous creatives and our own perspectives, such initiatives are a temporary, remedial action rather than a solution,” he believes “it is a fundamental right for all children to dream, to be inspired, to get annoyed, to experience gladness, sadness or even madness in their own tongue in their own way.” He explains that to have no literature written in your tribe’s mother tongue, or to not have access to that literature is “like planting your indigenous soul into a planter box of pop-culture plastic toys and saying, ‘There, now grow into something beautiful.'”

While Darryn would not divulge too many details about his books in progress, he did intimate that there is another picturebook in the offing. We can’t wait to see it!

Authors Corner is a periodic profile featured on our blog where authors discuss their writing process and the importance of school visits. Worlds of Words frequently hosts these authors for events in the collection. To find out when we are hosting an author, check out our events page. Journey through Worlds of Words during our open reading hours: Monday-Friday, 9 a.m. to 5 p.m. and Saturday, 9 a.m. to 1 p.m.