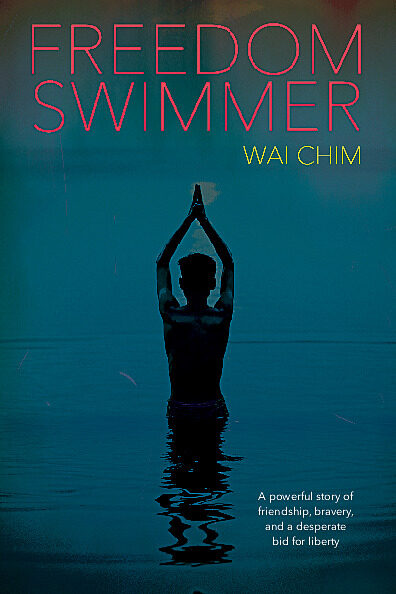 I recommend Freedom Swimmer because of the distinctiveness of the topic as well as the literary quality. This historical fiction novel powerfully captures life for children under the Communist Party during China’s Cultural Revolution. The book is inspired by events that transpired in the life of the author’s father after Mao Zedong seized control of the of government from his intellectual and political adversaries within the Communist Party of China.

In Freedom Swimmer two boys’ (Ming and Li) lives are affected by the political climate of the Cultural Revolution. Ming is from a rural community in which the government seized control of the land and forced laborers to work for the state in order to feed industrial workers. The effort did not go according to plan and famine and starvation became the norm. When Ming’s father is killed, trying to escape to Hong Kong and his mother dies, he is orphaned and forced to work in the fields. This is where he meets Li who is from the city and has been sent to the camp because Mao shut down schools and called for a youth mobilization effort to reject bourgeois values, intellectualism and lack of revolutionary spirit. The book zeros in on how the youth or Red Guards were brainwashed by propaganda to show allegiance to Mao. When Li’s father is murdered, the two boys decide to flee. They work out a plan to become freedom swimmers.

I will not spoil the ending, but want to emphasize that he writing is straightforward, yet gripping. The author captures both the unique circumstances Ming and Li face as well as the more universal experiences of friendship, love, grief and finding courage in the midst of terrifying times. The front and back matter add a great deal to the rendering of this story, which provides amazing insight into China’s history and the young people who lived through it. -Recommended by Desirée W. Cueto, Associate Professor, Western Washington University