October is LGBT History Month. Established in 1994, Rodney Wilson, selected the tenth month of the year because National Coming Out Day is celebrated on October 11 and the first national march for gay and lesbian rights took place in Washington, DC on October 14, 1979. In conjunction with LGBT History Month, this dozen features picturebooks and novels with trans* and trans*- accepting characters. Unlike stories with trans* characters published in the past, the plot lines in these stories reflect a shift from shaming, resistance, violence and tragic endings to affirming, understanding, compassion and positive endings. Trans* and trans*- accepting characters experience seemingly typical life challenges connected to friendship, belonging and discovering one’s identity. Additionally, in several novels the characters encounter challenges that might seem atypical like interacting with a brujo or the ghost of a deceased uncle, or hunting a monster alongside a creature that emerged from a painting. Ultimately, readers will find the characters, setting and plot lines of each story to be engaging, exciting and believable.

WOW invites you to read one, two or all of the picturebooks and novels featured this month as a way to celebrate LGBT History Month. Please consider adding the title of your own favorite story featuring trans* and trans*- accepting characters in the Leave a Reply box below. WOW would love to hear from you! 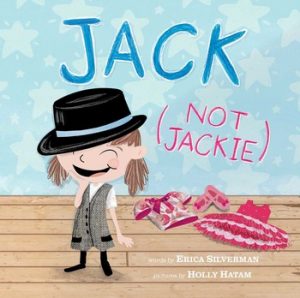 Jack (Not Jackie) by Erica Silverman & Holly Hatam (il.), 9781499807318, Little Bee Books, 2018.
Susu struggles with losing her baby sister Jackie until she realizes that she loves her younger sibling as Jackie or as Jack. 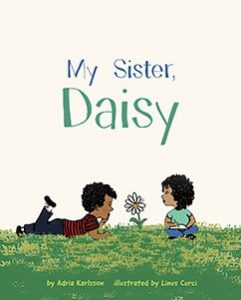 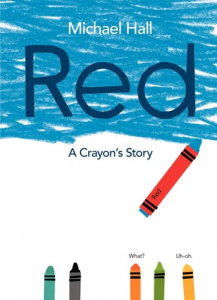 Red: A Crayon’s Story by Michael Hall, ‎9780062252074, Greenwillow Books, 2015.
Red struggles to align with the color printed on his label despite the tremendous support from the other crayons until Berry asks Red to draw a blue ocean &, with the other crayons, realizes the beauty of his true identity. 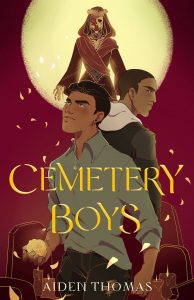 Cemetery Boys by Aiden Thomas, 9781250250469, Swoon, 2020.
Yadriel seeks his family’s approval of his true identities as a trans boy & a brujo only to discover that he doesn’t need anyone’s approval to be himself. 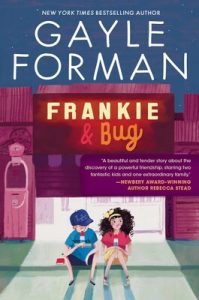 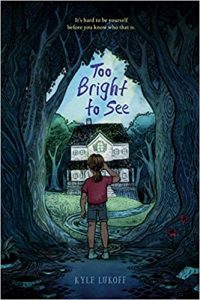 Too Bright to See by Kyle Lucoff, 9780593111178, Dial, 2022.
Tensions with Bug’s best friend Moira, feelings of sadness at the loss of a dear uncle and dealing with a ghost that is trying to tell Bug something very important make Bug’s summer break anything but fun & relaxing. 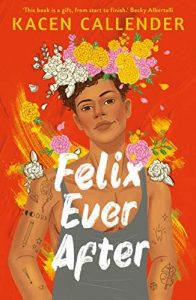 Felix Ever After by Kacen Callender, 9780062820266, Balzar + Bray, 2021.
Soon-to-be high school senior Felix wants to experience true love, but instead must deal with bullying, identity struggles & a father who still uses Felix’s deadname. 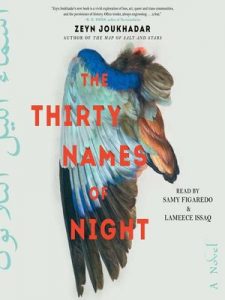 The Thirty Names of Night: A Novel by Zeyn Joukhadar, 9781982121495, Atria, 2020.
A young Syrian trans boy, who struggles with his mother’s untimely death, discovers a journal written by a famous Syrian artist in an abandoned tenement that might help him understand his past, his present and his future. 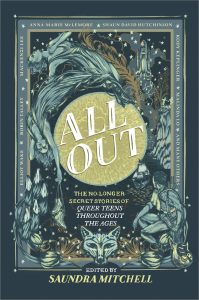 All Out: The No-Longer-Secret Stories of Queer Teens Throughout the Ages by Saundra Mitchell, 9781335146816, Inkyard, 2020.
Queer characters take center stage in this anthology of 17 historical fiction stories written by acclaimed YA authors of LGBTQIA+ literature. 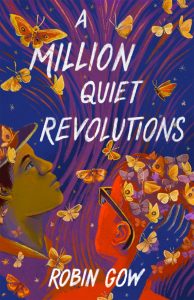 A Million Quiet Revolutions by Robin Gow, 9780374388416, Farrar, Straus & Giroux, 2022.
Separated by an unexpected family move, two high school trans boys are determined to keep their relationship alive by corresponding with each other as two young revolutionary soldiers, Aaron & Oliver, who the high schoolers pay homage to as they believe the soldiers were trans men in love with each other. 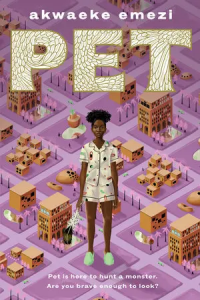 Pet by akwaeke emezi, 9780525647072, Knopf, 2019.
Jam, a Black trans girl, must decide if her utopian city of Lucille is truly free of monsters as the adults have claimed after she encounters a creature that has emerged from her mother’s painting & is now on the hunt for a monster of the worst kind. 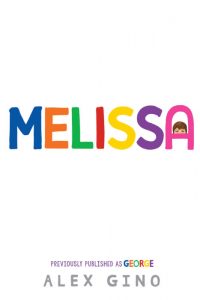 Melissa by Alex Gino, 9781338843408, Scholastic, 2022.
Previously published as George, Alex Gino & Scholastic have retitled the novel to respect the main character, Melissa; the young trans girl who is determined to play the character of Charlotte in the fourth-grade class play, Charlotte’s Web, & to share her true self with the world.