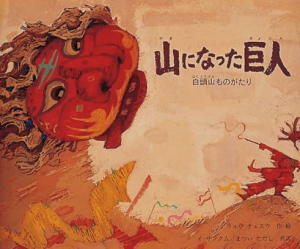 This month, Junko and I explore Korean picturebooks translated and published in Japan to analyze colonization patterns in Korea. In 1910, Korea was annexed by the Empire of Japan after years of war, intimidation and political machinations; Japan ruled Korea until 1945, the end of World War II. Until then, Korea was one of Japan’s colonies. During the Korean War that followed, South Korea established strong ties to the U.K.

Ten to 15 years ago, Junko and I noticed how picturebook representations of South Korea tend to have a particular postcolonial pattern–rural landscapes, folklore and traditional Korean holidays. Stories of contemporary Korea and Korean children’s childhood were not widely available as a traditional focus of Korean cultures and landscapes. Post-coloniality in those picturebooks was noticeable. Yet recently published books during the last 5 years challenge such textual experiences of international Korean children’s books in Japan. Korean picturebooks published recently in Japan explore broader topics of realistic fiction, contemporary childhood perspectives and celebrity authors.

A Look Back on Translated Korean Picturebooks
The following six Korean picturebooks translated into Japanese were published in Japan between the 1990s and early 2000s. Each book includes the Japanese publication date.

A Giant Who Became a Mountain by Jae Soo Ryu (1990). This text is a traditional creation story of the Baektu Mountain, located on the border of North Korea and China. The story focuses on a giant becoming a mountain who watches over the Korean peninsula. 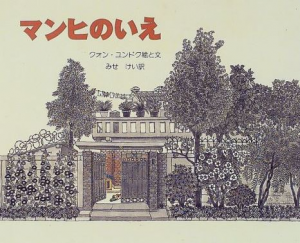 Mahni’s House by Jae Soo Ryu (1998). Mahni and his parents are busy packing for a move to their grandparents’ house, an old style Korean home in a city. Illustrations portray the old days of residential areas in cities like Seoul. Today, houses like Mahni’s have been removed as a part of city planning. Instead, old style homes are replaced with high-rise building filled with condominiums. Additionally, many old style houses are transformed into cafes and restaurants, forming entire streets filled with businesses for tourists. 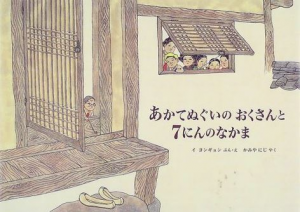 Needlework Ladies and Their Seven Fairies by Young Kyung Lee (1999). This Young Kyung Lee’s folk art style picture book tells the story of seven needlework fairies who start to talk and compete over their roles. They struggle over who serves the most important role and has the best talent for completing the lady’s needlework. The house, appearance of the sleeping needle lady and seven fairies are depicted through Chosun dynasty outfits and house styles. Perhaps this Chosun style is the most familiar image of Korean society in the past to mainstream audiences in Japan. 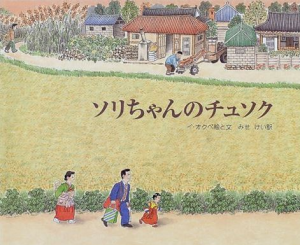 Sori’s Chusuk by Uk-bae Lee (2000). A girl visits her parents’ hometown in the countryside to celebrate Chusuk, the Korean Thanksgiving (Harvest Festival). She sees her grandparents expressing thanks to ancestors. The landscape of the town reminds readers of their annual holiday trip to grandparents’ places. 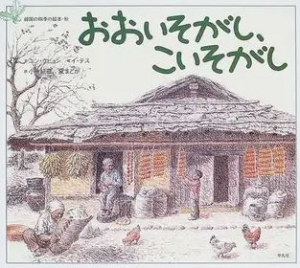 Busy Days by Goo Byung Yoon (2000)[1]. The story is set in a Korean village during the autumn season. A boy and his family are busy getting ready for winter. They gather crops, harvest rice, and make preserved foods such as wintering Kimchi and dried persimmons. The house, seen in an antiquated setting, may mislead readers to perceive the Korean country landscape as being older than typically seen today. 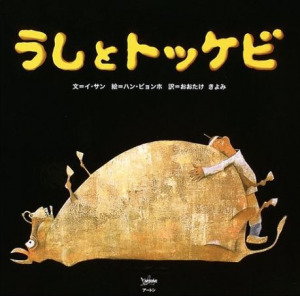 A Cow and Dokkaebi by Sang Lee (2004). Dokkaebi are nature deities. They can interact with humans using the extraordinary powers and abilities they possess. One day a boy happens to meet an injured Dokkaebi whose tail is bitten by a dog and he decides to take care of the deity.

These six books published at the close of the 20th century maintain a postcolonial pattern through a focus on spirituality, rural landscapes, folklore and traditional Korean holidays. 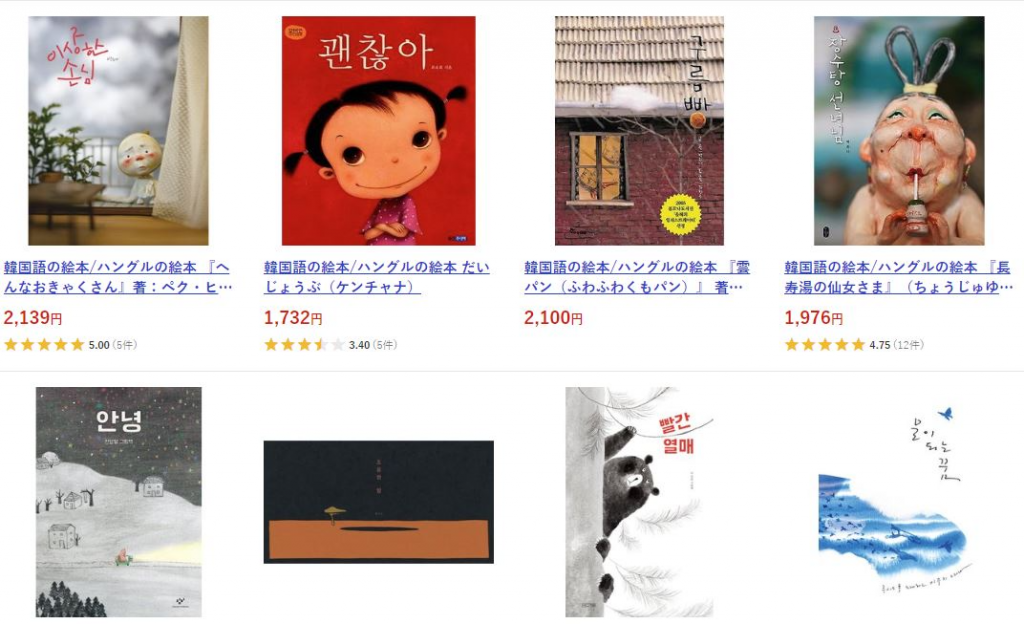 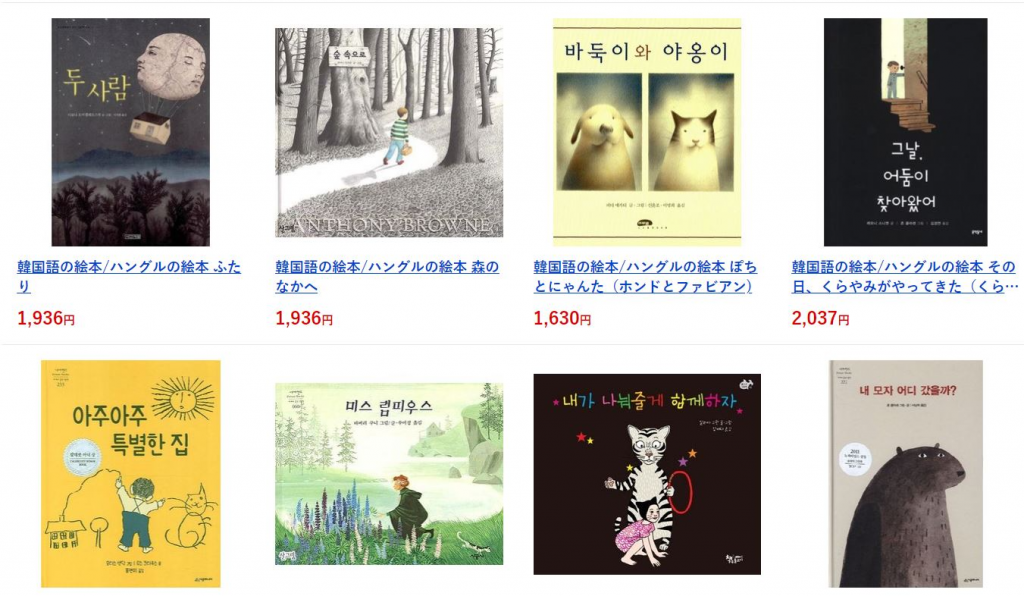 We feel encouraged by these recent Korean texts translated for the Japanese children’s book market, thereby encouraging former Japanese colonizers to embrace a more contemporary lens on Korea life, beyond a post-colonial perspective. In our second post, we will discuss Korean picturebook authors whose books and international status influence the market of translated picturebooks in Japan.