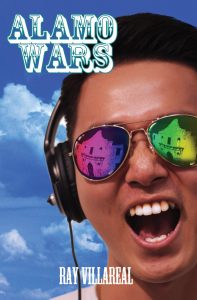 Josephine “Miss Mac” McKeever had taught English and Theatre Arts at Rosemont Middle School for so long that her colleagues sometimes joked that she would die in the classroom. So when she does just that, students, teachers, and administrators are stunned. After getting over the initial shock of losing their colleague, the staff agrees that they need to do something very special to acknowledge Miss Mac’s fifty-one years of dedication to the students at Rosemont and suggest naming the school’s auditorium after her. When Mrs. Frymire, her long-time colleague and friend, discovers a play written by Miss Mac years before, she knows that it would be the perfect memorial to present the play, Thirteen Days to Glory: The Battle of the Alamo, in the school’s auditorium named after her friend. But the teachers quickly learn that presenting a play isn’t as easy as Miss Mac had always made it seem, and soon the entire school community is in an uproar as conflicts related to the play emerge. Seventh-grader and Golden Gloves boxer Marco Diaz is, at first, excited to be chosen to play Jim Bowie, the brave Texan who defended the Alamo against Santa Anna’s Mexican Army. But his friend Raquel, an undocumented immigrant, calls him a sell-out because she believes the play makes heroes out of the people who stole her ancestors’ land. And Sandy Martinez, Miss Mac’s much younger replacement, finds the Mexican characters’ dialogue not only politically incorrect but downright offensive. Miss Mac’s friends, though, are adamantly opposed to making changes. Ms. Martinez also tries to convince them that giving certain students plum roles in exchange for their parents’ contributions is wrong, but ends up leaving the production in frustration. Meanwhile, rehearsals only serve to increase the tension between Marco’s friend Izzy Pena and the school bully Billy Ray Cansler. And it’s only a matter of time before Billy Ray corners Izzy when Marco isn’t around to protect him. Weary from struggling with disruptive kids, teachers and kids dropping out of the play, and parents with unreasonable expectations, everyone begins to wonder if they should just give up and cancel the production. Is it too much to expect everyone to work together to pay homage to a long-time friend and teacher?