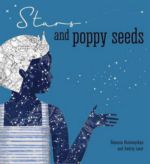 Many years ago, when animals had the shape of men, the Caracara and the Hawk celebrated the coming of age of their daughters. They invited the most famous drummer of all, who came with his beautiful yellow and black sequin cape. On the third night of the celebration, the guest enchanted the three loveliest girls… This Guajiro legend explains the origin of butterflies, bees and hummingbirds, and tells why the tortoise carries a shell on its back.

Safia Dirie is a teenage girl living in East London with her mother, Hoyo, and two older brothers, Ahmed and Abdullahi. Though she was born in Somalia, she doesn’t remember much of  it — Safia’s a London girl, through and through. But now, after 12 long years, her father, Abo, has returned to the family from war-torn Mogadishu. Safia knew things would change, but nothing could have prepared her for the reality of dealing with Abo’s cultural expectations. Or that Ahmed, her favorite brother, would start to run wild. And she herself certainly didn’t expect to find her cousin’s party-girl lifestyle so tempting. Safia must come to terms with who she is — as a Muslim, as a teenager, as a poet, as a friend, but most of all, as a daughter to a father she’s never known. Rooted in Somali and Muslim life, this poignant and beautifully written novel about one girl’s quest to find her own place in the world strikes a chord with young readers everywhere.

Read more about From Somalia with Love in WOW Review.

In a rainy town in the north of England, there are strange goings-on. Dad is building a pair of wings, eating flies, and feathering his nest. Auntie Doreen is getting cross and making dumplings. Contest barker Mr. Poop is parading the streets shouting louder and louder, and even Mr. Mint, the headmaster, is not quite himself. And watching it all is Lizzie, missing her mam and looking after Dad by letting him follow his newfound whimsy. 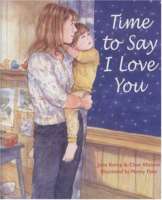 In this sweet, touching story, a mother tries to choose a time to tell her little girl how much she loves her. Over the course of a beautiful day at the seaside, the two roam over sandy beaches and grassy hills as the mother searches for just the right time and spot.