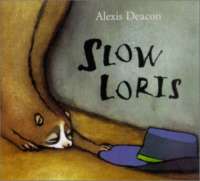 Slow Loris lives in a zoo may have a boring life during the day, but he has a secret. At night, while the rest of the zoo is sleeping, he feeds in the trees, seldom coming down at all. 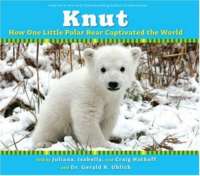 When Knut was born, the first polar bear cub at the Berlin Zoo in more than thirty years, he was no bigger than a snowball and unable to care for himself. His mother, a rescued East German circus bear, didn’t know how to take care of Knut and rejected him. Knut would have died if it weren’t for Thomas Dorflein, a zookeeper who nurtured Knut, feeding him, sleeping with him, and giving him the love and attention Knut needed to thrive. But Thomas wasn’t the only one who adopted Knut. The adorable little polar bear captured the world’s attention, and now Knut is loved around the globe.