In 1946 Eva arrives in New York City, from the rubble of Berlin, supposedly looking for a new life, but actually seeking justice against the Nazis that “escaped” with the help of the CIA; one in particular, the doctor who knows who Eva really is, because her identity is the product Project Bluebird, an experiment of the concentration camps involving brainwashing and mind control, which both the Americans and the Soviets would like access to–and Eva does not know if she can trust anyone she meets, least of all Jake Katz, the young man she is attracted to.

Fourteen-year-old Ahmed, a Syrian refugee, and thirteen-year-old Max, an American boy, are bound by a secret that sets them on the adventure of a lifetime.

Born in Nazi Germany in 1936, Max is raised as the perfect Aryan but questions his teachings upon learning that his friend Lukas, a Polish boy snatched from his home to be “Germanized,” is secretly Jewish. 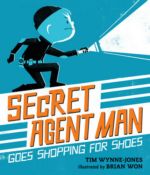 Secret Agent Man (S.A.M.) needs new shoes. His mom — er, sidekick, “K” (short for Kay) — takes him shopping. But the operation will be dangerous: to start with, Shoe Store Man looks shifty. “Frisk him,” says S.A.M. With the help of a Team of Expert Spies and keen observation skills, will Sam find that his brand-new tiger-striped shoes convey a new superpower . . . and that he can now tie his own shoelaces?

The kingdom of Goredd: a world where humans and dragons share life with an uneasy balance, and those few who are both human and dragon must hide the truth. Seraphina is one of these, part girl, part dragon, who is reluctantly drawn into the politics of her world. When war breaks out between the dragons and humans, she must travel the lands to find those like herself—for she has an inexplicable connection to all of them, and together they will be able to fight the dragons in powerful, magical ways.

As soon as she saw it, Miro Mananui knew what it was. An owl, its cryptic colors flaring with the dawn. Who has the owl come for? Whose name has it cried out to Miro Mananui the Matua of the village of Waituhi? In Whanau II, many lives and many stories intersect. The passionate Mattie Jones bears a horrifying secret; Tama Mananui makes the most of an arranged marriage with a woman twenty years older; Nani Paora holds the key to the past and a history filled with bloodshed; and his grandson Pene may well be the key to the future. Pita Mahana’s attempts to reinstate the past set in train events that lead to the return of the owl for its victim. 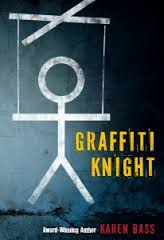 A sci-fi military thriller perfect for kids who love Halo and Call of Duty! February 2033. Things are not good. Recon Team Angel has been shut down, and if the alien forces manage to cross the frozen Bering Strait from Russia into Alaska, then humanity has lost the war. So far the aliens seem to be marshaling their resources, preparing for their invasion. But something isn’t right—at the control center, two Navy Seal teams have vanished without a trace. Did they lose their way on the ice? Or is something terrible happening? Recon Team Angel is secretly reinstated and authorized to investigate. What will they find in the frozen tundra? This could be their most chilling mission yet.