I have been teaching for 17 years, most of those years in kindergarten and first grade. This is my third year of teaching fourth grade but my first year of teaching at Loma Linda Elementary. When I went into teaching, I always thought that I would stay teaching in the lower primary grades. Never had I thought that I would teach fourth grade. Never had I thought I would enjoy it as much as I do. I guess the saying is true: Never say never. Teaching fourth grade has been a wonderful experience. I enjoy the conversations and bonds that I have formed with the fourth graders in my class.

I am privileged and honored to be a part of a new program called Story Explorations, brought to Loma Linda Elementary by New Mexico State University (NMSU). Story Explorations is a brand new Out-of-School Time Program that is part of the NMSU STEM Outreach Center.

Story Explorations for grades 4-6 takes place after school, twice a week from 3-4:30 p.m. Many of the activities in Story Explorations focus on the six language arts: reading, writing, speaking, listening, viewing, and visually representing (NCTE, 1996). Each of the activities throughout the program build on each other. Each activity is presented with a purpose, some background information, and many visual representations.

At the beginning of each activity I make sure to go over expectations and objectives with students. I also make it a point to invite connections for students. I find making connections to be very conducive for the students as a critical reading comprehension strategy that helps them make meaning of what they are reading. When students make connections to the texts that they read, they make sense of what they read. They also retain the information better and engage more with the text itself.

During their time in Story Explorations, students explore various genres including fairytales and fairytale variants, poetry, and folklore. During the program duration, students engage in literacy and STEM activities that promote and expand comprehension and their creative thinking. I also notice how Story Explorations leads to students’ individual creativity.

During one of the first Explorations, students were reintroduced to the classic fairytale of Jack and the Beanstalk (Kellogg, 1997). The classic fairy tale tells the story of a poor country boy named Jack who trades the family cow for a handful of magic beans, which grow into a giant beanstalk reaching high into the clouds. When Jack climbs the beanstalk, he finds himself in a castle with an unfriendly giant who has many riches.

Following this Exploration of the classic story, students were introduced to a fairytale variant called Juan and the Pinto Bean Stalk (Marcantonio, 2005), which has an injection of modern Latinx culture, providing a twist on the traditional forms while sustaining a freshness of their own (see Flores in this issue of WOW Stories for a summary of Juan and the Pinto Bean Stalk). For example, instead of selling a cow, Juan’s mother sends him out to sell the family car who they named Old Vaca. Vaca is the Spanish word for cow. Another example, instead of Jack’s mother being concerned about Jack working on the farm, she is more concerned about Juan doing something with himself, going to college, getting a degree, and a better job.

Responding to Stories with Tableau and Soundscapes

The Story Explorations for Juan and the Pinto Bean Stalk (Marcantonio, 2005) invite students to use drama as a response to the story. Students were introduced to a Tableau, which is visual recreation of a still or frozen scene from the story. They were also introduced to another reader response strategy called Soundscapes (Leland et al., 2017). Soundscapes are based on the work of Foley artists, the people who create sounds to make a movie or TV show more realistic.

For the Tableau strategy students worked in small groups of four or five to recreate a scene of their choice from the story using facial expressions and poses with their body to convey action or movement and to help students visualize the characters, setting, and plot to further increase comprehension. Props were not necessary but students enjoyed creating them for their Tableaux.

Some students gravitated toward the actual climbing of the beanstalk. One student positioned green streamers on the floor to look like the beanstalk. He pretended to climb up the beanstalk and used his hand to show he was looking a long way down (See Figures 1 and 2). Another student played the part of the giant saying “Fe fi fo fum. I smell the blood of an Englishman!” This verse is heard in both Jack and the Beanstalk (Kellogg, 1997) and Juan and the Pinto Bean Stalk (Marcantonio, 2005). Students recognized the verse as alliteration. Students had learned about alliteration in a previous lesson in their regular day time class. Students were able to identify the repetition of sound which they said gave them a visual cue as to what or how the giant acted anytime Jack/Juan was in the castle. 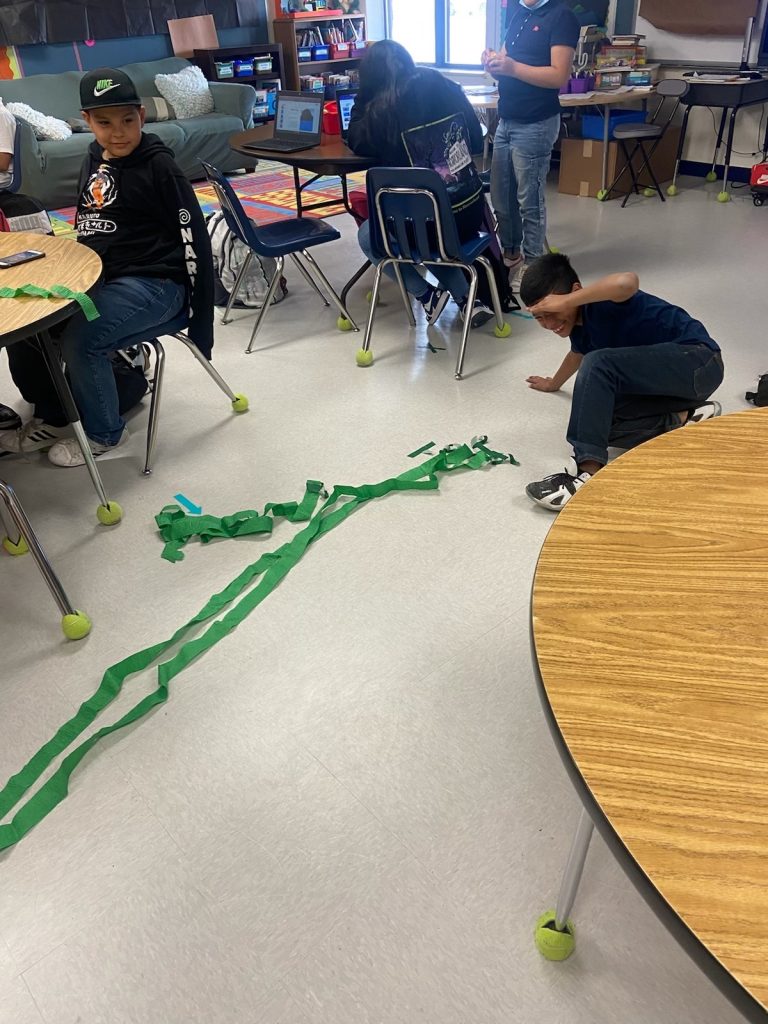 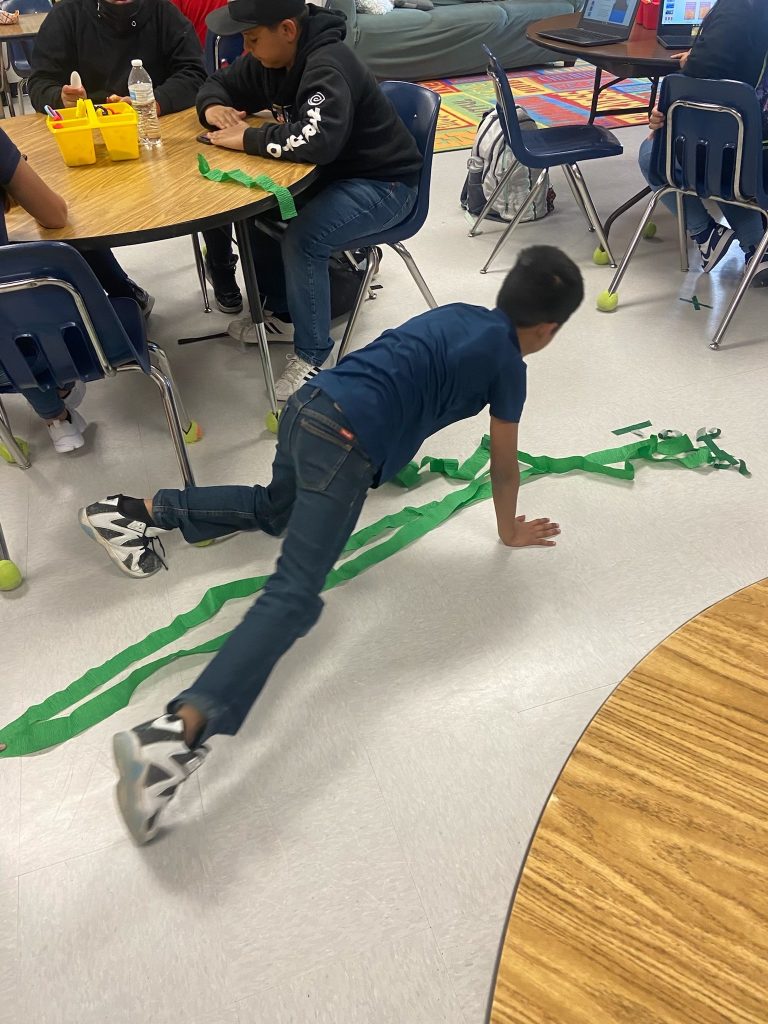 Doing the Tableau strategy gave the shyest of students the opportunity to shine. A few students are quiet and rarely volunteer to take part in anything. However, the story Tableau gave them a way of showing off their creativity without having to speak to an audience (See Figure 3). Instead they were able to show their creativity with a movement or expression, which seemed to be more at their level of socialization. 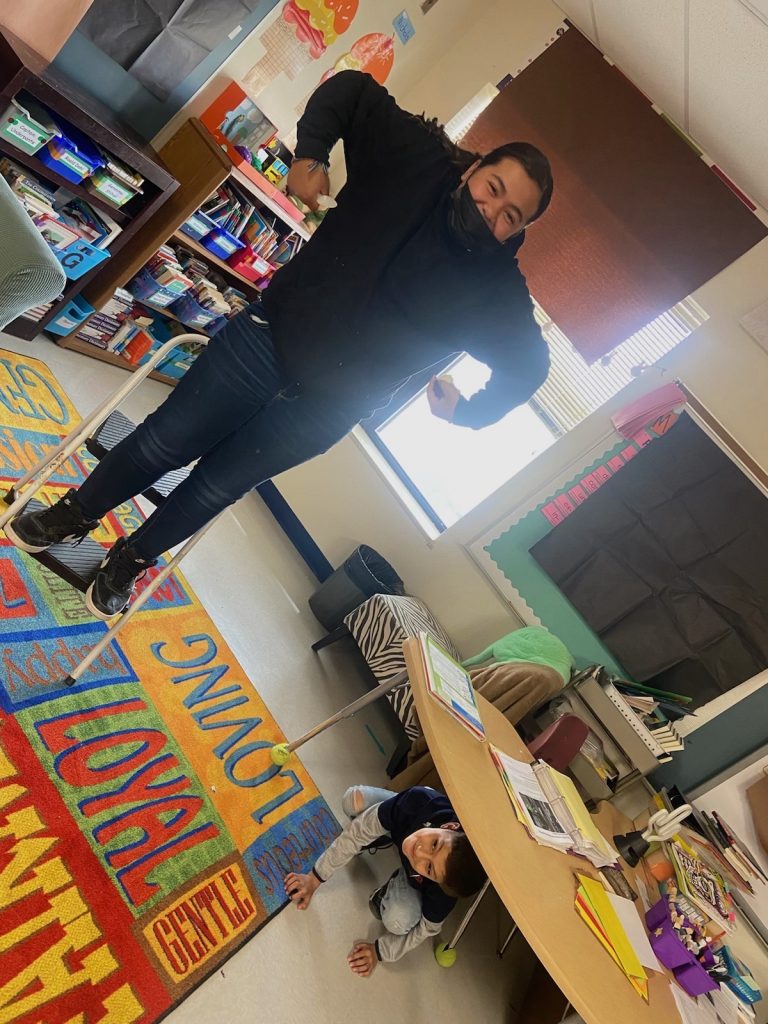 The second exploration incorporated the Soundscape Reader Response strategy (Leland et al., 2017). For this strategy, students added sound into the story to help them visualize the characters, setting and plot to increase comprehension further. Students created a soundscape for the story of Juan and the Pinto Bean Stalk (Marcantonio, 2005). They incorporated chairs being dragged to make the sound when Juan’s mother pulled up a chair so she could sit down to speak to him. They used foam cushions from the classroom reading area to make the sound of Juan running into his mother (See Figure 4). 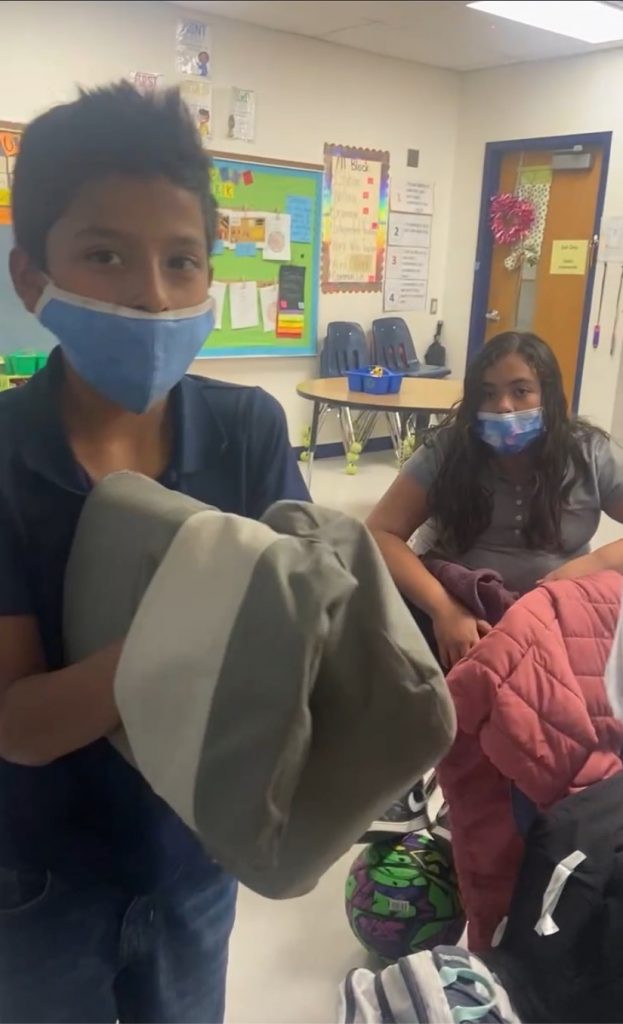 Figure 4. Students Create the Sound of Footsteps with Foam Cushion

A student clicked her tongue to make the sound of Juan’s mother showing disappointment. They incorporated a music byte into the reading to show the music that Juan was listening to with his friends while on the beach, and they used a tub of water and their hands to simulate the waves crashing on the beach (See Figure 5). 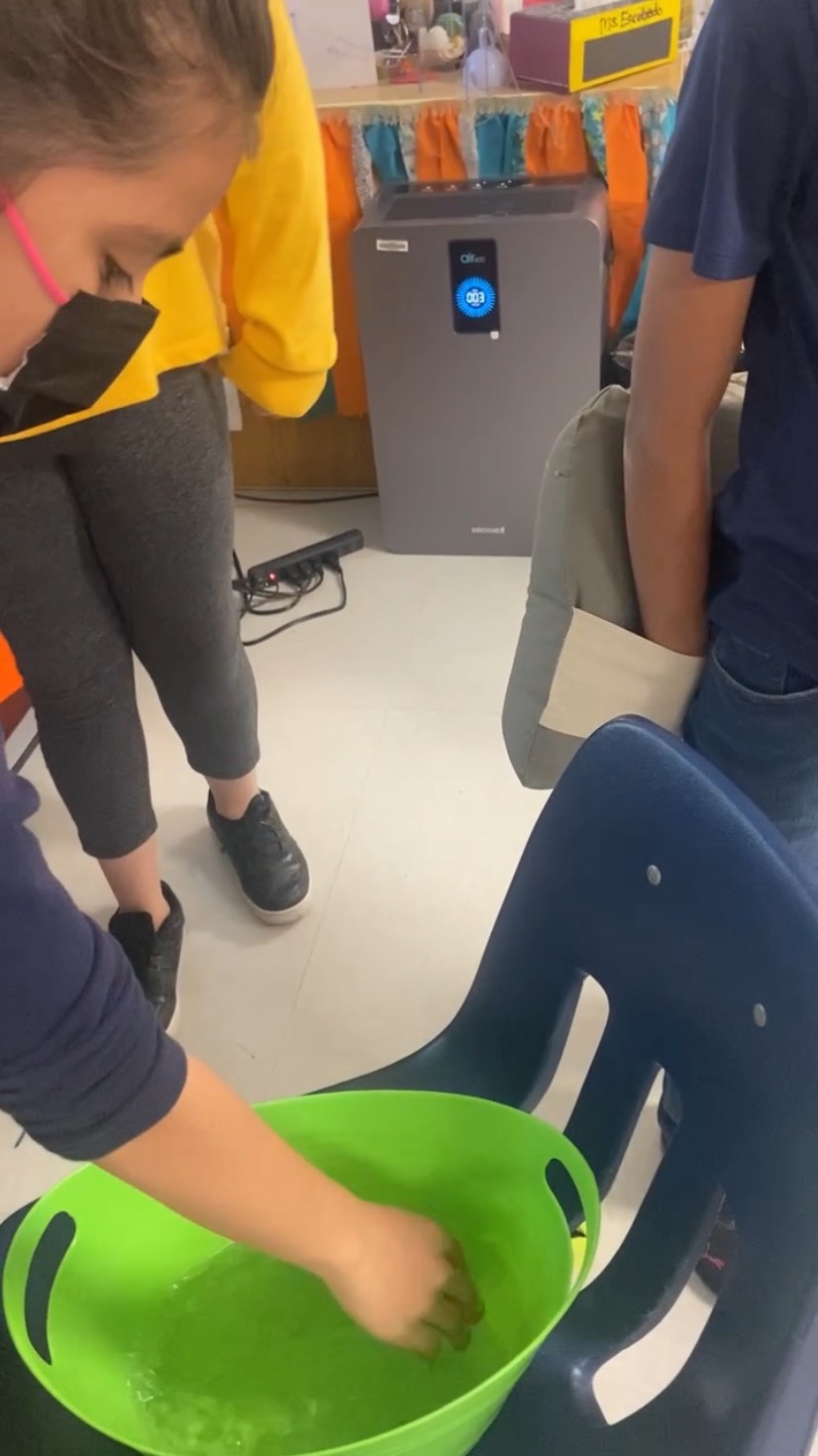 Figure 5. Student Creates the Sound of Crashing Waves Using a Tub of Water

Creating a Passion for Stories and for Reading

Students who typically do not participate in activities were more than willing to contribute to the soundscapes to bring the story to life. I had never seen so much enthusiasm for reading.

I have a passion for reading, and I hope that I can pass that passion onto students in my classroom. As a classroom teacher I can see the value of what it is to give students a variety of literature. I want them to have an appreciation for their own cultural heritage as well as those of others. And these stories definitely connect to students’ culture and language.

WOW Stories, Volume X, Issue 2 by Worlds of Words is licensed under a Creative Commons Attribution-NonCommercial-ShareAlike 4.0 International License.
Based on work by Monica Escobedo at https://wowlit.org/on-line-publications/stories/wow-stories-volume-x-issue-2/4.