By Dorea Kleker, University of Arizona 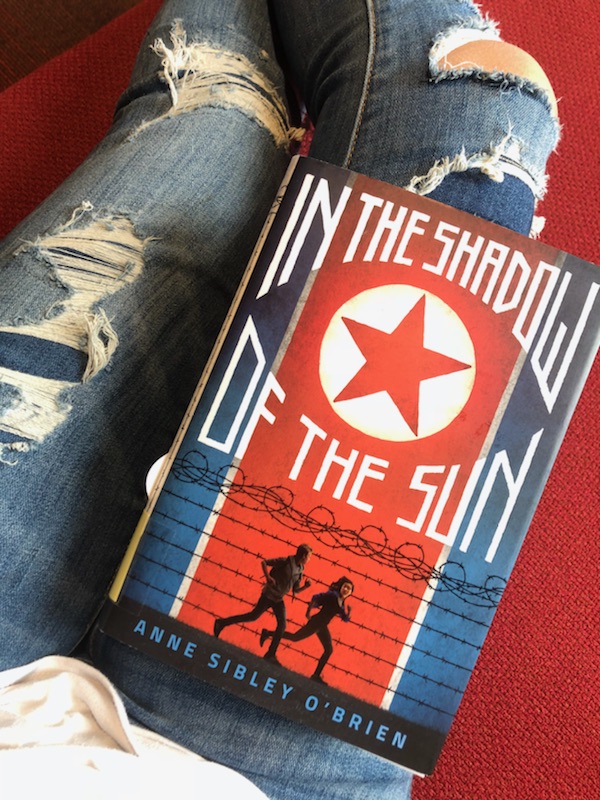 In the Shadow of the Sun by Anne Sibley O’Brien is a fast-pace adventure story. American siblings Mia and Simon travel to North Korea with their aid-worker father. What starts out as a highly orchestrated tour turns into a daring quest for survival. Their father gets arrested, forbidden photos end up in their hands and these two teenagers find themselves alone in North Korea attempting to make it across the border into China. Below the surface of Mia’s adventure is her own story. Adopted from South Korea into a White family, she begins to understand the complexity of her identity in ways she couldn’t fully grasp in the U.S. As she gazes in the mirror she begins to name this:

“There was something there. Someone alive and vivid and free. A creature who wasn’t contained by any of the ways she thought of herself. Not Korean or American. Not nice or self-centered. Not a sister or a daughter. Just… more. It was her, but bigger. Peering out through the mask of her face Hi, there. I see you.”

It is through Mia’s physical journey, through the ways she is seen and not seen by others (who, for the first time, look like her) that she better understands herself and her relationship with both her unknown birth and fiercely loving adopted family. To support Mia’s story and our understanding of a country that many know little about, Anne Sibley O’Brien uses her ten years of research to intersperse short narratives of North Koreans who Mia encounters-both directly and indirectly–throughout the book.

These are written on black pages, making the contrast visual and adding a weight to the words. The stories are told in first person narrative across a wide variety of ages and occupations. They provide a brief glimpse into a diversity of lives in North Korea. A insider view to the dominant narrative. These short narratives are part of Mia’s story and become a part of our story of North Korea.

I wonder what it takes for us to engage with complex stories. Do we, like Mia, have to change our orientation, geography, physical space and place to finally “see” something that has always been there? What if this isn’t an option? Perhaps the Olympic stories—of Olympians, cheerleaders and impersonators–can provide a safe and familiar space for readers to engage more deeply with North Korea, to consider it as more complex and “bigger” than their previous understandings have allowed.

* Anne Sibley O’Brien will be participating in two panels at the Tucson Festival of Books: Acts of Caring and Kindness that Celebrate the World and Looking for Diverse Children’s Books