By Rebecca Ballenger, The University of Arizona

In recent months, Cynthia Leitich Smith won the American Library Association’s American Indian Youth Literature (YA) Award for her book Hearts Unbroken and became author-curator of a new imprint, Heartdrum. She is also author of the Tantalize series, the Feral trilogy, Jingle Dancer, Rain Is Not My Indian Name, Indian Shoes, and a number of other books for children and teens. She is core faculty at the Vermont College of Fine Arts and editor/publisher at Cynsations. We first connected with Smith when she attended the 2019 Tucson Festival of Books and then again at USBBY where she spoke on her outreach as an author on school visits.

In Hearts Unbroken, high school senior Louise “Lou” Wolfe’s boyfriend mocks and disrespects Native people, at which point she dumps him and focuses on writing features for the school newspaper. The editors pair her up with new kid and photojournalist, Joey Kairouz. Among the stories the paper covers is the school musical director’s inclusive and controversial approach to casting “The Wizard of Oz.”

Smith writes great balance of funny and … ouch! She establishes and then diminishes a tension, without fully reliving the discomfort. She describes instances like this as evocative of overarching dynamics in our society. We discuss one scene in particular wherein Lou interviews Mrs. Ney (p. 156), a vocal opponent of the colorblind casting. A power imbalance is at play. Mrs. Ney is a privileged adult with influence and Louise is a teenager who is alternatively marginalized and erased due to her Native identity. The juxtaposition of the characters emphasizes the inequality, in part because readers have gotten to know Lou as the protagonist. 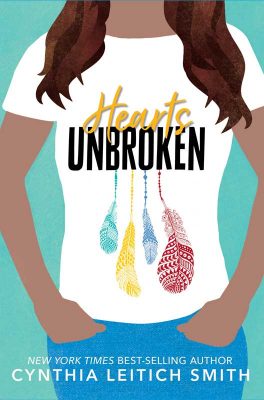 “Louise doesn’t wax poetic about the bigotry. She’s seventeen years old. She’s busy doing a good job as a student reporter. Meanwhile, Louise’s thoughtful questions have prompted Ney to articulate her position, clearly showing the prejudice and ignorance at work,” says Smith. “It’s a sparse scene. The restraint in the first-person voice works in part because it’s nothing we haven’t all heard before—frequently. The difference here is that we’re processing it in concert with a perspective of a specific Native teenage girl.”

Smith is quick to point out that Lou has more power in that situation than most teens would. Lou is from a middle-class family with educated parents, and she has a journalism teacher who supports students. She is also does not necessarily present to white people as Native. Finally, people respect the power of the press, even at the high school level.

“Now, that’s some heavy stuff for a book with a lot of humor, warmth and even romance in it,” Smith says. Her experience in middle-class Midwestern suburbs taught her how to pretend it’s utopian, which is reflected in Lou’s experience. “There’s a bit of ridiculousness to all that, and being able to process it and survive, even prosper, is a survival trait. It’s essential, and any three-dimensional Native character in that situation is likely to reflect a certain sense of humor.” According to Smith, that humor helps build understandings.

Enveloping Lou and other Native characters in Hearts Unbroken, is the celebration by Kansans of L. Frank Baum, author of The Wonderful Wizard of Oz and its sequels. Baum’s editorials in the Aberdeen Saturday Pioneer advocating for the genocide of American Indians receive little or no recognition by characters outside Lou’s family. At the same time, Tolkien is a Wolfe family favorite. Smith says that writers always engage with canon.

“Every book is a contribution to the conversation of books over time,” she says. “Simply by telling new voices to embrace a ‘fresh take’ or tell the story that only they can tell, we’re acknowledging that there’s a baseline established by the existing body of literature.” Smith continues to say that Hearts Unbroken considers the question of the artist versus the art, and leaves it at that. 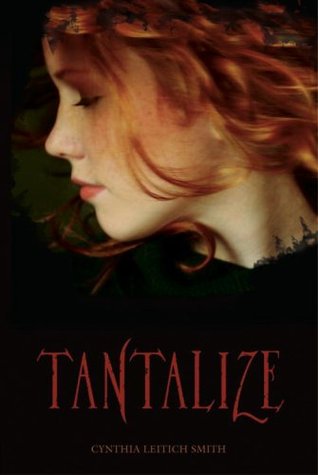 For the larger discussion of “canon” and how and who determines what literature qualifies for such a designation, Smith sees it as “a tool to maintain the status quo power dynamic in terms of whose voices and visions matter.” She also says canon represents a range of works and sees over-generalization as perilous. Because of canon’s impact on young readers, she suggests educators should address that. “Pretending it’s not an issue will only deprive kids of a wider perspective and coping strategies.”

“While I’m a fan of wholly original works, I also strongly believe that talk-back and reinvention narratives can be transformative in an affirming way, so long as they’re thoughtfully contextualized within both the main text and, ideally, the author’s note.”

By way of example, Smith provides her Tantalize series, which engages Bram Stoker’s Dracula on gender and immigration. “I don’t mean to overstate my concerns with Stoker, especially on the roles of women–Mina was groundbreaking–but my sensibility differs from his and literary art is a lot about point and counterpoint over time,” she says.

Smith feels the approach to canon by adult scholars and young readers does not need to be the same. Adult scholars should study how the body of literature has changed and “to ask critical questions about what has been elevated, why, and to what extent that needs to continue.” Educators should present young readers with carefully selected texts and guidance to build critical-thinking skills.

HarperCollins announced their new Native-focused imprint, Heartdrum, in November 2019. Smith, who is Muscogee Creek, along with Rosemary Brosnan, Vice President, Editorial Director, HarperCollins Children’s Books, will lead the imprint with titles scheduled for 2021. As only one percent of books for young people depict American Indian characters and with the importance of “own voice” authors, this is a welcome addition to the body of literature.

“We need more Native authors and illustrators in the conversation of books, as creators, role models and, to varying degrees, as professional ambassadors of literature and literacy for young people. It’s critical for Native kids to find themselves in the pages of books, and it’s critical to non-Native kids to gain a better understanding and appreciation of Native people, Nations, and cultures,” says Smith.

Smith continues to say that not only will Heartdrum affect readers, authors will benefit. The imprint will publish stories that only Native people can tell, providing the opportunity to pursue a career in writing. Heartdrum “sends a positive signal. It says: You matter. Your stories and children matter. We care.”

Based on the early preview, readers have much to look forward to. Heartdrum will publish Christine Day’s sophomore novel, The Sea in Winter. Day’s critically acclaimed debut, I Can Make This Promise, received three starred reviews and was named both a School Library Journal and Kirkus Reviews Best Book of 2019. Additionally, Smith is the anthologist for Ancestor Approved, a contemporary middle-grade collection centered on a two-day powwow. The stories and poems in the anthology intersect with one another, offering the feel of a cohesive event.

Smith urges people to reconsider the conventional wisdom in the teaching and literary criticism of writing for young people about books that teach or preach in a Native literary context. She says the average U.S. student graduates from high school knowing little about Native people and Nations, and that what they do know is often inaccurate and/or harmful.

“When I visited schools with my YA fantasy novels, I would mention my heritage in the context of how I started writing, like so many authors, by writing what I knew,” says Smith. “In related follow-up questions, the kids’ struggle was evident. They’d stumble over the past tense. You can tell that they were struggling to match up the concept of a well-educated, modern-day woman against every stereotype they’d gleaned from the educational system and pop-culture representations.”

“Native writers can’t begin with a contemporary story without teaching that we are still here. We can’t ground fictional Native families in specific Tribal citizenships without teaching Indigenous nationhood. We basically can’t write anything without teaching because most non-Native kids and adults, including writing teachers and critics, don’t know much to start with.”

Smith asserts that the literary community projects a neutrality that often upholds dominant normative standards. “The same adult who heralds the heightened attention to gender equity throughout children’s-YA literature may bristle when the focus is on systemic racism that has benefited them,” she says. This implicit bias may stem from a number of factors including experience or political leanings. These factors can be countered through expanded perspectives and better understandings of history.

Smith regularly visits schools and says preparation and coordination are key. “It’s most helpful when the students already have been introduced to the author’s writing. With younger elementary, often authors will do a reading, so you may want to coordinate to ensure that you’re sharing a different text to keep the experience fresh.”

Author-study lessons have more impact than a quickly read introduction, according to Smith. It’s also important to provide context about the author and the author’s writing. She recommends shorter author presentations followed by a Q & A for which the students have already prepared. For larger presentations, students could work in groups with a spokesperson to pose the question. Whatever the case, Smith likes events where students have an active role, saying her favorite events are opt-in young authors programs.

“Really, anything to amplify their voices, emphasize that they are the heroes of their own stories, and to underscore the fun and power of reading and writing,” says Smith.

Authors Corner is a periodic profile featured on our blog where authors discuss their writing process and the importance of school visits. Worlds of Words frequently hosts these authors for events in the collection. To find out when we are hosting an author, check out our events page. Journey through Worlds of Words during our open reading hours: Monday-Friday, 9 a.m. to 5 p.m. and Saturday, 9 a.m. to 1 p.m.