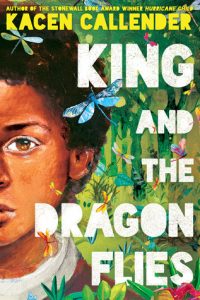 In thinking about particular trends and themes in books explored during 2020 while serving on ALA’s Notable Children’s Books Committee, I want to share some of my heroes and heroines found within the pages of novels, especially in light of issues of family loss through death and separation. As is a common trait of fiction for adolescent readers, the protagonist is faced with a situation or problem around which the plot develops and the character evolves. The situation is one that is believable and invites the reader into the lives, actions and decisions of characters who experience identity shaping events. While the stories can be emotionally charged and often mirror the increasing complexity of a young person’s life, at times without a definitive conclusion, they do end with hope. So, I was not surprised to find the characters in books I read and discussed in 2020 to be in complicated situations; however, interesting was that most experienced the loss of a family member who played an important role in their life. The loss was through death, separation, or the ability of the person to function in the supportive way that they did prior to a change in health, mental abilities, or other life changes. In spite of and because of their loss, characters became resilient, self-reliant, and self-aware. Readers become immersed in their stories and lives, with the potential of learning more about themselves. A few of the books that continue to resonate in my thoughts follow.

The death of the brother on whom King has always looked to for advice and support is the key event that frames King and the Dragon Flies (Kacen Callender,) although not the only critical issue. King is convinced that his brother, Khalid, has returned as a dragon fly—a belief that helps him through this time of family grief, self-discovery, and dealing with a bully. From the beginning the reader shares the pain of loss but realizes this story is powerful in its handling of issues around race, coming out, resilience, and forgiveness. King has taught me many things about the complexities of understanding self at the intersection of one’s identity and societal issues, and that loss can shift the context and in so doing can also create new understandings. Likewise, the death of a sibling is an emotional event for the reader who has been on the historical tragic journey in Korean, 1950, with 12 year old Sora in Brother’s Keeper (Julie Lee). Rather than summarize this powerful read, a moving review can be found in WOW Recommends: Book of the Month for February of this year. 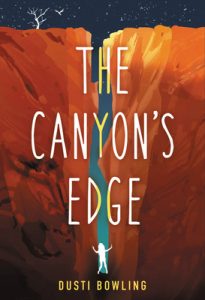 One year after a random shooting takes the life of Nora’s mother, she and her father undertake a hiking trip in the Arizona Sonoran Desert in The Canyon’s Edge (Dusti Bowling). A flash flood finds this girl, who is already dealing with anxiety and post-traumatic stress disorder, struggling with physical survival. Although this is a life-threatening stressful situation, she is also afforded time to reflect on her mother’s death, the past year of therapy, and the understanding of resilience and growth over time. The death of a parent sets the context as well for the story of Hannah in Prairie Lotus (Linda Sue Park). This story brings together themes of race, discrimination, death of a parent and the relationship with one another, in a historical account from the 1880s. The death of her mother leaves Hannah and her father seeking a new life in the Dakota territory but her half Chinese heritage is a barrier to her acceptance in this community. Readers find new perceptions of history through the memorable character of Hanna. When Stars Are Scattered (Victoria Jamieson) shares the story of Omar and Hussein who spend many years in a refugee camp in Kenya following the conflict that resulted in death and separation of many families. WOW Review shares this story in Volume XIII. 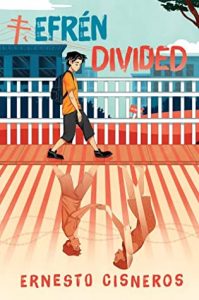 Loss is also found in stories of separation with the current situation of immigrant families around potential deportation. Efrén Divided (Ernesto Cisneros) introduces us to Efrén as he is involved with his family, taking his twin siblings to school and headed for a typical day in his own school community. We learn of the mounting fear that he and other families face around the possibility of being deported to Mexico. As Efren’s fears are realized one day when his mother does not return from work, he not only is faced with extra care for his siblings but also the challenge of finding his mother to deliver funds needed to bring her home. More than worthy of Pura Belpré award that it received, this novel creates thoughtful insights for all ages in considering resilience in light of family loss and the injustice in such situations. Santiago’s Road Home (Alexandra Diaz) shares a situation that began prior to the narrative with the death of Sanitago’s mother resulting in his living with his abusive grandmother and other relatives. His eventual separation from his blood relatives, the loss of his birth family, is in part the result of his own survival instincts and the need to escape the abuse and rejection from his own family. He finds traveling companions who become his “family”, but he again experiences loss through separation at the border detention facility. A powerful story, Santiago remains an individual that represents so many others who seek refuge in the United States and remains a symbol of resilience, independence, and hope for those who read his story. 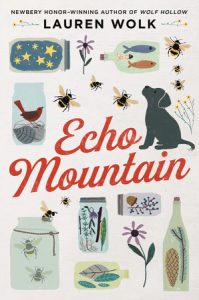 Loss can also be experienced when a family member suddenly loses the ability to provide support, security, and companionship due to illness, accidents, or other unexpected life events. Echo Mountain (Lauren Wolk) reveals a family relocating to the rugged Echo Mountain after losing what they owned during the Great Depression. Loss here also involves that of Ellie’s father who was left in a coma following an accident. Ellie’s determination and persistence to help her father return to them is supported by the natural environment in which they now live. Her loss brings out defining characteristics of her identity and the first person narrative takes readers on a realistic and hopeful journey. Fighting Words (Kimberly Brubaker Bradley) is another story of loss that is beyond the control of the protagonist and that leads to defining moments of rage and resilience. Della and Suki have lost their mother as the person who cares for them given her incarceration. Their mother’’s boyfriend gives them a place to live but the story evolves around his sexual misconduct with Suki, Della’s older sister, and attempts to do the same with Della who is 10. After running away from the abusive situation, Suki attempts suicide leaving Della the responsibility of being the voice and support for the sisters. Loss of a parent, sisterly support, and home all are important in this well articulated narrative of child abuse, sexual assault, foster care and suicide. Most memorable is how Della deals with the life experiences she has endured. 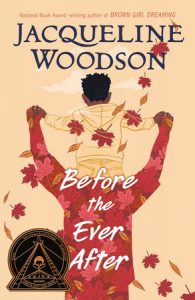 I would be remiss not to mention the well known story of loss of a family member in Before the Ever After (Jacqueline Woodson). This beloved author has again provided a character ZJ who remains in our hearts as he struggles with the loss of the father he once knew. A former football player, the father has personality changes involving memory loss and sudden outbursts as the result of head injuries from playing. The moving story is a reminder to all who deal with related brain injuries and illnesses that maintaining hope and courage are key to navigating such a loss.

Although many books have been shared during the past 4 weeks of WOW Currents that reflect trends and themes that stood out to me as a reader, many more titles within these topics exist as well as related books from other years. Hopefully, this is a useful resource as you continue to build resources among paired books and text sets that nurture informed readers who are open to many perspectives.