Made in the USA en español: Reading Identity in Picture Book Life Narratives

This is a story about biographical and autobiographical picture books being published in Spanish in the United States, and about how a bilingual first-grade class taught me creative ways of reading them. By their very nature, these books invite dialogue between adult understandings of young U.S. Spanish-speakers’ tastes, needs, values, and emerging identities, on the one hand, and those readers’ playful, flexible approaches to reading and writing identity, on the other.

I wanted to develop that dialogue because I had noticed a recent sharp increase in the number of U.S. trade picture books with Spanish or bilingual Spanish-English text telling the life story of a Spanish-speaking individual. (I exclude Puerto Rico here, since unlike the fifty states, it has a well-established tradition of Spanish-language children’s literature.) I counted five such books from the 1990s: Jonah Winter’s bilingual portrait of Diego Rivera, Pat Mora’s self-translated vignette based on childhood experiences of Tomás Rivera, and three memoirs by Mexican-Americans Carmen Lomas Garza and Juan Felipe Herrera published by the Children’s Book Press, an early and enduring leader among the bilingual presses that emerged following the Bilingual Education Act of 1974. The following decade added more than twenty new books.

Writers, translators, illustrators, and editors interact in different ways to create bilingual books and monolingual translations. These collaborators are a diverse group, including Latinos born in the U.S., immigrants from Spanish-speaking countries, and residents of Spanish-speaking countries. The illustrated life stories they create are heavily dominated by subjects who excelled as writers and artists, perhaps reflecting the writers’ and illustrators’ own love for their fields. The majority of the subjects are Mexicans and Mexican-Americans, but figures with roots in the Caribbean, Central and South America, and Spain are also represented. Just about half include childhood experiences of speaking Spanish in the United States, an issue seemingly central to the identity and concerns of the target audience. Of that smaller group, nearly all center on Mexican-American figures—including multiple biographies of César Chávez— and most are produced by the same two publishers, Children’s Book Press and Piñata Books. I was concerned that as a group, the life stories of Latinos being told in Spanish to U.S. children did not reflect the diverse backgrounds and experiences of U.S. Latinos. However, I also noticed that these books tend to place a high value on family and national or ethnic communities that nourish individual creativity, suggesting empowering parallels between the lives of the subjects—no matter where they grew up—and the readers.

To understand how child readers might interact with this body of literature, I asked for the help of a bilingual first-grade class of Mexican-American students in the Houston area. Seven female students and nine male students participated in the study. Their teacher read each book to the class and led group discussions of their reactions and observations, and the students also recorded their thoughts individually in varying formats. Readers were encouraged to connect their own experiences with those of the protagonists; they were often asked, “If you could meet the main character, what would you say to him/her?”, and were encouraged to explore the modes of expression (family album, mural, pottery, salsa music, poetry, etc.) featured in each book (see Figures 1-3). 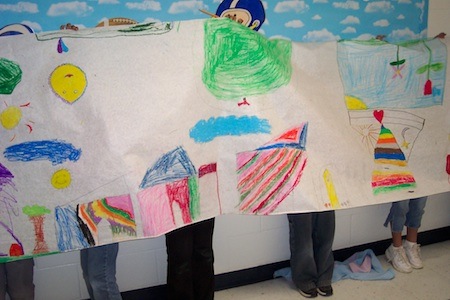 Figure 1. Students holding up part of the mural they made in response to Diego Rivera’s life story. 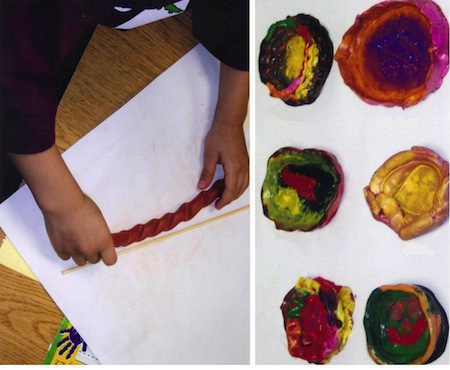 Figure 2. The class made their own pots following a technique inspired by Juan Quezada’s in La vasija que Juan fabricó / The Pot That Juan Built. 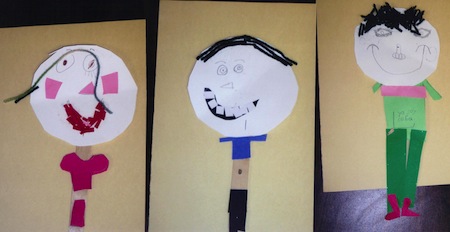 Figure 3. Masks students made to represent how they felt while listening and dancing to Celia Cruz’s music.

The books we read included the detailed images and memoir vignettes of Family Pictures/Cuadros de familia (1990) that typically depict, not Carmen Lomas Garza herself, but the developing young artist’s perceptions of her culturally rich and supportive South Texas community. In Cosechando esperanza [Harvesting Hope] (2003) by Kathryn Krull with illustrations by Yuyi Morales, César Chávez’s life emerges from an idyllic childhood on the plentiful family farm that is lost to drought and poverty; the peaceful protests Chávez begins to lead after years of hardship and discrimination owe their success in part to his character traits and to the ability fostered by his mother to solve conflicts through words. Jonah Winter’s Diego (1991) traces the muralist’s rise to international success through natural artistic talent nurtured both by his family and his surroundings, surroundings which Rivera in turn changes politically through his art. Me llamo Celia /My Name is Celia (2004), by Monica Brown with illustrations by Rafael Lopez, emphasizes Cruz’s ability to express her cubanidad in exile through music with universal appeal, the result of her personal qualities of exuberance, perseverance, and musicality, and her familial and national heritages. Lastly, in La vasija que Juan fabricó [The Pot That Juan Built] (2003), cumulative verse by Nancy Andrews-Goebel and translator Eunice Cortés pairs with luminous computer graphics by David Díaz to tell the story of Juan Quezada’s development as an artist inspired by, and in turn transforming, the community of Mata Ortiz, Mexico.

The visual and verbal beauty of these selections and the subgenre as a whole powerfully affirms the language(s) of its target readership. And yet, I felt the subgenre could do more to represent diverse experiences of growing up in the U.S. speaking Spanish. As Rocío G. Davis (2006) observed in her study of Asian American autobiography for children, life narratives not set in the U.S. can “validate a non-American childhood settings” by giving “child readers access to many of their parents’ or grandparents’ historical or cultural stories, or, if they are immigrants themselves, it validates their experiences in the American literary context” (p. 187). Davis went on to point out that these texts thus rewrite notions of American identity, and “posit Americanization as an individual process in ways that stress transitivity rather than static or endowed identification” (p. 187).

The first-graders who participated in this study indeed formed creative and playful individual relationships to the subjects of the books– regardless of national origin. In class discussions, they did respond especially enthusiastically to Cuadros de familia, and its familiar vignettes of quinceañeras, birthday piñatas, nopalitos and tamales, and the beach. In general, however, these children rarely focused on the nationalities of the protagonists, but instead used the stories as an opportunity to tell about their own values and experiences, bringing the books’ subjects along for the ride. The identities projected by their responses are not easily reducible to nationality: the children were creating their own narratives as Mexicans, Americans, and Texans—and above all, as children.

In part, the first-graders’ tendency to mix historical, cultural and political categories reflects their developmental stage. Thus, one child wrote to César Chávez—certain that he would reply— “Ya sé que tú vives en California. Nosotros vivimos en Estados Unidos. De seguro tú tienes familia. Bueno, en Estados Unidos también cada uno tenemos familia.” [I know you live in California. We live in the United States. Surely you have family. Well, in the United States we each have a family too.] At the same time, this crossing of boundaries reflects a lived experience in which identity constructs intermingle and overlap. Recurring images of eagles in one child’s responses to the books might symbolize the United States or Mexico—or both (see example in Figure 4, below). And although Me llamo Celia emphasizes Cuban identity, one student depicted herself dancing with the Queen of Salsa, both dressed in skirts made from the Mexican flag (see Figure 5, below). “Yo estoy bailando,” [I am dancing], says the child in a cartoon bubble. “Tú estás bonita, muy bonita,” [You are pretty, very pretty], answers a nearly identical—but taller– Celia. 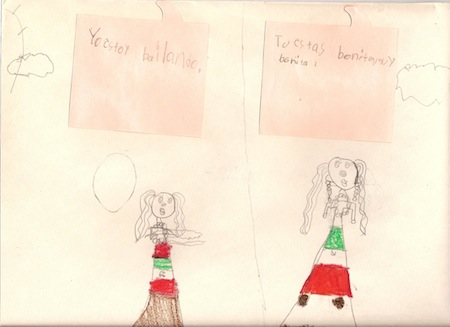 In other cases, the readers privileged childhood over other issues, imagining the subjects as children with whom they could play. In one drawing, Celia Cruz was invited to play and eat pizza, to which Cruz responded by suggesting they watch television and jump on the bed. Several children wrote stories about painting the walls with Diego Rivera, but one story began at a playground, while another started by establishing, “Yo soy Superman y Diego es Spiderman” (Figure 6). Spiderman made several appearances in response to various books. 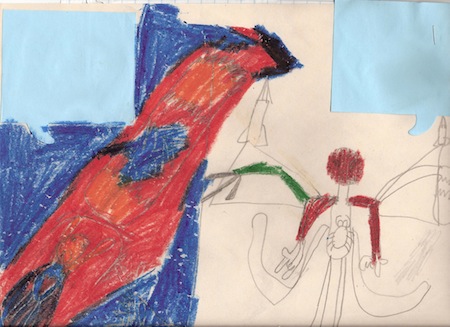 Figure 6. “I am Superman and Diego is Spiderman.”

While it was more common for the children to bring the characters into their own world, in one instance many of the readers easily crossed into the realm of the characters. In response to young Carmen’s encounter with a dead shark on the beach in Cuadros de familia, several children filled their family albums with gruesome narratives of their own—surely fictional— harrowing encounters with sharks. In one drawing, for example, a child and father stand in the background on the beach, observing a gory shark attack (Figure 7). The accompanying narrative begins, “Yo fui a la playa y vi un tiburón que se comió un señor. Y toda la sangre estaba toda la sangre en la agua” [I went to the beach and I saw a shark that ate a man. And all the blood was all the blood in the water]. The child goes on to describe throwing meat in the water in an effort to distract the shark. 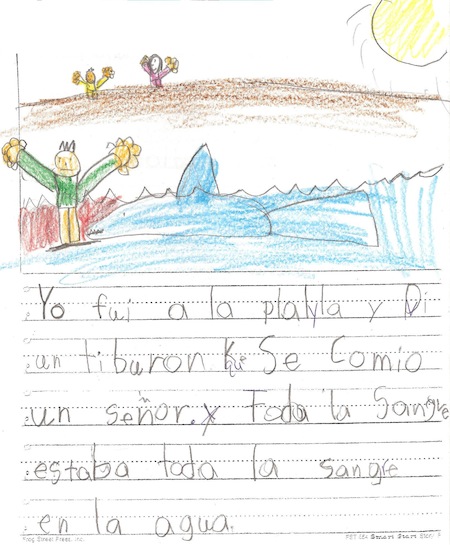 These unpredictably creative stories and pictures reveal the students’ expertise in manipulating texts both as readers and as writers—of books and of their own identities. They are at home in a United States where, as José David Saldívar (1997) observed in his study of Lomas Garza, “intercultural crossings between global and local alternatives constitute a new cultural dominant” (p. 72). This skill is implicitly but powerfully affirmed by the publication in the U.S., in growing numbers and outstanding quality, of Spanish-language and bilingual Latino life narratives for children. The recent economic crisis has been an obstacle to the creation of books such as these; let us hope that the momentum gained in the previous decade will not be lost. There are many more stories waiting to be told.

My most sincere thanks to the students, their teacher, and their parents for devoting their time to this project and sharing their ideas and talents. The students participated in this study during the 2007-2008 academic year with the approval of my university’s Institutional Review Board and their school principal; the parents and children who agreed to participate were informed of the nature of the study and signed a consent form allowing their responses to be studied and published. The texts were selected for age-appropriateness, relationship to the curriculum, and to include both U.S. and non-U.S. childhood narratives.

Laura Kanost is an Assistant Professor at Kansas State University.

WOW Stories, Volume IV, Issue 6 by Worlds of Words is licensed under a Creative Commons Attribution-NonCommercial-ShareAlike 4.0 International License.
Based on a work at https://wowlit.org/on-line-publications/stories/storiesiv6/.