It is place, permanent position in both the social and topographical sense that gives us our identity.

Certainly, geography plays a role in our identities and colors our perceptions as readers and writers when the books come from our home culture, but how does that work when the literature is produced outside our geographical selves? How we might read a text from a geographical/cultural location that is outside the book’s cultural backdrop? I am not thinking about outsider/insider perspectives here, but rather, a geographical sensibility that is part cultural but also part physical location or physical affinity.

I have heard some Midwesternern Americans talk about the comfort level they have with their culture, but more interestingly they discuss the physicality of that comfort — with the geography of the Midwest. This comfort extends to the climate, weather, and features of the land that give one a sense of belonging, a sense of place, a sense of knowing.

I am reminded of Wendell Berry’s work and his concept of being “married to the land,” and Kathleen Norris’ work, especially Dakota: A Spiritual Geography (1994), which reviews on amazon.com assert:

After 20 years of living in the “Great American Outback,” as Newsweek magazine once designated the Dakotas, poet Kathleen Norris … came to understand the fascinating ways that people become metaphors for the land they inhabit. When trying to understand the polarizing contradictions that exist in the Dakotas between “hospitality and insularity, change and inertia, stability and instability … between hope and despair, between open hearts and closed minds,” Norris draws a map. “We are at the point of transition between east and west in the United States,” she explains, “geographically and psychically isolated from either coast and unlike either the Midwest or the desert west.”

Like Terry Tempest Williams (Refuge), Norris understands how the boundary between inner and outer scenery begins to blur when one is fully present in the landscape of their lives. As a result, she offers the geography lesson we all longed for in school. This is a poetic, noble, and often funny (see her discussion on the foreign concept of tofu) tribute to Dakota, including its Native Americans, Benedictine monks, ministers and churchgoers, wind-weathered farmers, and all its plain folks who live such complicated and simple lives. — Gail Hudson

I wonder when we might begin to talk with younger readers about the ways their identities as readers may be tied to a particular geography, as well as what books might be best for addressing a geographical identity. What books would you suggest for this type of exploration? How strongly is identity tied to geography? For further exploration, I would recommend Tsunami Warning (Morrison, 2007), The Coast Mappers (Morrison, 2004), and the Looking at Countries series by Kathleen Pohl, which is written in both English and Spanish. 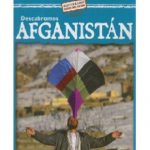 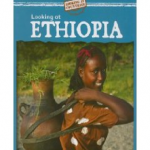 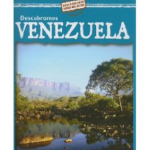