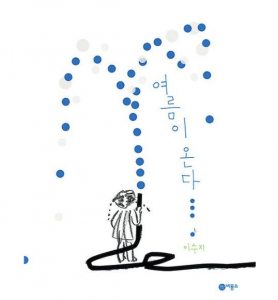 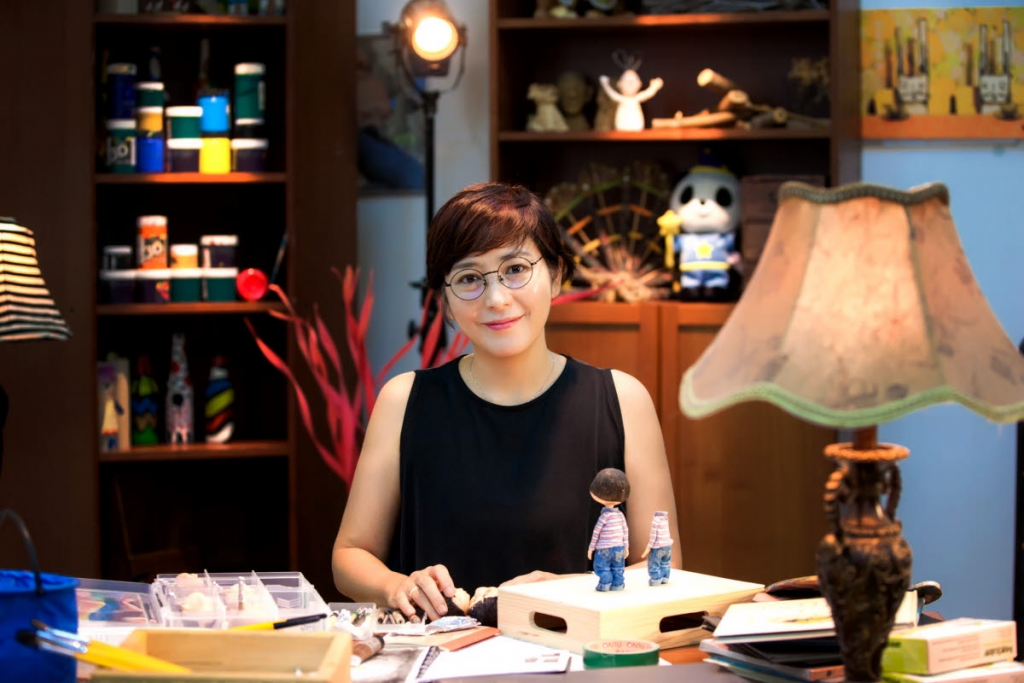 Heena Baek
Heena Baek is an author of picturebooks and an illustrator and animator. She worked as an animator in the U.S. and started her career as a picturebook author in South Korea. Heena Baek brings her animation production experiences into the picturebook work. She uses 3D collages with clay puppets and georamas to create miniature worlds and that enhances realism and magic. Heena Baek’s works received numerous awards worldwide. Baek received Astrid Lindgren Award illustrator section in 2020. 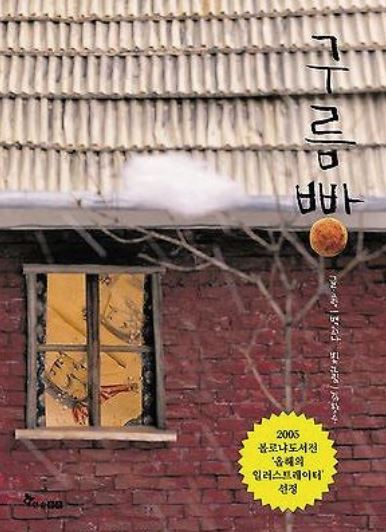 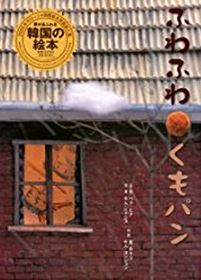 Cloud Bread is her first picturebook translated into Japanese and published in Japan in 2006. Its original Korean version is available in Japan recently. This book received the 2005 Illustrator of the Year Award at the Bologna Children’s Book Fair. The story of a sister and brother eating bread made from a cloud and they gain the power to fly in the sky. 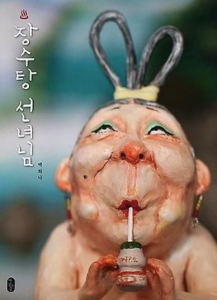 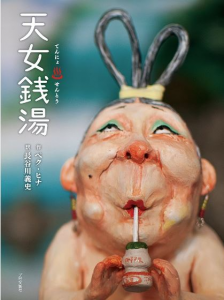 The Bath Fairy (2016) and Magic Candies (2018) are well-known in Japan. These two were translated by Yoshifumi Hasegawa, one of the famous Japanese picturebook authors/illustrators. Both translated and original Korean versions are available to Japanese readers. The Bath Fairy is set in a bathhouse, an important place in Korean culture, as it is in Japan. When a girl named Dukji and her mother visit their neighborhood bathhouse, Dukji meets an old fairy lady. The lady and Dukji have fun playing games together in the water. 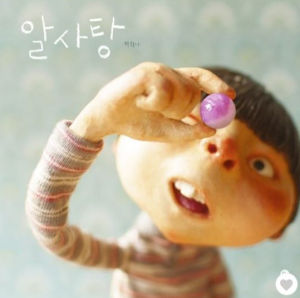 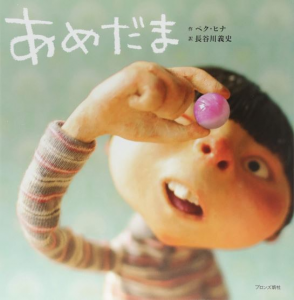 In Magic Candies, when Tong Tong gets magic candies, he suddenly can hear the voices of people around him. Tong Tong can hear how his couch feels, and what upsets his dog and he even catches up with his dead grandmother. Magic Candies is included on the 2018 IBBY Honor List and won the Picture Book Translation Award and Reader Award in the 24th Japanese Picture Book Awards sponsored by the Japanese School Library Association. 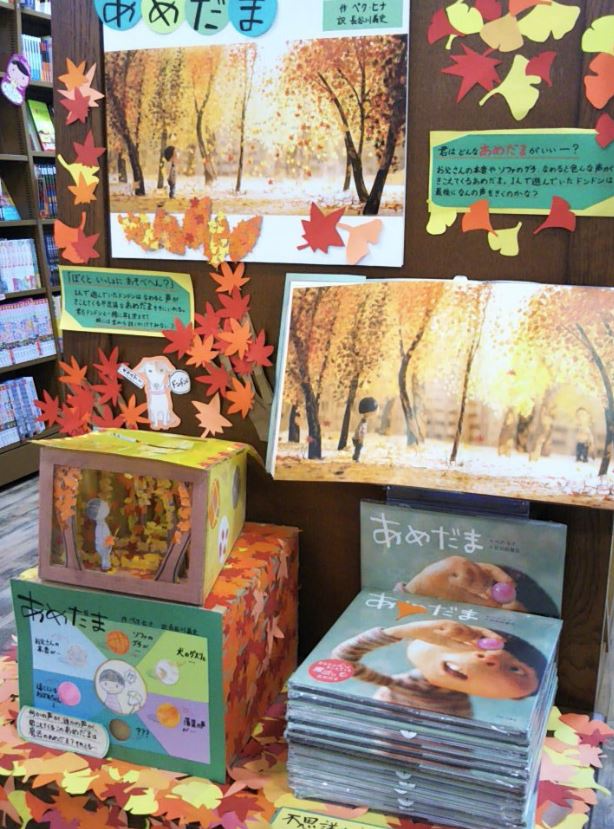 Magic Candies book display with beautiful artworks at a Japanese local bookstore. An example of Heena Baek’s popularity in Japan. 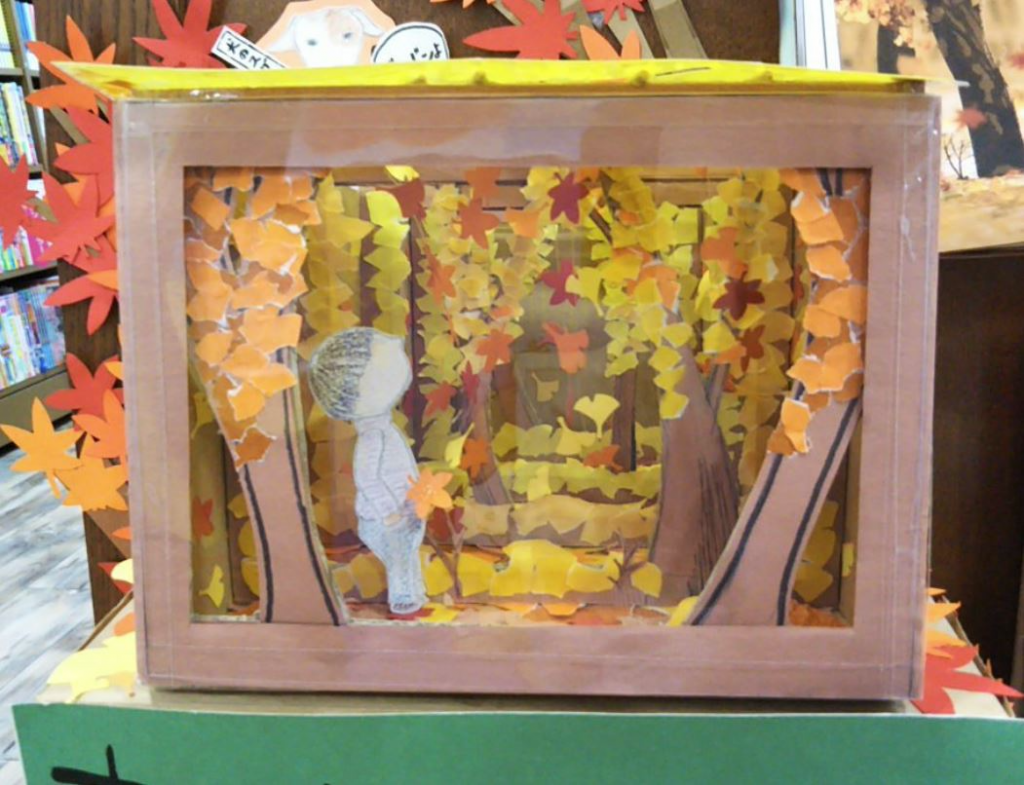 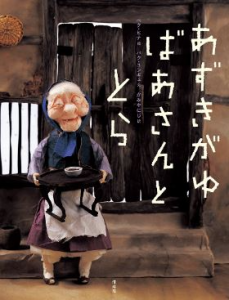 Red Bean Porridge Grandma and Tiger (2022) is Heena Baek’s most recent translated picturebook available in Japan. This is a Korean traditional story about a grandma who is about to be eaten by a tiger, yet she delays her death with her clever storytelling of personified eggs, turtle, dung and stone mortar. Finally, she rescues herself!

Suzy Lee
Suzy Lee is an author and illustrator of picturebooks. She studied book art in London and then returned to South Korea. Suzy Lee has held exhibitions, workshops and book fairs worldwide including in Japan. The photo shows her visit to a bookstore located in Tokyo in 2019 for autographing. 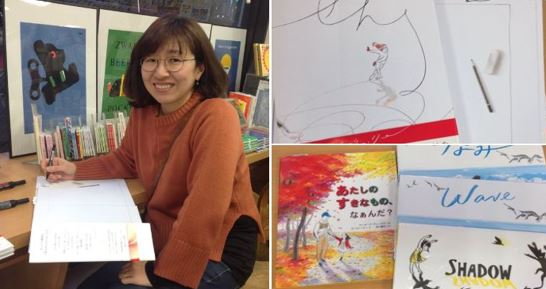 Suzy Lee gained global recognition for Mirror (2003), Wave (2008) and Shadow (2010). In 2022, she won the 2022 Hans Christian Andersen Award for Illustration with Summer is Coming. Her achievement has been celebrated in Japan and the book has not been translated into the Japanese language, yet its Korean original version is already available in Japan for Japanese patrons. Her books are read by global readers including in Mexico, China, Spain, Brazil, Sweden, Italy and France. 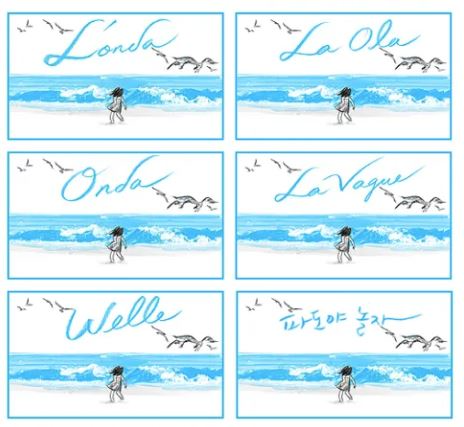 The cover of Wave published in multiple languages. 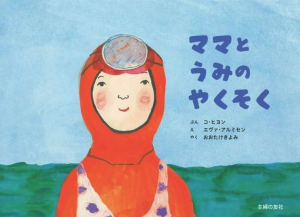 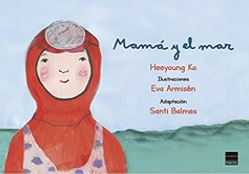 Mom Is a Haenyeo is Heeyoung Ko’s debut picturebook, illustrated by Eva Armisen. Its translated and original versions have been available in Japan since 2020. The story is about three generations of Haenyeo diver women; grandmother, mother and daughter, living on Jeju Island, South Korea. This is a powerful story presenting the Haenyeo’s way of understanding life, pride in their work, their respect for the sea, and a strong sense of community. This book is available in Spanish and Catalan languages, and an animated version of the picturebook is available on YouTube.

International children’s literature is charming and powerful, yet they are not always easy to enjoy immediately. They could often be aesthetically foreign too when cultural ethos is different in society from a reader’s familiar worlds and cultures. International literature helps us to be connected through children’s perspectives and childhood stories when small details of stories appear to be foreign and even bizarre. International literature also can be a tool to question to articulate the meaning of cultural consumption: what are we comfortable about stories from overseas? How do we interpret literary discomfort when shapes of the worlds in literature are too familiar and even feel common as Japanese children are familiar with repetitive portrayals of Korea?