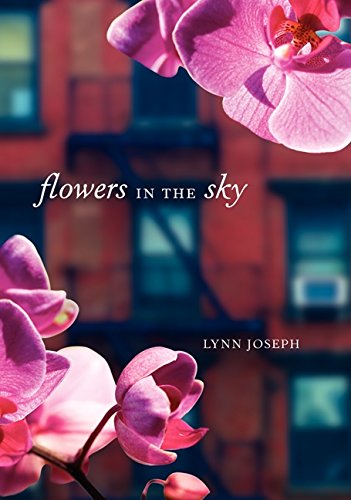 Nina Perez is a teenager from the Dominican Republic who enjoys the simple, tourist village life and keeping up with her flower garden. Her village life and garden bring her immeasurable joy since her older brother Darrio’s departure to New York when Nina was six years old to provide for the family after their father passed away. Nina’s mother wants more for her than the small Dominican village can offer and sends her to New York to live with her brother. Upon her arrival, Nina finds that the life portrayed by her mother and stories shared by those who returned aren’t the reality she experiences. The transition causes internal stress and strains the relationship with her brother. As a means for survival, her brother is involved in a lifestyle that neither he nor Nina ever anticipated. This is a beautiful story of the fight to create, hold onto, and regain identity in a new place.

With masterful descriptions of events and settings and powerful use of first-person narrative, readers experience and feel the characters’ struggles of adapting to a new place. Joseph integrates Spanish words in ways that authentically enhance the story. Nina and other characters grapple with topics and ideas that are appropriate for young adult readers.

In Flowers from the Sky, Joseph directly references Tennessee William’s (1944) The Glass Menagerie as a book Nina reads when she enters school in New York. By pairing these two books, readers can explore themes and symbolism through the intertextual connections that Joseph uses in her novel. Other possible book pairs include Here I Am by Patricia Hee Kim and Sonia Sánchez (2015) or Tea with Milk by Allen Say (2009). The former is a wordless picture book of a Korean child coming to a large American city. The latter is an account of a young girl’s return to a country of origin and culture that is unfamiliar. These two books paired with Flowers in the Sky explore an immigrant journey, including the stories characters tell, the struggles they experience, the things they miss, and the things they hold on to.

Lynn Joseph hails from the island nation of Trinidad where she spent her childhood before moving to Baltimore to attend school. She has written short stories and poetry about her home nation but developed a love for the Dominican Republic through her husband who is a native of the country. As she did in her previous Dominican novel, The Color of My Words (2006), Joseph spent time with families from the village of Samana where Flowers in the Sky begins and explored the New York borough of Washington Heights to weave a realistic fiction story of an immigrant experience.

WOW Review, Volume XIII, Issue 1 by World of Words is licensed under a Creative Commons Attribution-NonCommercial-ShareAlike 4.0 International License. Based on work by Brett Stamm at https://wowlit.org/on-line-publications/review/volume-xii-issue-1/6/