The exhibit, Around the World in 70 Maps: Three Centuries of Cartographic Treasures from Children’s Literature, has itself traveled around the world. However, Worlds of Words Center of Global Literacies and Literatures (WOW) in the University of Arizona College of Education is the first venue in the U.S. to show this imaginative collection from the International Youth Library (IYL) in Munich, Germany. 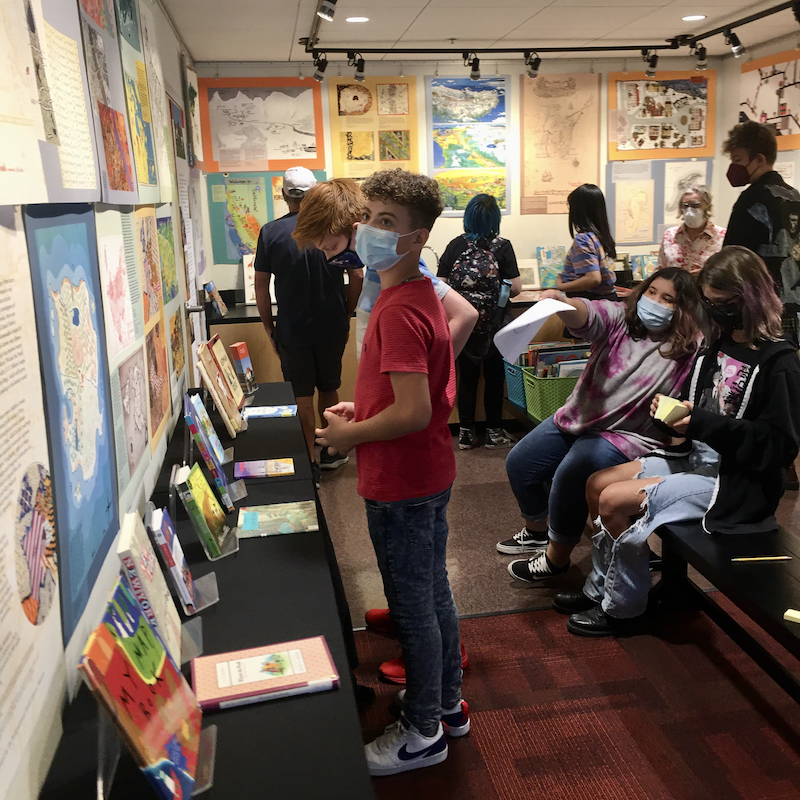 Students from Paulo Freire Freedom School explore the exhibit, Around the World in 70 Maps.

The IYL created the exhibit around the idea that maps represent how people imagine the world to be, how we perceive it and order it and how we orient ourselves in it. Maps have long played an important role in literature for young people. They are used in nonfiction to make locations and landscapes easier to visualize. In fiction, maps also depict and locate important settings and events. Although some books feature maps of the world as we know it, other texts map fictional places in the real world or map completely fantastical places. Often these fantasy worlds are drawn with attention to minute detail, so they appear utterly authentic even though every line emerged out of the imaginings of their creators and illustrators.

“Maps help readers visualize and track the plot of the story world in a book. Maps also support readers in going beyond the borders of the page in that story world to inspire new stories and worlds,” says Kathy Short, director of WOW and professor of Teaching, Learning and Sociocultural Studies in the UArizona College of Education. 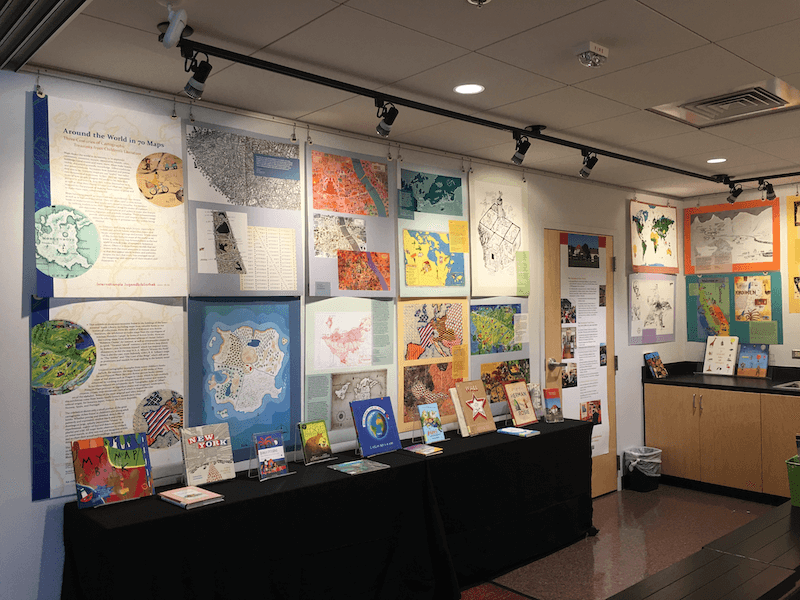 The International Youth Library’s exhibit, Around the World in 70 Maps, on display in the WOW Center includes 37 posters with maps and quotations contained in picturebooks and novels for young people.

The books and posters on display in Around the World in 70 Maps provide an international perspective on how we visualize our surroundings and ourselves. Some of the books are classics, but most are published more recently. This exhibition showcases examples of treasures found in the holdings of the IYL, including the travelogues of Joachim Heinrich Campe, Daniel Defoe’s Robinson Crusoe and Robert Louis Stevenson’s Treasure Island. Cartographic examples from more recent children’s books include the works of Chris Riddell. Quotations from these books help viewers create a better understanding of the maps and the literary sites which they depict. 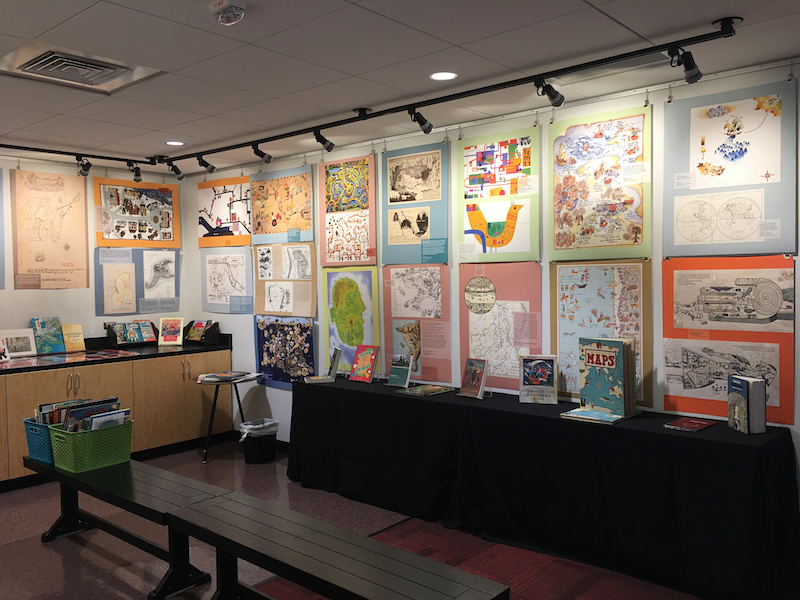 Around the World in 70 Maps showcases treasures found in the holdings of the International Youth Library, including illustrated editions of Daniel Defoe’s Robinson Crusoe and Robert Louis Stevenson’s Treasure Island.

“This set of posters and books provides global perspectives on mapping as a way we make sense of our lives and sort out significance and relationships in the world, not just in story,” says Short. In this way, the exhibit captures the imagination of book lovers as well as those who are interested in graphic design and illustration, mapping and cartography, anthropology and other fields where spatial orientation assists understandings. 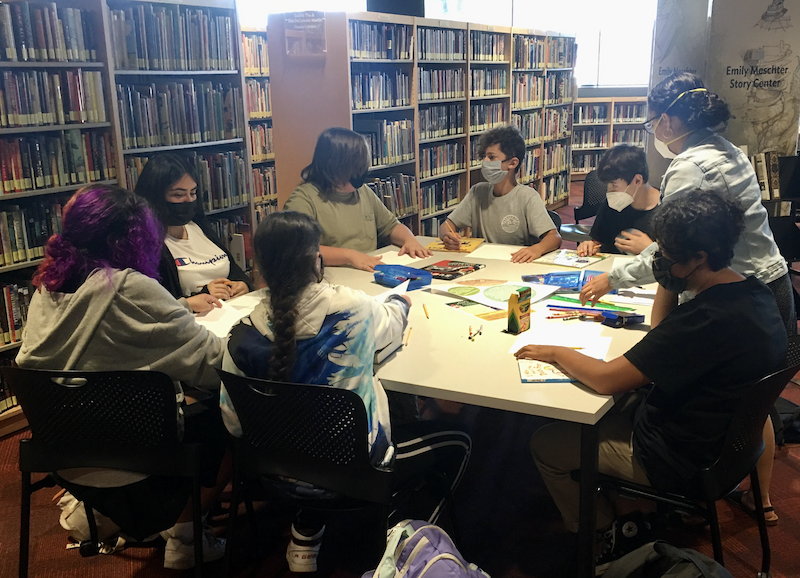 Students from Paulo Freire Freedom School create heart and mind maps, an experience the WOW Center added to Around the World in 70 Maps to invite deeper reflection.

While Tucson is the first place in the U.S. to receive this exhibit, Around the World in 70 Maps has been shown in many countries, including Russia, Costa Rica, Greece, Mexico, Norway and Spain. The exhibit includes hands-on activities and will be on display in WOW August 23 through December 23, 2021. The collection is free to visit and open to the public from 9 a.m. to 5 p.m. on Mondays-Fridays. For more information or to schedule a field trip or guided tour, submit an online request.

Around the World in 70 Maps was conceived by the International Youth Library in Munich, Germany. For more information on this exhibit, contact Maria Luise Weber at wanderausstellungen@ijb.de. A list of venues for this exhibition can be found at https://www.ijb.de/fileadmin/Daten/Pdfs/Venues_70_Maps_Stand_01-2021.pdf. Information on IYL can be accessed at https://www.ijb.de/en/about-us/the-international-youth-library.