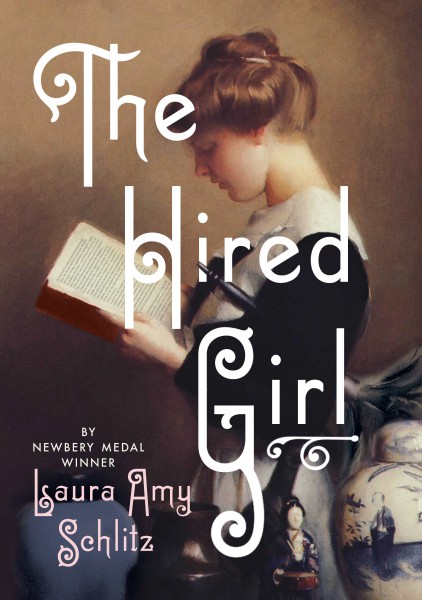 In 1911, life is merciless for 14-year-old Joan Skraggs. Her mother has died and her father needs her to take over the housework. He takes Joan out of school and places her in virtual servitude to the needs of their farming household. Without pay—not even the egg money her mother was able to keep—Joan has seemingly no hope for the future she envisioned that involves a life of reading, beauty, and love. Joan dreams of being a hired girl because she could make her own money. Deciding to go on strike to force her father to allow her the egg money most women of the households keep for their own results in her father burning her few beloved books. Joan makes the decision to run away. She plans her escape and uses the money her mother secretly left in Joan’s beloved doll, Belinda. Her mother had sewn the egg money into Joan’s doll and encouraged Joan to find a way to have money of her own—to spend any way she wants.

Changing her name to avoid her father’s detection and lying about her age, Joan stumbles upon a position as a hired girl in a Jewish household earning six dollars a week. Told through Joan’s diary, readers enter the world of a naïve, but determined young girl as she escapes her malevolent father and becomes a hired girl. It is her hope of greater things, however, that motivates her and guides her work ethic while experiencing a new world so very different from what she had known. Told over the course of 18 months, Joan learns more about her own faith, the faith of her new household, and the strength of those belief systems. She also learns about herself, Baltimore, the literary world, and love.

A powerful chronicle of life for servants during the early 20th century, The Hired Girl is both thoughtful and inspiring. In addition to experiencing Joan’s journey from farm to city life, readers are invited to think about their own ideas of faith systems, their similarities and differences, as well as the sincerity of believers who hold particular traditions and beliefs. Joan’s love of and openness to learning serves as a model of tolerance and understanding that is truly compelling.

Books complementing this text include Kirby Larsen’s Hattie Big Sky (2008) and Hattie Ever After (2014), both similarly show the resolve a young girl to find her dreams. Books about the Triangle Factory would also fit into the work conditions of young women during the early 20th century. Shelly Sander’s Rachel trilogy, which includes Rachel’s Secret (2012), Rachel’s Promise (2013), and Rachel’s Hope (2014) present a young Jewish girl as she makes her way from the pogroms of Russia to the U.S. between 1903 and 1905.

Laura Amy Schlitz authored the Newbery Medal winner, Good Masters! Sweet Ladies! Voices from a Medieval Village (2008) as well as the Newbery Honor book, Splendors and Glooms (2012). She lives in Maryland and is a writer, a teacher, and a librarian. She has several other books for young readers and has won awards for many of them. More information can be found at: https://www.goodreads.com/author/show/116504.Laura_Amy_Schlitz