This story is the life of Antoine de Saint-Exupéry, author of Little Prince. He was born in France in 1900, when airplanes were just being invented. Antoine dreamed of flying and grew up to be a pilot—and that was when his adventures began. He found a job delivering mail by plane, which had never been done before. He and his fellow pilots traveled to faraway places and discovered new ways of getting from one place to the next. Antoine flew over mountains and deserts. He battled winds and storms. He tried to break aviation records, and sometimes he even crashed. From his plane, Antoine looked down on the earth and was inspired to write about his life and his pilot-hero friends in memoirs and in fiction. Peter Sís’s remarkable biography celebrates the author of The Little Prince, one of the most beloved books in the world. 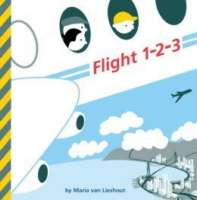 A boy counts his way through the airport and onto the plane as it flies towards its destination.

For a young girl, Beryl has big dreams- bigger than the vast ranch in British East Africa where she is being raised by her demanding father.  Abandoned by her mother, who fled the remote African life to return to “civilized” England, Beryl’s only friend is her mother’s dog, Buller- that is, until one night when Buller is attacked by a leopard and dragged into the jungle.  While keeping her promise to rescue him, she makes a new friend, and begins her journey to becoming one of the most famous and admired women of her time.

Based on the true life of Beryl Markham- the first pilot to fly solo from England to North America- Michaela MacColl’s richly imagined story of a feisty girl who hunts with Nandi warriors, becomes the best horse breaker on her father’s ranch, and resists all attempts to make her a proper lady, is a compelling and action-packed read for anyone with a thirst for adventure.

While the Wright Brothers were gliding over Kitty Hawk, the charming Brazilian Alberto Santos-Dumont was making his own mark on the history of flight. Alberto loved floating over Paris in his personal flying machine called a dirigible. He would tie it to a post, climb down, and spend the day shopping or meeting friends for coffee. But he wanted to make his invention even better. By 1906, Alberto had transformed his balloon into a box with wings! But now there was competition. Another inventor challenged Alberto to see who would be the first in flight. Alberto’s hard work paid off, and his airplane successfully soared into the air, making him the first pilot to lift off and land a completely self-propelled plane.

Ben, Zara, Sam and Marcia begin their summer vacation by helping Professor Ampersand build the Silver Turtle, a high-tech airplane. This is thrilling enough, but things take an even wilder turn when a strange woman steals the airplane with the kids inside. She’s trying to evade members of Noctarma, an international criminal organization that thinks the airplane is carrying a secret antigravity device that could be the key to world domination. They’ve got the wrong Silver Turtle, but they’ve also captured Professor Ampersand—and the kids will have to pull out all the stops to find the real Silver Turtle device before Noctarma does.