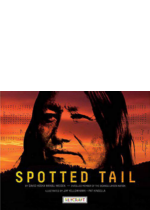 This biography of Spotted Tail traces the life of the famous Lakota leader who expertly guided his people through a pivotal and tumultuous time in their nation’s history as they fought and then negotiated with the U.S. government. Spotted Tail is remembered for his unique leadership style and deep love for his people. Today, a university is named in his honor.

This is the story of a determined Ojibwe Nokomis (Grandmother) Josephine-ba Mandamin and her great love for Nibi (water). Nokomis walked to raise awareness of our need to protect Nibi for future generations, and for all life on the planet. She, along with other women, men, and youth, have walked around all the Great Lakes from the four salt waters, or oceans, to Lake Superior. The walks are full of challenges, and by her example Josephine-ba invites us all to take up our responsibility to protect our water, the giver of life, and to protect our planet for all generations. 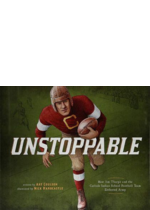 In the autumn of 1912, the football team from Carlisle Indian Industrial School took the field at the U.S. Military Academy, home to the bigger, stronger, and better-equipped West Points Cadets. Sportswriters billed the game as a sort of rematch, pitting against each other the descendants of U.S. soldiers and American Indians who fought on the battlefield only 20 years earlier. But for lightning-fast Jim Thorpe and the other Carlisle players, that day’s game was about skill, strategy, and determination. Known for unusual formations and innovative plays, the Carlisle squad was out to prove just one thing — that it was the best football team in all the land. 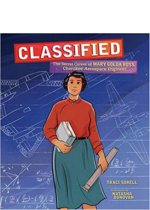 Mary Golda Ross designed classified airplanes and spacecraft as Lockheed Aircraft Corporation’s first female engineer. Find out how her passion for math and the Cherokee values she was raised with shaped her life and work.

Violet and Daisy. They were as sweet and pretty as their names would suggest, the pair of them as alike as two flower buds on a single stem. They were also joined, back-to-back, at the base of their spine.