These are dark times for a small mouse. A new invention—the mechanical mousetrap—has caused all of the mice but one to flee to America, the land of the free. But with cats guarding the steamships, trans-Atlantic crossings are no longer safe. In the bleakest of places the one remaining mouse has a brilliant idea. He must learn to fly! 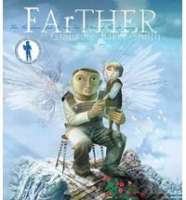 When a father who dreams of flying goes off to war and does not return, his son decides to make the dream come true. Grahame Baker-Smith’s moving story, with stunning illustrations, shows how, with love and a bit of ambition, you can reach seemingly impossible goals.

Seventeen-year-old Frenenqer lives a controlled and restricted life in the desert, like everyone else there, but when she meets Sangris, a Free, winged shape-shifter, everything changes.

Wallopa Wallaby enlists the help of Ranger Bugwatch, Ulinga the Aborigine, and animals of the Australian Outback when Wendi Wallaby is swept away by a tornado.

For a young girl, Beryl has big dreams- bigger than the vast ranch in British East Africa where she is being raised by her demanding father.  Abandoned by her mother, who fled the remote African life to return to “civilized” England, Beryl’s only friend is her mother’s dog, Buller- that is, until one night when Buller is attacked by a leopard and dragged into the jungle.  While keeping her promise to rescue him, she makes a new friend, and begins her journey to becoming one of the most famous and admired women of her time.

Based on the true life of Beryl Markham- the first pilot to fly solo from England to North America- Michaela MacColl’s richly imagined story of a feisty girl who hunts with Nandi warriors, becomes the best horse breaker on her father’s ranch, and resists all attempts to make her a proper lady, is a compelling and action-packed read for anyone with a thirst for adventure.

Penguins cannot fly. Of course they can’t. Can they? A wayward penguin is found by the side of the road and convinces his rescuer he crashed while flying. The unusual pair tries all sorts of methods to return the penguin to the sky (all remarkably unsuccessful) until the day when the penguin finally rediscovers the secret of flight within himself.

Conor Broekhart was born to fly. In fact, legend has it that he was born flying, in a hot air balloon at the Paris World’s Fair.In the 1890s Conor and his family live on the sovereign Saltee Islands, off the Irish coast. Conor spends his days studying the science of flight with his tutor and exploring the castle with the king’s daughter, Princess Isabella. But the boy’s idyllic life changes forever the day he discovers a deadly conspiracy against the king. When Conor tries to intervene, he is branded a traitor and thrown into jail on the prison island of Little Saltee. There, he has to fight for his life, as he and the other prisoners are forced to mine for diamonds in inhumane conditions.  There is only one way to escape Little Saltee, and that is to fly. So Conor passes the solitary months by scratching drawings of flying machines on the prison walls. The months turn into years; but eventually the day comes when Conor must find the courage to trust his revolutionary designs and take to the skies. 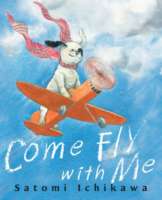 When Woggy, the stuffed dog, and Cosmos, the wooden airplane, decide it is time to get away from the toy box and to go somewhere, they figure the only way to go is to fly, and the only way to fly is together. So in a grand adventure, out and up they swoop, Satomi-style: whirling up stairs, and past sleepy apartment windows, and over enchanting rooftops until they meet the Cloud Monster.

One sunny afternoon while everyone is resting, Flamboyan, a young girl named after the tree whose red blossoms are the same color as her hair, dreamily flies over her Caribbean island home.

A wordless story about a little girl and her dog who discover a little bird that has fallen out of its nest, bring it home and encourage the bird to learn how to fly.