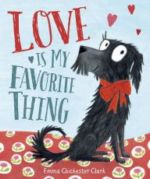 Plum the dog loves everything, and his enthusiasm knows no bounds–sometimes getting him in trouble. 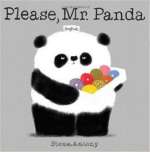 Mr. Panda has a plate of doughnuts to share, but most of the other animals forget to say “Please.”

Betty the gorilla gets very upset when she is unable to peel her banana, and every effort Mr. Toucan makes to help her only seems to make things worse.

Francis the fox enjoys everything about his Saturdays at Mr. Li’s Laundromat, except for Mr. Li’s granddaughter, Lily. When Lily plays a dirty trick on Francis, it’s up to the little fox to clean up and save the day.

The intelligence of dolphins is legendary. Research has shown they can learn simple languages, recognize themselves in mirrors, and understand gestures such as pointing, and are expert vocal mimics.

A fearless little boy ignores Grandma’s warning about nighttime monsters until he runs away and meets the two-headed giant’s three-headed brother.

Alice learns the importance of saying “please” as well as that this magical word will not lead to everything she wants. 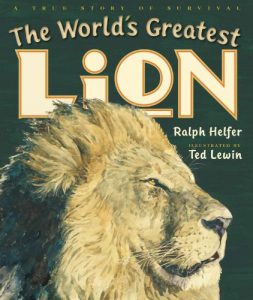 Perhaps the most recognizable Hollywood animal–outside of Lassie–is “Leo the Lion,” MGM Studios’ famous mascot. For decades his image introduced hundreds of motion pictures, and Zamba the lion acted in dozens more. But he wasn’t always a Hollywood star, and he certainly proved to be much more.

This real-life story of Zamba, told by world-renowned animal behaviorist Ralph Helfer and Caldecott Honor recipient Ted Lewin, follows the famous lion from an orphaned cub in Africa to iconic Hollywood actor. But Zamba’s greatest role wasn’t scripted and it certainly wasn’t captured on film. In 1969, the canyon that housed Ralph Helfer’s animal ranch was ravaged by floods. As death claimed many of the animals, dozens were led to safety by one heroic lion.

Naughty Rabbit Foo Foo, who mistreats the other forest inhabitants, receives his just deserts from the Good Fairy.