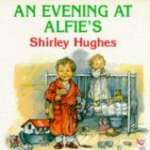 Mum and Dad have gone out for the night, leaving Maureen McNally to look after Alfie and Annie Rose. When disaster strikes and a water pipe starts leaking, Alfie helps Maureen halt the flood and also helps Annie Rose with some waterwork problems of her own.

Francis the fox enjoys everything about his Saturdays at Mr. Li’s Laundromat, except for Mr. Li’s granddaughter, Lily. When Lily plays a dirty trick on Francis, it’s up to the little fox to clean up and save the day. 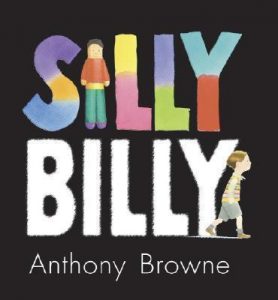 To help with his anxiety, Billy uses the worry dolls his grandmother recommends, but he finds that they do not quite solve his problem.

Jule Ann pounds on the bottom of a cookie jar, and a small dark lump bounces out. The Dark quickly gobbles up every shadow in sight, growing bigger with each one. Munsch’s plucky heroine resolves the perplexing problem with brilliant, spirited logic. 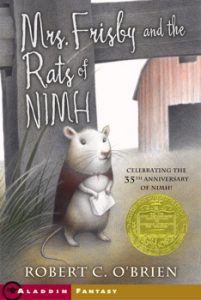 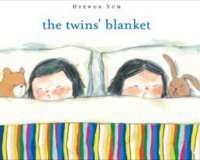 These look-alike twins have always shared everything—their room, their toys, a crib, and, since the day they were born, a blanket. But as they grow into new beds, they need new blankets, too. Now they face a new dilemma: they don’t know how not to share.

Hounds and hares are like cats and mice. At least, that’s the way it is in Great Bone, a little village beside the river. Harley Hare and Hugo Hound see each other at school every day, and they’re interested in the same things. But they never talk to each other because the Hare and Hound families can’t stand one another. When the annual Big Race takes place on the meadow, Harley and Hugo find themselves racing neck to neck, until a terrible thunderstorm breaks out. Hugo is terrified of the storm and the lightning. Harley panics when they discover they are lost. It turns out that between them, they know just what to do. And, working together, they not only save themselves, but become heroes of the day as well.

To keep from being eaten, an inchworm measures a robin’s tail, a flamingo’s neck, a toucan’s beak, a heron’s legs, and a nightingale’s song.