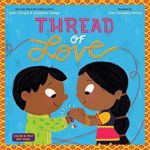 Three siblings enjoy the Indian festival of Raksha Bandhan, a celebration of the special relationship between brothers and sisters, in this reinterpretation of the song Frere Jacques. 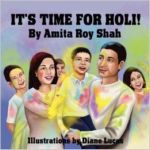 Holi is a popular Indian festival that takes place at the end of the winter season. The celebration of Holi brings people closer together. During Holi, people welcome spring by throwing colored water or powder on one another. This story begins during the winter season, with a boy who is anxiously waiting for spring and the celebration of Holi to begin. When Holi day finally arrives, he can’t wait to celebrate. He decides to use his colored powders– before his family and friends arrive! As he explores the different colored powders, he starts to relate the colors to what he sees happening in nature during springtime. Through his own exploration, he learns more about the significance of this colorful festival. 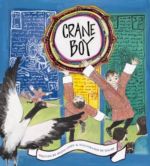 “Every year, Kinga and his classmates wait for the black-necked cranes to return to the kingdom of Bhutan, deep in the Himalayas. Every year, fewer cranes return. Together with classmates, Kinga creates and performs a dance to honor the cranes and also remind people of their duty to care for them” 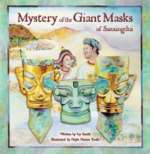 Young Min, her brother Wei, and Father Ping, the chief, face a flood then help their fellow villagers decide what to do about invaders who are approaching their Bronze Age village in China during an important festival. Includes facts about bronze-making and the archaeological finds at Sanxingdui and Jinsha, as well as archival photographs.

When Noot is finally allowed to paint umbrellas like the other women and girls in her villatge, she secrely hopes that she might be chosen as this year’s Umbrella Queen.  Carefully, she creates serene flowers and butterflies- exactly as she has seen her mother and grandmother do for years.

But soon her imagination takes over, and Noot finds herself straying from the old patterns to the dismay of her family, who depend on the traditionally painted umbrellas for their livlihood.

Her parents tell her she must go back to the old designs and Noot obeys, knowing that the King is coming soon to name the one who has painted the most beautiful umbrella.  after all, the King would never choose a queen who breaks from tradition…would he? 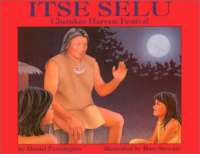 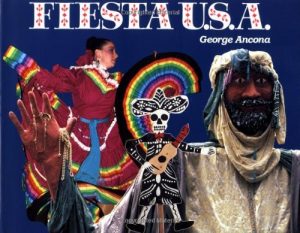