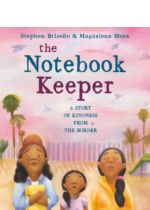 After traveling to Tijuana, Mexico, Noemi and her mother are denied entry at the border and must find the refugee in charge of the notebook, an unofficial ledger of those waiting to cross into the United States. Includes author’s note. 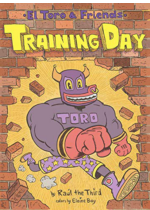 Task #1: Getting out of bed. Usually that’s not so hard, but being the champion luchador isn’t easy. Today, El Toro is feeling uninspired. But his coach, Kooky Dooky, knows that practice makes better and it’s important for El Toro to stay in shape and keep training! 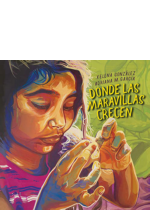 Three girls follow their grandmother into her garden, where they examine her collection of rocks, crystals, shells, and meteorites and learn about the marvels they reveal.

Ever since Solimar was a little girl, she has gone to the ouamel forest bordering her kingdom to observe the monarch butterflies during their migration, but always from a safe distance. Now, on the brink of her quinceañera and her official coronation, Solimar crosses the dangerous creek to sit among the butterflies. There, a mysterious event gives her a gift and a burden–the responsibility to protect the young and weak butterflies with her magical rebozo, or silk shawl. 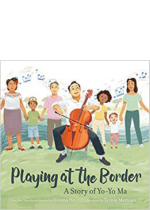 Before Yo-Yo Ma became one of the most renowned and celebrated cellists, he wanted to play the double bass. But it was too big for his four-year-old hands. Over time, Ma honed his amazing talent, and his music became a reflection of his own life between borders, cultures, disciplines, and generations.
Since then, he has recorded over a hundred albums, won nineteen Grammy Awards, performed for eight American presidents, and received the National Medal of the Arts and the Presidential Medal of Freedom, just to name a few accomplishments.
Staying true to himself, Yo-Yo Ma performed at the US-Mexico border at the Rio Grande on April 13, 2019, as part of his multi-continent “Bach Project” tour to prove a point—through music, we can build bridges rather than walls between different cultures. 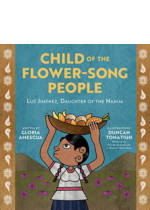 As a young Nahua girl in Mexico during the early 1900s, Luz learned how to grind corn in a metate, to twist yarn with her toes, and to weave on a loom. By the fire at night, she listened to stories of her community’s joys, suffering, and survival, and wove them into her heart. But when the Mexican Revolution came to her village, Luz and her family were forced to flee and start a new life. In Mexico City, Luz became a model for painters, sculptors, and photographers such as Diego Rivera, Jean Charlot, and Tina Modotti. These artists were interested in showing the true face of Mexico and not a European version. Through her work, Luz found a way to preserve her people’s culture by sharing her native language, stories, and traditions. Soon, scholars came to learn from her

Child of the Flower-Song People is a WOW Recommends: Book of the Month for May 2022. 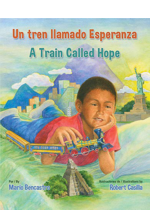 Years later, after his parents have gone far away in search of work and a better future, the boy rides in a real train to join his family. This one is loaded with hundreds of children traveling alone, just like him. There are frightening strangers, others along the way who want to jump on and, scariest of all, a boy who almost falls off the roof because he can’t stay awake any longer.

Space-obsessed 12-year-old Paola Santiago and her two best friends, Emma and Dante, know the rule: Stay away from the river. It’s all they’ve heard since a schoolmate of theirs drowned a year ago. Pao is embarrassed to admit that she has been told to stay away for even longer than that, because her mother is constantly warning her about La Llorona, the wailing ghost woman who wanders the banks of the Gila at night, looking for young people to drag into its murky depths.Hating her mother’s humiliating superstitions and knowing that she and her friends would never venture into the water, Pao organizes a meet-up to test out her new telescope near the Gila, since it’s the best stargazing spot. But when Emma never arrives and Pao sees a shadowy figure in the reeds, it seems like maybe her mom was right. . . . Pao has always relied on hard science to make sense of the world, but to find her friend she will have to enter the world of her nightmares, which includes unnatural mist, mind-bending monsters, and relentless spirits controlled by a terrifying force that defies both logic and legend.

12-year-old Julia keeps a diary about her life growing up in Juarez, Mexico. Life in Juarez is strange. People say it’s the murder capital of the world. Dad’s gone a lot. They can’t play outside because it isn’t safe. Drug cartels rule the streets. Cars and people disappear, leaving behind pet cats. Then Dad disappears and Julia and her brother go live with her aunt in El Paso. What’s happened to her Dad? Julia wonders. Is he going to disappear forever? A coming-of-age story set in today’s Juarez.

Follows a group of 456 children whose families sent them to Mexico aboard the Mexique at the start of the Spanish Civil War for what was expected to be a short stay. Includes historical notes.