Brothers Jake and Simon Grubb are not happy they have to leave their home in Canada to move in with their cousin Hannah and her family in England. But things get interesting for the boys when, on the way there, they encounter a retiring magician at a highway rest stop who presents them with three gifts he claims have magical properties: a carpet, a camera and a stopwatch. Unfortunately, the magician doesn’t provide them with any instructions. So when the boys and Hannah find themselves being swept away on a wild adventure fueled by the magic in these curious objects, they have to learn as they go. But who cares when it’s this exciting! Flying over London, traveling through time, meeting the queen — what could possibly top this? Little do they know, there’s something soon to come that will! 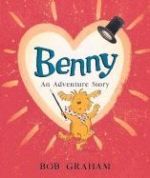 When Benny the dog steals the show from Brillo the magician, he is forced to look for a new home where his rare talents such as juggling and tap dancing will be appreciated. 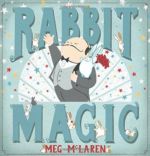 When a magic trick goes awry, the magician M. Lapin becomes a sad rabbit while his rabbit assistant, Houdini, becomes the star of the show. After trying increasingly spectacular tricks, Houdini realizes that someone else wants and deserves the spotlight, and in his most amazing trick ever, he restores M. Lapin to his former self.

Sixth graders Dominic, Loop, and Z stumble upon a new magic shop in town and can’t wait to spend their summer mastering cool tricks to gain access to the Vault, a key holders-only back room bound to hold all kinds of secrets.

Traces the story of dancer-turned-magician’s assistant Adelaide Herrmann, placing her achievements against a backdrop of period conventions about women in the arts and her determination to continue her work after the death of her husband.

A boy who experiences the Bosnian War and finds the secret to survival in language and stories is bound to dazzle a whole new readership. Aleksandar Krsmanovic, Grandpa Slavko’s stories endow life in Višegrad with a kaleidoscopic brilliance. Neighbors, friends, and family past and present take on a mythic quality; the River Drina courses through town like the pulse of life itself. So when his grandfather dies suddenly, Aleksandar promises to carry on the tradition.

A fabulous bedtime show that’s perfect for a bedtime reading adventure! Join Max and his dazzling show! But in the end, even great magicians need to go to sleep. Max the Magnificent is a daring magician. He can make cookies disappear, make animals appear, and even tame savage beasts! Cheer as he makes a cookie disappear (very slowly)! Gasp as he asks for ten (yes, ten) bedtime stories! Will he be able to accomplish the most difficult trick and put off bedtime? 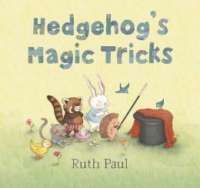 Like many amateur magicians, Hedgehog finds that his tricks don’t always proceed as planned. Mouse doesn’t quite disappear, Rabbit (being larger than Hedgehog) is difficult to pull from the hat, and Duckling is not quite brave enough to endure a turn as magician’s helper. But when Hedgehog’s friends see how sad he is, they provide a surprise that results in everyone agreeing that Hedgehog is very good at magic after all. Preschoolers will delight in the sweet illustrations and in seeing what Hedgehog doesn’t — his friends helping to make his day magical. 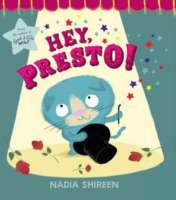 Friends Presto and Monty open a very successful magic show at the carnival, but Monty not only steals the spotlight, he starts to treat Presto very badly putting the show, and their friendship, at risk.

Summer 1869, and Sherlock Holmes and his friend Irene celebrate her sixteenth birthday by attending the theater to watch a celebrated magician make a real dragon appear on stage. It is the London sensation. Sherlock and Irene meet the magician, Alistair Hemsworth – just as he is arrested for the murder of his rival, The Wizard of Nottingham.

It seems that traces of the missing Wizard’s blood and his spectacles were found in Hemsworth’s secret studio. Hemsworth has a motive: not only is the Wizard his rival, but he also caused a scandal when he lured Hemsworth’s wife away. But is Hemsworth guilty? Sherlock has his doubts, and soon, so does the reader.