In 1885, few Jews in Israel used the holy language of their ancestors, and Hebrew was in danger of being lost—until Ben Zion and his father got involved. Through the help of his father and a community of children, Ben modernized the ancient language, creating a lexicon of new, modern words to bring Hebrew back into common usage. Historically influenced dialogue, engaging characters, and colorful art offer a linguistic journey about how language develops and how one person’s perseverance can make a real difference. 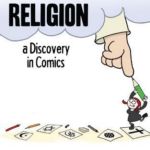 In 1941, ten-year-old Joseph Joffo and his older brother, Maurice, must hide their Jewish heritage and undertake a long and dangerous journey from Nazi-occupied Paris to reach their other brothers in the free zone. 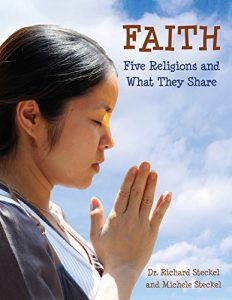 This kid-friendly exploration of faith provides a superb overview of Buddhism, Christianity, Hinduism, Islam and Judaism. Young readers will learn about different aspects of each religion, including historical origins and beliefs, holy texts, religious clothing and places of worship. They will also find out about the values, customs and symbols all five religions share, such as the golden rule, charity, prayer and candles. Straightforward, simple text makes the content interesting and accessible, as do the vivid photos of children around the world. Parents and teachers will find Faith an invaluable tool for teaching youngsters tolerance and respect for people of different beliefs.

Photo-essay focusing on two Israeli children, one Jewish and one Palestinian, who, in spite of their differences and the longstanding conflicts in the region, learn to play, work, and share ideas together at Summer Peace Camp, a day camp located in Israe

The extermination of Jews, political prisoners, homosexuals and other undesirables by the Nazis during the 1940’s is very well documented in hundreds of historical books, but without the eye witness testimony of the few who survived this period they become almost hollow.
In Fragments of Memory, Hana Greenfield relives the horrors of the European Jewish population, during what came to be known as the Holocaust, in spellbinding and horrifying detail.

She remembers family, friends and neighbors who were subjected to inhumane treatment, humiliation, hunger and brutality on a daily basis. She recalls horror, fear and sadness, but also brief and all too infrequent moments of hope and happiness, which are often followed by yet more despair.

Each story is well written in small, bite-sized chunks, and each can be read as a stand-alone piece or as part of the whole book, making it easy for the reader to dip in and out of the chapters as they please.

The sheer horror of Hana’s time in different camps, including the notorious Auschwitz, and the constant fear in which she was forced to live, is conveyed through these tales in a way that only one who had lived through it could deliver.

When sixteen-year-old Carlie learns that her older cousin Mitch is staying in Israel to study at an Orthodox yeshiva, she is upset and angry. Since she was orphaned years ago, Carlie and Mitch have lived together like brother and sister. In Israel Mitch finds fulfillment in studying the Torah, in his work as an artist, and in his new relationship with an Israeli girl.

In California, Carlie, her aunt Vivian and uncle Harry grow increasingly alarmed at Mitch’s defection. They fear he has been brainwashed. Aunt Vivian decides to take Carlie to Israel to lure Mitch back home. Once there, Carlie is awakened by Mitch’s new spirituality. After surviving a traumatic incident she realizes that she has a strength of her own. Finally, Carlie holds the key to the changing paths that each of them will take.

When his family leaves their war-torn country to come to live in America, a young boy has trouble adjusting, until his grandfather helps him find what he had missed most.

When little Mouse offers to find a lost lamb, the other sheep dismiss her. Sometimes the smallest member of the barnyard can get the biggest results, and Mouse is about to prove it.