Once upon a time, a young prince lost his smile.
It seemed nothing would make Prince Donald smile, not songs from the musician or cakes from the baker. The court magician tried to make a new magical beast for the prince, but it was so frightening he let it go. Still determined to help Donald, the magician’s granddaughter, Hana, invents a majestic creature with the body of a horse and the horn of a gazelle, and calls him ‘a unicorn’.
Hana and Donald playfully chase the unicorn through the forest, and it seems that this magical animal might hold the key to the prince’s smile. But then they discover a darker beast, lurking in the trees.
This is a sparkling origin tale from the creators of The Treasure of the Loch Ness Monster

Vincent, convinced a blood-sucking monster known as el chupacabras is responsible for the rash of dog disappearances in his neighborhood, enlists the help of his cousins Michelle and Bobby to catch the suspected killer. 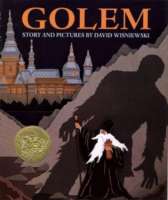 Retold from traditional sources and accompanied by David Wisniewski’s unique cut-paper illustrations, Golem is a dramatic tale of supernatural forces invoked to save an oppressed people. It also offers a thought-provoking look at the consequences of unleashing power beyond human control. The afterword discusses the legend of the golem and its roots in the history of the Jews. 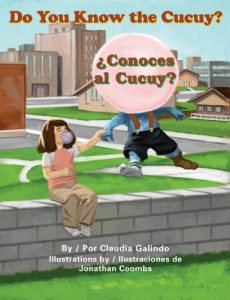