This work has been selected by scholars as being culturally important and is part of the knowledge base of civilization as we know it.

First published in 1990, this edition is a hand sewn trade paperback. Originally a first printing, several hundred copies were mistakenly bound in the wrong order. Recently discovered in a box in Chax Press’s former studio, these copies have been painstakenly unbound,correctly paginated, and hand-sewn with Irish linen thread, making an edition which is an improvement on the original paperback edition, at the same price.

“Stories are wondrous things,” award-winning Canadian author and scholar Thomas King declares in his 2003 CBC Massey Lectures. “And they are dangerous.” Stories assert tremendous control over our lives, informing who we are and how we treat one another as friends, family and citizens. With keen perception and wit, king illustrates that stories are the key to, and the only hope for, human understanding, He compels us to listen well. 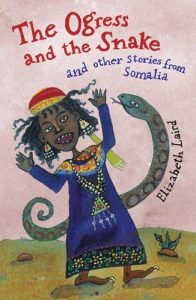 For millennia, Somalia has been crossed and recrossed by camel caravans of merchants bringing stories with them. Elizabeth Laird heard most of these oral retellings in Jigjiga, the capital of Ethiopia’s Somali region, in gardens, bars, small huts and beautiful old Harari houses. Some of them are written down here for the very first time. 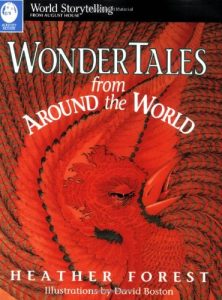 Includes twenty-seven folktales from Europe, Asia, Africa, India, the Arctic, and the Americas.

A twelfth-century Sanskrit parallel to “The Princess and the Pea” is just one of the surprises in this unusual collection, in which wily peasants, scheming rajahs, and saintly brahmans mingle in stories full of spice and wit. “An intriguing collection of 18 stories….skillfully retold….Vibrant, richly patterned full-page paintings and delightful spot illustrations transport children to a magical country of long ago.”–School Library Journal. 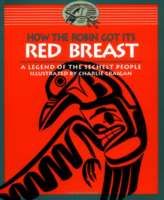 These traditional teaching legends come straight from the oral traditions of the Sechelt Nation. Simple enough to be understood by young children, yet compelling enough for adults, they are gentle, beautifully presented cautionary tales. You’ll want to read them again and again – and you’ll learn a few words of the Shishalh language while you’re at it. Charlie Craigan is a young Sechelt artist who works in a tiny studio set up in his bedroom. He studied traditional wood carving with Sechelt Nation carvers, but learned to draw and paint by studying books.

Sayings and proverbs are priceless verbal traditions for all to share. And everyone has a favorite. They are unique because in a few words, a deeply serious message can be woven. It is impossible to read proverbs and sayings without learning something important, and perhaps feeling that each one was written especially for you. The proverbs and sayings in this book cause a glow that makes you want to return to them again and again. Also included are rhymes (chiquillados), riddles (adivinanzas), beliefs (creencias) and a bibliography. The Spanish/English text is set in dictionary format for easy reading.