Before he was the first Black president of South Africa, Nelson Mandela (1918–2013) was a boy with a traditional Thembu upbringing. He went on to study law and become involved with African nationalist politics. The government had established an apartheid (a system of segregation that privileged white people), and Mandela worked to overthrow this system. He was arrested, accused of treason, and thrown in jail. When he was released, Mandela negotiated an end to the apartheid and was elected president. Though he was a controversial figure at the time, he is now seen as an iconic advocate for democracy and social justice. Inspiring and informational, Nelson Mandela tells the story of one of the greatest politicians and revolutionaries. It includes a timeline, glossary, and index.

When east London is targeted by a bomber, fifteen-year-old Alena, raised by her half-brother and his boyfriend, becomes increasingly rebellious and insistent on learning about her long-dead activist mother.

A bilingual biography of José Martí, who dedicated his life to the promotion of liberty, the abolishment of slavery, political independence for Cuba, and intellectual freedom. Written in verse with excerpts from Martí’s seminal work, Versos sencillos.

When asked to deliver contraband papers to her native island home of Cuba in 1852, twenty-year-old Emilia Casanova gulped audibly in a most unladylike manner. This was her chance to be in the thick of the rebellion against Spanish authority something she had always dreamed of instead of on the sidelines more befitting someone of her station. Even though she would be branded a traitor and endanger her family if she was caught, she pushed her fear aside and accepted the mission.

Back in Cuba following her first summer abroad, distributing seditious propaganda isn’t as easy as it had seemed while in New York. But she honors her commitment to the Junta Cubana, a group of Cuban revolutionaries living in exile in the U.S., and begins her efforts to convert compatriots to the cause of independence from Spain. She begins planting the seeds of insubordination in her social circle and enlists two of her brothers in the cause. Things become more dangerous when she targets soldiers in the garrison close to the family’s home, and it doesn’t take long for one of her brothers to be exposed. Soon Emilia’s father is forced to lead his entire family away from their home and into exile in the U.S.

Raised in an elite, slave-holding Cuban family, Emilia Casanova spent most of her adult life in New York City, where she worked passionately for Cuba’s freedom from Spain and the black man’s freedom from servitude. A wife and mother, she created the first women’s political organization dedicated to supporting the rebel cause during Cuba’s Ten Years’ War. Puerto Rican and Latino Studies professor Virginia Sanchez-Korrol introduces the fascinating but little-known story of a Latin American activist to an English-speaking audience.

As World War I draws to a close in 1918, German citizens are starving and suffering under a repressive regime. Sixteen-year-old Moritz is torn. His father died in the war and his older brother still risks his life in the trenches, but his mother does not support the patriotic cause and attends subversive socialist meetings. While his mother participates in the revolution to sweep away the monarchy, Moritz falls in love with a Jewish girl who also is a socialist. When Moritz’s brother returns home a bitter, maimed war veteran, ready to blame Germany’s defeat on everything but the old order, Moritz must choose between his allegiance to his dangerously radicalized brother and those who usher in the new democracy. 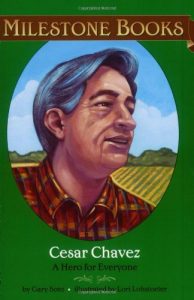