Ten-year-old Jimena loves El Salvador but when gangs threaten to force her to join, she and her mother immigrate to the United States, but are separated at the border.

Describes–in Spanish, English, and Nahuat–the characteristics of fire from the perspective of one little spark.

A middle grade verse history of Latinos in the United States, told through the voices of many and varied individuals ranging from Juan Ponce de Leon to modern-day sixth graders.

When Soviet troops invade Japanese-occupied Manchuria during the last days of World War II, 12-year-old Natsu Kimura must care for her younger sister as they struggle to survive and return to Japan.

Under the Broken Sky is a WOW Recommends: Book of the Month for April 2020. 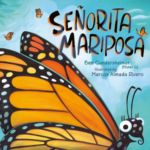 When a young girl visits the site of Africville, in Halifax, Nova Scotia, the stories she’s heard from her family come to mind. She imagines what the community was once like the brightly painted houses nestled into the hillside, the field where boys played football, the pond where all the kids went rafting, the bountiful fishing, the huge bonfires. Coming out of her reverie, she visits the present-day park and the sundial where her great-grandmother’s name is carved in stone, and celebrates a summer day at the annual Africville Reunion/Festival.

In many places around the globe, the new year starts on January 1. But not everywhere! Chinese New Year is celebrated in January or February. Iranians observe Nowruz in March. For Thai people, Songkran occurs in April. Ethiopians greet the new year at Enkutatash in September. All these diverse cultural, regional, and religious observances, and many others, have deep-rooted traditions and treasured customs.