In 1920s Cuba, Rima is bullied and shunned for her illegitimacy, but finds solace in riding her horse and forges unexpected friendships with others who share her dreams of freedom and suffrage. Includes historical note. 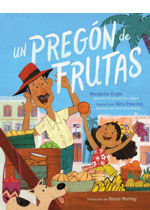 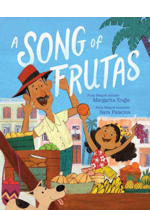 In Cuba’s “special period in times of peace” of 1991, Liana and Amado find love after their severe hunger gives both courage to risk government retribution by skipping a summer of labor to seek food. Told in their two voices plus that of the stray dog that brought them together.

This book is a WOW Recommends book of the month for December 2021.

Your Heart, My Sky is featured in A Dozen Poetry Books.

A biography of Cuban ballerina Alicia Alonso. Alicia Alonso’s artistic achievements are remarkable, considering that she became partially blind and lost her peripheral vision at age nineteen. From childhood, she exhibited a passion for dancing, studying first in Cuba and later in New York City, where she became an overnight sensation in Giselle and was promoted to principal dancer in Ballet Theater. Returning to Cuba in 1948, she founded her own company, which eventually folded due to lack of funding. In 1959 the Cuban government gave her enough money to establish a new dance school, Ballet Nacional de Cuba, which Alonso directs to this day. In elegant free verse and stunning artwork rendered in watercolor, colored pencils, and lithograph pencils on watercolor paper, Carmen T. Bernier-Grand and Raúl Colón capture the seminal events in Alonso’s life. The back matter includes a biography, Alonso’s ballets, choreography, and awards, a glossary, sources, notes, and websites

The situation is getting dire for Jews in Poland on the eve of World War II. Esther’s father has fled to Cuba, and she is the first one to join him. It’s heartbreaking to be separated from her beloved sister, so Esther promises to write down everything that happens until they’re reunited. And she does, recording both the good–the kindness of the Cuban people and her discovery of a valuable hidden talent–and the bad: the fact that Nazism has found a foothold even in Cuba. Esther’s evocative letters are full of her appreciation for life and reveal a resourceful, determined girl with a rare ability to bring people together, all the while striving to get the rest of their family out of Poland before it’s too late.

In order to heal after his mother’s death, thirteen-year-old Sal learns to reach into time and space to retrieve things–and people–from other universes.

A biographical novel about Antonio Chuffat, a Chinese-African-Cuban messenger boy in 1870s Cuba who became a translator and documented the freedom struggle of indentured Chinese laborers in his country.