In this invaluable introduction to a faith that for much of the West remains shrouded in ignorance and fear, Reza Aslan, an internationally acclaimed scholar of comparative religion, examines Islam: its rituals and traditions, the revelation of Muhammad as Prophet and the subsequent uprising against him, and the emergence of his successors. Aslan’s comprehensive text explores the complex history of the fastest-growing religion in the world.   No god but God is an engaging, accessible, and thought-provoking book for young people that is sure to stimulate discussion and encourage understanding of the Islamic faith and the people who follow it.

One day in 1798, woodsmen in southern France returned from the forest having captured a naked boy. He had been running wild, digging for food, and was covered with scars. In the village square, people gathered around, gaping and jabbering in words the boy didn’t understand. And so began the curious public life of the boy known as the Savage of Aveyron, whose journey took him all the way to Paris. Though the wild boy’s world was forever changed, some things stayed the same: sometimes, when the mountain winds blew, “he looked up at the sky, made sounds deep in his throat, and gave great bursts of laughter.” In a moving work of narrative nonfiction, Mary Losure invests a compelling story from history with vivid and arresting new life.

Students in grade 5/6 at Springvale Elementary, Halifax, have written and illustrated a book to address a variety of world issues in a positive manner. They wished to raise awareness about problems faced by kids all over the world by imagining what it would be like if the problems didn’t exist. All messages and illustrations depict positive images that send a message of hope and provide concrete ways for readers to take action to celebrate and improve our world wordby word.

The story of a lion, from birth to adulthood, photographed on location in the wild by an award-winning American photographer, who specializes in work with newborn animals. The text shows all the aspects of the animal’s life in the wild, accompanied by close-up pictures of the family group in its natural habitat. A spread at the back of the book gives further conservation information, including useful websites. 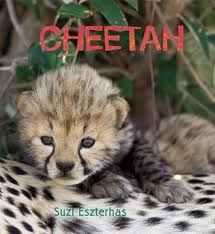 Cheetah cubs love to play with their mom. She lets them climb all over her! Follow a family of cheetahs from birth to adulthood in this unique wildlife book for young children, photographed close-up in the wild by an award-winning photographer. See how the mother cheetah protects her cubs, washes and feeds them, and teaches them how to hunt for their own food. And watch the cubs play – chasing, tackling and play-fighting. At last, at two years old, the cubs are ready to look after themselves, and one day they will start a family of their own.

From our earliest beginnings, we have shared our lives with animals. Explore the ties that people and their pets have formed from prehistoric times to present day.  With fun and fascinating facts, learn whether you are a Dog Person or a Cat Person, how to pick and care for your pet, and which animals are most closely linked to their wild roots. Discover purebreds and hybrids, rare and unusual pets, horses, birds, fish, guinea pigs, reptiles, and rodents. Part social history, part owner manual, Ann Love and Jane Drake present irresistible and heartwarming stories of pets through the ages, complemented by the captivating pen-and-inkwith- watercolor illustrations of artist Bill Slavin. 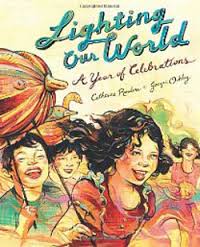 Throughout the year and around the globe, people use light — candles, bonfires, lanterns and fireworks — to celebrate special occasions. This richly illustrated book is an illuminating tour of the world’s brightest and warmest festivities. 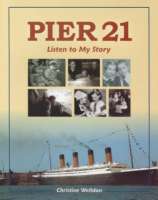 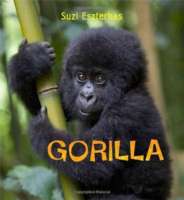 Far away, in the misty mountains of Africa, a baby gorilla is born. Follow the life of a mountain gorilla from birth to adulthood, in this unique wildlife information book for young children, photographed close-up in the wild by an award-winning wildlife photographer. Find out all about gorilla family life, including food, play, grooming, and communication, and watch one baby gorilla as she grows up until, on her sixth birthday, she is ready to have babies of her own! Also in the EYE ON THE WILD series: Cheetah, Brown Bear, Lion