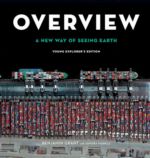 Discover Earth as you’ve never seen it before, in this stunning and unique collection of satellite images that offer an unexpected look at our planet. A perfect gift for young National Geographic fans and atlas enthusiasts! 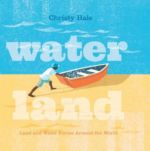 This unique information book for the very young switches between bodies of water and corresponding land masses with the simple turn of a page. Readers will delight as the story of Water Land unfolds and will see just how connected the earth and the water really are.

In this addition to the Scientists in the Field series, readers join scientists as they tackle something unusual in the world of ecosystems: colonization. Not a colonization by people, but one of cells, seeds, spores, and other life forms that blow in, fly in, float in, and struggle to survive on the beautiful but harsh new island of Surtsey.

Part science, part carnival–this winding adventure down the Amazon River with award-winning author Sy Montgomery and photographer Keith Ellenbogen explores how tiny fish, called piabas, can help preserve not only the rainforest and it’s often misunderstood inhabitants, but the fate of our entire environment.

Explore the incredible place we call home! Marvel at the physical planet, learn how the weather works, meet some of the most influential people from the past and present, and much more. Examine every corner of the Earth, from outer space to underground and from the Maasai steppe to Manhattan.

From the Big Bang to the present day, illustrated scenes tell the history of our planet in one continuous story in a beautiful large-format hardback for young and old.

Young readers can follow along as two children perform an experiment in which they create a new planet, replicating in ten steps the exact processes that formed Earth. 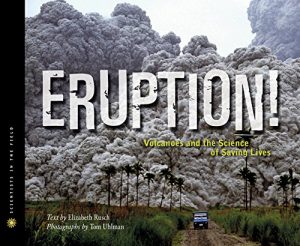 At 11:35 p.m., as Radio Armero played cheerful music, a towering wave of mud and rocks bulldozed through the village, roaring like a squadron of fighter jets.” Twenty-three thousand people died in the 1985 eruption of Colombia’s Nevado del Ruiz. Today, more than one billion people worldwide live in volcanic danger zones. In this riveting nonfiction book—filled with spectacular photographs and sidebars—Rusch reveals the perilous, adrenaline-fueled, life-saving work of an international volcano crisis team (VDAP) and the sleeping giants they study, from Colombia to the Philippines, from Chile to Indonesia.

The great northern forest—the boreal forest—is home to a unique ecosystem of animals and plants. It covers one-third of the earth’s total forest area and is home to so many birds that it is known as “North America’s bird nursery.” The forest is a treasure trove of riches, but it’s threatened by increased human development and climate changes. This gorgeous book teaches readers about the boreal forest and reminds them that it’s up to us to make sure the beauty and bounty survive.

It all started with water. But how did one river make such a deep canyon? Read on and find out.