The world, according to Grace, is under an ancient curse. There once was a princess named Obsidiana, who was trapped in time by the greedy king of Pangea. To protect Obsidiana from dark and gloomy days, the king put her in a crystal casket made of spider silk woven so tightly that time itself couldn’t penetrate. The king’s greed for power doomed his kingdom and the trapped princess. Sigrun sees eerie parallels between the tale of Obsidiana and the present-day crisis, and realizes it’s up to her and her friends to break the ancient curse and fix the world.

The Casket of Time is a WOW Recommends: Book of the Month for May 2019.

In this addition to the Scientists in the Field series, readers join scientists as they tackle something unusual in the world of ecosystems: colonization. Not a colonization by people, but one of cells, seeds, spores, and other life forms that blow in, fly in, float in, and struggle to survive on the beautiful but harsh new island of Surtsey.

Frances Dean loves to dance. She feels the wind and she dances. She hears singing birds and she dances. In her every waking moment, she is inspired to move. But as soon as anyone is around, Frances Dean’s knees begin to tremble, butterflies start to flutter in her tummy, and she forgets how to dance.

On the eve of Princess Sophia’s wedding, the Scandinavian city of Skyggehavn prepares to fete the occasion with a sumptuous display of riches: brocade and satin and jewels, feasts of sugar fruit and sweet spiced wine. Yet beneath the veneer of celebration, a shiver of darkness creeps through the palace halls. A mysterious illness plagues the royal family, threatening the lives of the throne’s heirs, and a courtier’s wolfish hunger for the king’s favors sets a devious plot in motion. Here in the palace at Skyggehavn, things are seldom as they seem — and when a single errant prick of a needle sets off a series of events that will alter the course of history, the fates of seamstress Ava Bingen and mute nursemaid Midi Sorte become irrevocably intertwined with that of mad Queen Isabel. As they navigate a tangled web of palace intrigue, power-lust, and deception, Ava and Midi must carve out their own survival any way they can.

Henry has a clubfoot and he is the target of relentless bullying. One day, in a violent fit of anger, Henry lashes out at the only family he has — his mother. Sent to live with other troubled boys at the Home of Lesser Brethren, an isolated farm perched in the craggy lava fields along the unforgiving Icelandic coast, Henry finds a precarious contentment among the cows. But it is the people, including the manic preacher who runs the home, who fuel Henry’s frustration and sometimes rage as he yearns for a life and a home.

As an adult, Benjamin Dove looks back on a childhood summer that changed his life forever. A summer when his new friend Roland, seemingly descended from the knights of the past, encouraged him to stand up for himself and for those he loves. It was a summer when he and his friends formed the Order of the Red Dragon that gave them a sense of identity and purpose in their turbulent world; a summer when innocent childhood games were torn apart by an almost inevitable tragedy. Benjamin Dove is a brilliantly conceived work of fiction, tinged with both light and dark humor. Disturbing themes are explored, from bullying to child abuse to rivalry, yet there is always a sense of a child’s unbreakable spirit. Published to acclaim in 1992, Benjamin Dove has won several book awards, including the International Board on Books for Young People Award (the IBBY), The Icelandic Children’s Book Award, and the Reykjavik City Children’s Book Award. It has also been made into a feature length film of the same name, that went on to win awards at eight international film festivals. Benjamin Dove is a timeless story that explores such perennial and poignant themes that it is sure to become a modern-day classic. The New York Times calls it a “best-selling, distinguished children’s book.”

Josh Stephenson’s thirteenth year starts with a baffling sequence of events, including an odd gift from his estranged father, the arrival of his flirty seventeen-year-old female cousin, locker-room teasing about certain embarrassing anatomical changes, and wondering if dreams of love can ever come true.

Katla’s hopes of dodging unfinished business during her senior year are dashed by the arrival of two “Icelandic exchange students,” Marik and Jinky, who have come to collect Katla’s frail baby sister and take her to the water queen. 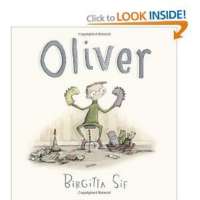 Oliver is different. He enjoys his solitude. He likes playing with his friends, who are puppets, stuffed animals, and other toys. With his rich imagination, Oliver’s day is never dull. There are bridges to cross, sharks to fight, and treasures to find! But maybe toys don’t always give a boy everything he needs. Maybe he needs another kind of companion. Will Oliver discover a way to be, well, different? When his tennis ball rolls across the lawn into the yard of the girl next door, he just might be surprised. 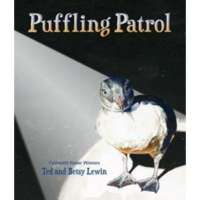 Ted and Betsy Lewin detail the annual rescue of baby puffins by the children of Heimaey, the largest island in the Westman Islands off the coast of Iceland. Includes additional information about puffins and the Westman Islands, glossary, and further reading.