It’s Luka Kane’s sixteenth birthday and he’s been inside The Loop for over two years. Every inmate is serving a death sentence with the option to push back their execution date by six months if they opt into “Delays”, scientific and medical experiments for the benefit of the elite in the outside world.

Jason Zhou, his friends, and Daiyu are still recovering from the aftermath of bombing Jin Corp headquarters. But Jin, the ruthless billionaire and Daiyu’s father, is out for blood. When Lingyi goes to Shanghai to help Jany Tsai, a childhood acquaintance in trouble, she doesn’t expect Jin to be involved. And when Jin has Jany murdered and steals the tech she had refused to sell him, Lingyi is the only one who has access to the encrypted info, putting her own life in jeopardy. Zhou doesn’t hesitate to fly to China to help Iris find Lingyi, even though he’s been estranged from his friends for months. But when Iris tells him he can’t tell Daiyu or trust her, he balks. The reunited group play a treacherous cat-and-mouse game in the labyrinthine streets of Shanghai, determined on taking back what Jin had stolen.

Sixteen year old Nalah leads the fiercest all-girl crew in Mega City, but when she sets her sights on giving this life up for a prestigious home in Mega Towers, she must decide if she’s willing to do the unspeakable to get what she wants.

In 2199 in the Neo State of Korea, eighteen-year-old Jaewon is partnered with supersoldier Tera, but their evolving love is threatened when Jaewon must choose among conflicting loyalties–to the totalitarian government that promises to end all war, the nationalist rebels his father followed, or the crime syndicate staging a coup.

In the explosive follow-up to The Catalyst, Rose Elmsworth faces a looming war as the world crumbles around her and shocking secrets come to light.

It’s 1955, and Benjamin Burrows and Janie Scott are trying to live a safe, normal life in America. It’s not easy, when they have the power to prevent nuclear disaster, and sinister forces are circling. Soon the advice of a mysterious, unscrupulous magician propels Janie and Benjamin into danger, and toward the land of the dead. Meanwhile, their friend Jin Lo washes up on a remote island where an American spy is stationed, and finds herself on the trail of a deadly threat in China.

Set in a future New Zealand where only the Citizen who asks no questions can achieve happiness, a renegade hero seeks to rescue his family in the State-sponsored Game of Life.

In a Brazil of the distant future, June Costa falls in love with Enki, a fellow artist and rebel against the strict limits of the legendary pyramid city of Palmares Três’ matriarchal government, knowing that, like all Summer Kings before him, Enki is destined to die. 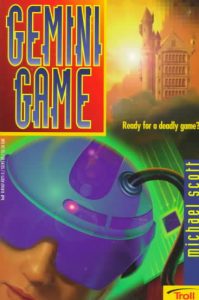 After people start falling into comas while playing their Night’s Castle game, “Game Makers” BJ and Liz play it themselves to see what is happening–and soon become involved in a game of life and death. 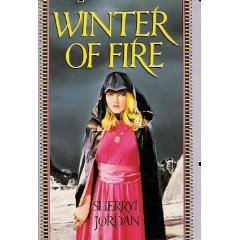 A slave girl’s strange visions earn her a coveted place as the Firelord’s handmaiden, but when the Firelord dies and is replaced by the handmaiden, she pays the price for her powers.