Sisters Madeline and Ruby travel to a Central American jungle to help find their missing father, a renowned bird watcher, only to discover a nefarious plot that puts their lives in danger.

When Cora and her younger sister, Mimi, are sent to stay with their great Auntie Ida in an isolated village in 1958, they discover that they are in danger from a centuries-old evil and, along with village boys Roger and Peter, strive to uncover the horrifying truth before it is too late.

“Nin had never liked Wednesdays, but this one took the cake. On this Wednesday she woke up to find that it was raining buckets and that her little brother had ceased to exist.” Nin Redfern wakes up one Wednesday to discover that her little brother, Toby, has vanished and no one — not her mother, not her grandparents — can remember him. Only Nin can, and she’s going to get him back. But when Bogeyman Skerridge (who always gets his child) comes for Nin too, she realizes that finding Toby is going to be a lot harder then she thought. Toby is trapped in the House of Strood, which is located in another land called The Drift, and Skerridge can’t — or won’t — help her find him. Left with no choice, Nin heads into The Drift with her new friend Jonas. The Drift is filled with the fabulous and the terrible, but a plague is slowly killing all the magical things. The Seven Sorcerers who ruled there might have been able to prevent it, but in the end, even they have succumbed. Can Nin find Toby before he falls victim to a terrible fate in the House of Strood and before the plague makes it impossible for them to get home? Can she and Jonas avoid the tombfolk, mud men, and various creatures who want to stop them? And what is the secret of the Seven Sorcerers?

In 1937, Shanghai is the Paris of Asia, a city of great wealth and glamour, the home of millionaires and beggars, gangsters and gamblers, patriots and revolutionaries, artists and warlords. Thanks to the financial security and material comforts provided by their father’s prosperous rickshaw business, twenty-one-year-old Pearl Chin and her younger sister, May, are having the time of their lives. Though both sisters wave off authority and tradition, they couldn’t be more different: Pearl is a Dragon sign, strong and stubborn, while May is a true Sheep, adorable and placid. Both are beautiful, modern, and carefree . . . until the day their father tells them that he has gambled away their wealth and that in order to repay his debts he must sell the girls as wives to suitors who have traveled from California to find Chinese brides. As Japanese bombs fall on their beloved city, Pearl and May set out on the journey of a lifetime, one that will take them through the Chinese countryside, in and out of the clutch of brutal soldiers, and across the Pacific to the shores of America. In Los Angeles they begin a fresh chapter, trying to find love with the strangers they have married, brushing against the seduction of Hollywood, and striving to embrace American life even as they fight against discrimination, brave Communist witch hunts, and find themselves hemmed in by Chinatown’s old ways and rules. At its heart, Shanghai Girls is a story of sisters: Pearl and May are inseparable best friends who share hopes, dreams, and a deep connection, but like sisters everywhere they also harbor petty jealousies and rivalries. They love each other, but each knows exactly where to drive the knife to hurt the other the most. Along the way they face terrible sacrifices, make impossible choices, and confront a devastating, life-changing secret, but through it all the two heroines of this novel hold fast to who they are–Shanghai girls.

It s the day of Lolo’s big sister’s quinceaÃ±era party, and suddenly everyone is too busy to play with Lolo. But when she lets her dog Gobi runfree, everyone notices. Vivid illustrations in acrylics and watercolor by Martha Avile 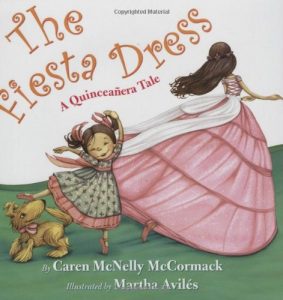 s skillfully portray Lolo using her fast feet and wits to outsmart Gobi and save her big sister’s special day!

The two younger daughters of an old washerwoman are lovely, foolish, and useless, while the oldest is homely, clever, and strong. When the two younger sisters disappear and are reported dead, Assunta resolves to discover the truth and rescue her sisters.

Snow White and her sister, Red Rose, let a cold bear into their home to rest one night, but as he leaves, he warns them of the dangers of a little man, so when a evil dwarf shows up on the doorstep, the girls begin to get very worried. 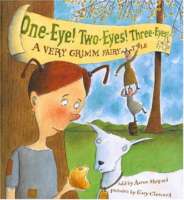 This is Two-Eyes. She has two wicked sisters. They make fun of her for having only two eyes and wonder why she can’t look normal like they do.

But Two-Eyes will show them. She’s got a fairy godmother, a magic goat, and a handsome knight to help her outsmart her terrible sisters and escape far, far away.

Young Jane — or Jenny, as she is called — is a girl with a head full of questions. Surrounded by her busy parents and brothers, Jenny finds a place for her thoughts in the companionship of her older sister, Cassandra. Theirs is a country life full of balls and visits, at which conversation inevitably centers on one topic: marriage. But the arrival of their worldly-wise cousin Eliza disrupts Jenny’s world, bringing answers to some of her questions and providing a gem of an idea.

When her beloved older sister Kate begins to act strangely and then disappears, twelve-year-old Mini discovers a shocking family secret while trying to find her.