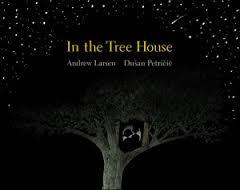 An evocative story about two brothers who are growing up (one faster than the other), an unusual summer night and a special tree house that proves childhood is not just a time but also a place.

Rye has defeated the sorcerer Olt, freed the island of Dorne, and rescued one of his brothers, but when he returns to the city of Weld with his three companions, he finds that very little has changed–the skimmer monsters still attack at night and the Warden is behaving very strangely.

When his grieving father orders the destruction of the Dark Library, Victor retrieves a book in which he finds the promise of not just communicating with the dead, but entering their realm, and soon he, Elizabeth, and Henry are in the spirit world of Chateau Frankenstein, creating and growing a body.

At night the skimmers fly over the Wall looking for human prey and the people of Weld huddle in their houses, but after his two brothers set out through the magic doors in an attempt to find the Enemy and don’t come back, young Rye knows that he must follow and find them.

Sixteen-year-old Sarah sells her soul to reclaim her family’s estate and is given 100 years to atone for their sins, but as the bargain nears its end, modern-day Tom, yearning to attend the private school that Darkwater Hall has become, gets caught up in the bargain.

Sent to live with relatives in England when his younger brother develops a rare form of cancer, Colin tries to see the Queen to help find a cure for his brother.

Newbery Honor winner Audrey Couloumbis (“Getting Near to Baby”) and her husband, Akila, deliver this gripping novel based on Akila’s boyhood experiences during World War II, after the Germans invaded Greece. What were once just boys’ games soon become matters of life and death for 12-year-old Petros and his older brother, Zola.

“Nin had never liked Wednesdays, but this one took the cake. On this Wednesday she woke up to find that it was raining buckets and that her little brother had ceased to exist.” Nin Redfern wakes up one Wednesday to discover that her little brother, Toby, has vanished and no one — not her mother, not her grandparents — can remember him. Only Nin can, and she’s going to get him back. But when Bogeyman Skerridge (who always gets his child) comes for Nin too, she realizes that finding Toby is going to be a lot harder then she thought. Toby is trapped in the House of Strood, which is located in another land called The Drift, and Skerridge can’t — or won’t — help her find him. Left with no choice, Nin heads into The Drift with her new friend Jonas. The Drift is filled with the fabulous and the terrible, but a plague is slowly killing all the magical things. The Seven Sorcerers who ruled there might have been able to prevent it, but in the end, even they have succumbed. Can Nin find Toby before he falls victim to a terrible fate in the House of Strood and before the plague makes it impossible for them to get home? Can she and Jonas avoid the tombfolk, mud men, and various creatures who want to stop them? And what is the secret of the Seven Sorcerers?

This book presents two tales from the Brothers Grimm, combined with Mr. Fox’s highly unusual interpretations of them.