The inspirational and little-known story of a dedicated teacher who coached Hawaiian swimmers all the way to the Olympics, beautifully told in simple rhyme.When the children of workers on a 1930s Maui sugar plantation were chased away from playing in the nearby irrigation ditches, local science teacher Soichi Sakamoto had an idea. He offered to take responsibility for the children — and then he began training them how to swim. Using his science background, Sakamoto devised his own innovative coaching techniques: he developed a strict practice regime for the kids, building their strength and endurance by using the ditch water’s natural current. The children worked hard under the dedicated Sakamoto’s guidance, and their skills improved. They formed a swim club and began to dominate in swimming events around the world.

Determined to execute the perfect cannonball dive, a boy tries to follow everyone’s advice but finally hears Nan, an expert and former champion, who advises doing it his own way.

Prince Albert comes up with a royally creative solution to Queen Victoria’s modesty concerns in this true story that reveals an overlooked splash of history. Poor Queen Victoria! She loves to swim, but can’t quite figure out how to get to the water without her devoted subjects glimpsing her swimming suit. (Because, of course, such a sight would compromise her regal dignity.) Fortunately for the water-loving monarch, it’s Prince Albert to the rescue with an invention fit for a queen! This quirky tale about the longest reigning monarch in British history is as fun as it is authentic, and the book includes a picture of the actual bathing machine Prince Albert created.

Follows the adventures of a duck whose fear of water prevents her from learning to swim until she is assisted by a kindhearted frog and forest birds who reveal how they overcame their own fears.

An assortment of animals join a mother duck in making noises in an effort to bring on rain.

Even though he loves water, Sergio the penguin is afraid to swim in the deep water until he learns how.

Joshua enjoys water splashing when he feeds the ducks, walks his dog, and especially when he and his grandmother splash in the swimming pool. 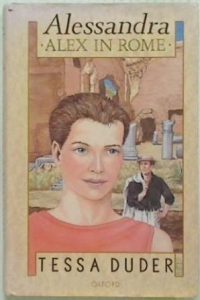 In Rome to compete in the 1960 Olympics, Alex Archer takes in the sights in the Eternal City, begins a relationship with an expatriate New Zealander, and prepares for the biggest swim meet of her life. 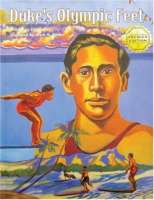 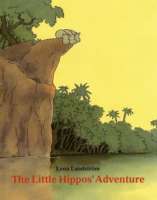 Life for the little hippos is always the same: diving and swimming to their hearts’ content. Except the hippos think that it would be more fun if their diving board could be higher, as high as Tall Cliff. But they’re not allowed to go to Tall Cliff because it’s too dangerous. Each day they ask if they can, and each day they are told no. Finally, one day they are allowed to go there to bathe – cheers and jubilation. They are happy and hungry when they are swimming home, and they completely forget to watch out for trouble.