Unusual from the day she is born, Thunder Rose performs all sorts of amazing feats, including building metal structures, taming a stampeding herd of steers, capturing a gang of rustlers, and turning aside a tornado.

James Lee and Uncle Big Anthony become victims of Wee Winnie Witch, who takes them on a ride up into the sky, but Mama Granny saves them.

Based on African-American folktales told in the South during the plantation era, a collection of stories originally gathered by journalist Martha Young pays tribute to the human spirit in the face of terrible hardship.

Retells the final adventures and misadventures of Brer Rabbit and his friends and enemies.

The famous poem, taken from The collected poems of Langston Hughes. 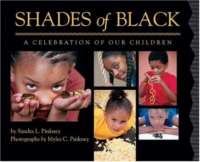 Photographs and poetic text celebrate the beauty and diversity of African American children. 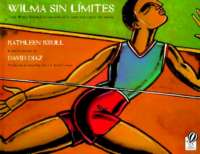 A collection of ghost stories with African American themes, designed to be told during the Dark Thirty–the half hour before sunset–when ghosts seem all too believable. With an extraordinary gift for suspense, McKissack brings us ten original spine-tingling tales inspired by African-American history and the mystery of that eerie half-hour before nightfall–the dark thirty. “The atmosphere of each selection is skillfully developed and sustained to the very end. Pinkney’s stark scratchboard illustrations evoke an eerie mood, which heightens the suspense of each tale. This is a stellar collection for both public and school libraries looking for absorbing books to hook young readers. Storytellers will also find it a goldmine.” 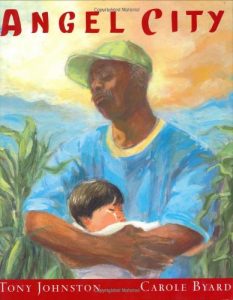 Old man Joseph never imagined a family could start this way. When he finds a baby abandoned on a lonely L.A. street, he vows to raise it as his own. He’s an old farmer and knows nothing of parenting, even less about raising a Mexican baby.Yet Joseph keeps his promise and with time he realizes that even in the darkest barrio, there is a world to explore, songs and stories to be shared. Even in the darkest barrio, there is love.

Illustrated by Caldecott-Honor Medal winner Carol Byard and beautifully told by Tony Johnston, Angel City is a moving tribute to the strength of family no matter its form. 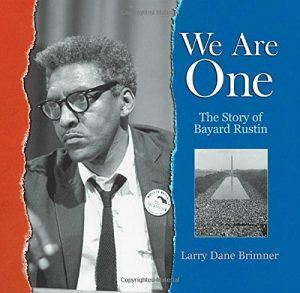 Bayard Rustin dedicated his life to helping others—fighting injustices and discriminations—so that people could live as one. Protesting segregation long before there was a civil rights movement, he often was arrested for his beliefs and actions. As a nonviolent activist, Bayard made his mark working alongside many African American leaders, notably A. Philip Randolph and Martin Luther King, Jr. As an organizer, Bayard was largely responsible for bringing people together to walk for freedom and jobs in Washington, D.C., on that memorable summer day, August 28, 1963. With style and careful attention to history, Larry Dane Brimner captures a story of passion, courage, and triumph through Bayard’s own words and archival photographs in this Jane Addams Children’s Book Award winner.