This book unearths the mysteries of the Mawangdui tombs. Lady Dai’s mummy was so remarkably preserved that scientists were able to perform an autopsy—more than two thousand years after Lady Dai’s death. The tomb also protected hundreds of artifacts from the Han Dynasty. Miniature servants, mysterious silk paintings, and scrolls holding long-lost secrets gave invaluable clues to daily life in ancient China. 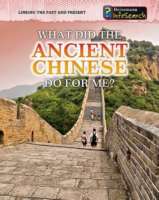 From the seismograph to ice cream to fireworks, the Ancient Chinese continue to influence all aspects of contemporary life. Read this book to find out more about how we encounter links to the ancient world every day.

Learn about 100 jobs you might never have imagined existed and discover fascinating facts about more than 4,000 years of life in China

This book focuses on the discoveries and inventions of the ancient Chinese civilization in the areas of transportation, agriculture, architecture, science, and technology.

Ancient China. Han Dynasty. Ping has found peace in the shadow of the Tai Shan mountains where she struggles to rear Kai, the small purple dragon left in her care. But her past is chasing her. Who can she trust? Ping must find a place that is safe for Kai. 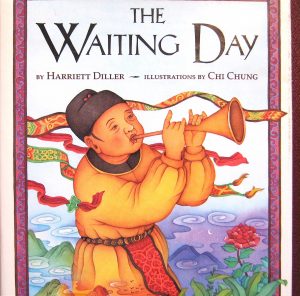 In ancient China, a hardworking ferryman who tries to please his demanding and unappreciative passengers learns an important lesson from a beggar sitting patiently by the riverbank.

Retells a Chinese folktale in which a clever and kindly cricket is responsible for designing the tower buildings for Beijing’s “Forbidden City.”

According to Chinese tradition, those who die hungry or unjustly come back to haunt the living. Some are appeased with food. But not all ghosts are successfully mollified. In this chilling collection of stories,Ying Chang Compestine takes readers on a journey through time and across different parts of China. From the building of the Great Wall in 200 BCE to the modern day of iPods, hungry ghosts continue to torment those who wronged them. At once a window into the history and culture of China and an ode to Chinese cuisine, this assortment of frightening tales—complete with historical notes and delectable recipes—will both scare and satiate! 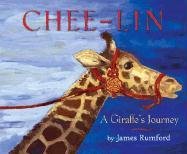 Eighty years before Columbus, China sent ships to explore the world.The Chinese discovered many marvelous things, but one discovery stood out above the others: the chee-lin.This chee-lin was just a giraffe, but to the Chinese it was an omen of good fortune so rare that it had appeared only once before—at the birthof Confucius.In a storybook in which each page evokes the richness of far away places and long-ago days, James Rumford traces the chee-lin’s journey from Africa to Bengal to China, weaving a tale not just of a giraffe but of the people he meets along the way.