Adele Joubert loves being one of the popular girls at Keziah Christian Academy. She knows the upcoming semester at school is going to be great with her best friend Delia at her side. Then Delia dumps her for a new girl with more money, and Adele is forced to share a room with Lottie, the school pariah, who doesn’t pray and defies teachers’ orders.

When Irene is removed from her First Nations family to live in a residential school, she is confused, frightened and terribly homesick. She tries to remember who she is and where she came from despite being told to do otherwise. When she goes home for summer holidays, her parents decide never to send her away again. 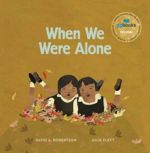 When a young girl helps tend to her grandmother’s garden, she begins to notice things that make her curious.

At a very strict school in Indigenous Nation, everyone but Holden stays in line until they reach the door at the end of the school day.

A young Aboriginal girl is taken from the north of Australia and sent to an institution in the distant south. There, she slowly makes a new life for herself and, in the face of tragedy, finds strength in new friendships. Poignantly told from the child’s perspective, Sister Heart affirms the power of family and kinship. 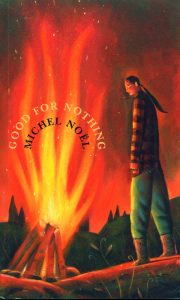 At an English boarding school in the 1930s, crime-solving friends Hazel Wong and Daisy Wells struggle to find an exciting mystery to investigate until Hazel discovers the dead body of Miss Bell, the science teacher.

Through a series of strange coincidences, orphan Edie finds herself at Knight’s Haddon, a stately boarding school for girls. But Edie is not just another student–under normal circumstances, she could never afford to go to boarding school. She’s been sent to Knight’s Haddon by her art-dealer uncle to investigate the disappearance of a precious crystal bird that belongs to his secretive client’s daughter. Anastasia, a Russian royal, has a fragile disposition and a melodramatic bent–or so the headmistress and all the other girls say. Edie’s assignment is not only to find the missing glass bird; it’s to befriend the troubled blueblood and keep a watchful eye on her.