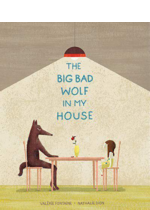 Life wasn’t always this hard for 14-year-old Mvelo. There were good times living with her mother and her mother’s boyfriend. Now her mother is dying of AIDS and what happened to Mvelo is the elephant in the room, despite its growing presence in their small shack. In this Shakespeare-style comedy, the things that seem to be are only a façade and the things that are revealed hand Mvelo a golden opportunity to change her fate. We Kiss Them With Rain explores both humor and tragedy in this modern-day fairy tale set in a squatter camp outside of Durban, South Africa.

When Irene is removed from her First Nations family to live in a residential school, she is confused, frightened and terribly homesick. She tries to remember who she is and where she came from despite being told to do otherwise. When she goes home for summer holidays, her parents decide never to send her away again. 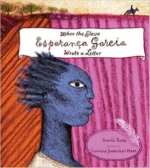 A heartwarming tale about the importance of caring for strays. In Billy’s small town, stray cats are running wild, and there’s growing pressure to get rid of them. The school bullies don’t even hesitate to throw rocks at the poor creatures! So when Billy finds a wounded, starving kitten and sneaks her home, he has to be extra-careful to keep her hidden while he nurses her back to health. However precious little Conga is to him, he knows his dad would take her away if he discovered her, safe and warm in Billy’s bedroom. Can Billy and his friends confront the cat abusers, convince the town of the importance of caring for abandoned animals, and find a safe haven for strays?

From Ireland’s first laureate for children’s literature comes a story of abuse and neglect told with sincerity, heart, and a healthy dose of humor.  Jono has always been able to cope with his mother’s drinking, but when she hits his little sister Julie, he decides it’s time for them to run away. Told in Jono’s funny, self-conscious voice, the layers of his past and the events of his escape are gradually revealed.

A fictionalized biography of the Nobel Prize-winning Chilean poet Pablo Neruda, who grew up a painfully shy child, ridiculed by his overbearing father, but who became one of the most widely-read poets in the world.

Seventeen-year-olds Maddy Fisher and Rich Ross yearn for love, and after their first attempts at relationships go awry, they find one another and form a deep bond that can only be expressed one way.

Alive in the Killing Fields is the real-life memoir of Nawuth Keat, a man who survived the horrors of war-torn Cambodia. He has now broken a longtime silence in the hope that telling the truth about what happened to his people and his country will spare future generations from similar tragedy. In this memoir, a young Nawuth defies the odds and survives the invasion of his homeland by the Khmer Rouge. Under the brutal reign of the dictator Pol Pot, he loses his parents, young sister and other members of his family. After his hometown of Salatrave was overrun, Nawuth and his remaining relatives are eventually captured and enslaved by Khmer Rouge fighters. They endure physical abuse, hunger and inhumane living conditions. But through it all, their sense of family holds them together, giving them the strength to persevere through a time when any assertion of identity is punishable by death. Nawuth’s story of survival and escape from the Killing Fields of Cambodia is also a message of hope; an inspiration to children whose worlds have been darkened by hardship and separation from loved ones. This story provides a timeless lesson in the value of human dignity and freedom for readers of all ages.