Cook’s Cook follows the 1768 journey of James Cook’s H.M.S. Endeavour with his ship’s cook, the one-handed John Thompson, as story teller. Through real recipes from the ship’s galley, events on board and the places the ship traveled on its way to the Pacific, the book tells multiple stories. Here are stories of social class, hierarchy and race; stories of explorers and the people of the land; the story of one of the world’s most famous explorers told through a fresh new lens. This beautiful book is full of information drawn from extensive research alongside evocative illustrations, released to coincide with the 250th anniversary of the Endeavour’s journey.

Baltasar Infante, a bookmaker’s apprentice living in 1492 Spain, can weasel out of any problem with a good story. But when he awakes one night to find a monster straight out of the stories peering at him through his window, he’s in trouble that even he can’t talk his way out of. Soon Baltasar is captured by a mysterious arm of the Spanish Inquisition, the Malleus Maleficarum, that demands he reveal the whereabouts of Amir al-Katib, a legendary Moorish sorcerer who can bring myths and the creatures within them to life. Baltasar doesn’t know where the man is or that he himself has the power to summon genies and golems. Baltasar must escape, find al-Katib, and defeat a dreadful power that may destroy the world. As Baltasar’s journey takes him into uncharted lands on Columbus’s voyage westward, he learns that stories are more powerful than he once believed them to be–and much more dangerous.

Describes the history and customs of the Aztec civilization from its beginnings to its conquest by Spanish explorers. 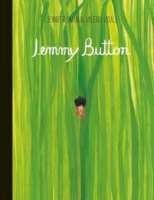 Inspired by the true story of Jemmy Button–a native boy from Tierra del Fuego who was taken to England to be “civilized”–this book illustrates Jemmy’s extraordinary encounters as an outsider in an unfamiliar land and his emotional return home….

After his anthropologist father disappears from the Gobi desert while tracing Marco Polo’s ancient route from Venice to China, 11-year-old Mark suffers an asthma attack. To distract the boy, Doc Hornaday tells Mark the tale of Marco Polo. Marco’s journey bolsters Mark’s courage and whets his appetite for risk and adventure. Illustrations.

This book introduces inspiring women whose passions for exploration made them push the boundaries, including Nellie Cashman, Annie Smith Peck, and Delia Julia Denning Akeley. In 1527, the conquistador Cabeza de Vaca set sail for the Spanish territory of La Florida. His aim was to explore and colonize an unknown land that stretched from present-day Florida to Texas.

Provides the story of an Eskimo boy who, after being brought from his home in Greenland to New York City by explorer Robert Peary, was forced to deal with the death of his father, and the loss of everything familiar to him. A brief account of the life and accomplishments of Christopher Columbus.