In his latest adventure, Wolf visits a museum to investigate and explore! Follow along with Wolf and his friends as they visit a museum for the first time. Why were museums built and what is inside of them? Discover this and more in the latest addition to the beloved Wolf series.

Twelve-year-old William Wenton is a puzzle-solving genius. He lives with his family in a quiet Norwegian town. They used to live in England, but eight years ago his family suddenly packed up, moved away, and even changed their last name! Neither of his parents will offer an explanation or tell William why he has to keep his talent for solving codes and puzzles a secret. But then a special exhibit comes to the local museum: the Impossible Puzzle. The experts say it is unsolvable, but William’s sure that he can crack it if he gets a chance.

Welcome to the museum! There are more than 160 historical artifacts to be discovered in Welcome to the Museum: Historium. Wander the galleries of this museum whenever you wish—it’s open 365 days a year!—and discover a collection of curated objects on every page, accompanied by informative text. Each chapter features a different ancient civilization, from the Silla dynasty of Korea to ancient Rome.

A little boy sees a Roman child’s sandal in a museum display case and wonders about its former owner.

During what seems like an ordinary museum visit, a tour guide lures Sunni and Blaise through a painted doorway-and they discover they’ve stepped into eighteenth-century London. When they realize their “tour guide” will do anything to get more information about what Sunni and Blaise know about magical paintings, they attempt to flee and encounter body snatchers, art thieves and forgers.

When Claudia decided to run away, she planned very carefully She would be gone just long enough to teach her parents a lesson in Claudia appreciation. And she would live in comfort-at the Metropolitan Museum of Art. She invited her brother Jamie to go, too, mostly because he was a miser and would have money The two took up residence in the museum right on schedule. But once the fun of settling in was over, Claudia had two unexpected problems: She felt just the same, and she wanted to feel different; and she found a statue at the museum so beautiful she could not go home until she had discovered its maker, a question that baffled even the experts. The former owner of the statue was Mrs. Basil E. Frankweiler And without her help Claudia might never have found a way to go home. 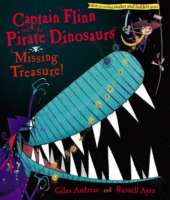 SHIVER ME TIMBERS!The treasure of pirate Rufus Rumblebelly has disappeared form the museum!Luckily, captain Flinn eagerly takes the helm and heads to Bag o’ Bones Island. . .only to be met by a rogue gang of pirate dinosaurs with swords at the ready! Flinn and his friends may be able to triumph, but are they prepared to face the fierce, frightening, and most terrifying-looking pirate GIGANOTOSAURUS?Climb aboard for this rambunctious follow-up to the successful Captain Flinn and the Pirate Dinosaurs!

The United States Holocaust Memorial Museum opened in Washington D.C., in April 1993. This book walks the reader through the museum, floor by floor. It interweaves the story of the Holocaust with a description of the museum. The book describes the Nazis’ rise to power, the “final solution”, and the aftermath of the Holocaust (1945 to present).